Who Am I? My Introduction To The STEEM Community!

I've been thinking a lot about how to introduce myself properly, and quite frankly everything seemed so boring and average that I eventually decided to do more writing than thinking, otherwise I would be on the same ground as I was a few days back haha.

I've heard of STEEM a while back actually, a friend of mine was a firm believer and we used to cover a variety of topics related to blockchain technology, whereby I remember him talking about STEEM network, a place where you can earn for blogging and curating. At that time I was still a newbie and it felt hard to digest the idea of earning for something as unofficial as blogging. It's not like I couldn't understand the value of digital content as we are progressively expanding in that direction, but I had a hard time processing the concept.

Over time, as I progressed and learned the fundamentals regarding both crypto and traditional system, the bricks just started coming together, it's like I experienced epiphany overnight and out of nowhere everything just became clear.

I just joined the party a bit later. haha

That's a great question though, If I asked myself that same question two years back I wouldn't know either.

Perhaps, it would be wiser to represent the ideas I stand for rather than describing how I look or what I do - it depends on a perspective tho haha.

Let's just say I'm a legit crypto enthusiast, likely a libertarian, and certainly curious individual. What I love about myself is that I constantly question everything and am not afraid of changing my mind in case there's a solid ground for the change to happen. I spend most of my time doing research about cryptocurrencies, the economy, tokenomics, and blockchain technology so it felt rational to make it live on-chain eternally. haha

Unlike many, I'm not in search of wealth per se, more like in search of free time that will allow me to do what I love. The chains of the system became exponentially harder to outplay as more and more wealth is distributed in hands of few while the rest of us can go... fuck ourselves. And it's a fact, there's no conspiracy here, just look at the data.

That's the beauty of numbers, they don't lie.

You could argue I'm a bit frustrated and you would probably be right lol. How to not be frustrated when the game is not in your favor and there's little you can do. That's why crypto matters, it provides an alternative socio-economic game in which the wealth is distributed a bit more fairly

So, for the time being, my first goal is to both share and consume knowledge. Given that I'm new here I will probably explore the system in days to come and would love to hear some feedback and links on where to start.

This communities thing I understand, but there are actually a lot more buttons than I thought haha.

Question for the community.

I have a problem though.

Can anyone help me set my profile picture?

I thought the settings might help me out, instead, this happened. Tried looking for it everywhere but couldn't find it.

Welcome to the world of Steem!

If you want to get started right away, the following community could be of interest to you: 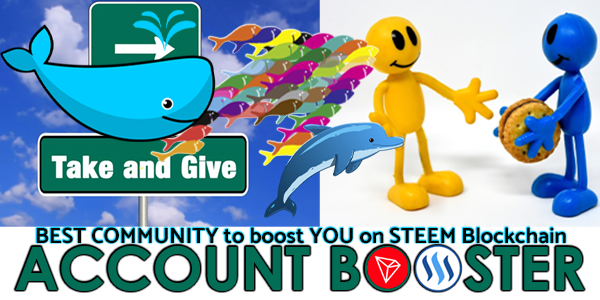 You are also invited to take part in my daily delegation draws.
There are 100 and more SteemPower to be won every day.
100 SP can make the start much easier for newcomers in particular.
Here is the link to the current raffle: I wish you a great time on our blockchain!

However your introduction post should be made in newcomers community you can navigate this community using this link.
https://steemit.com/created/hive-172186

You are also required to pass the verification process by taking a photograph of yourself holding a paper with your username and date of making this post on the paper. You can update your profile picture via this easy steps..
Step 1 Thanks for the help man. Will try setting it as soon as I get home.

The thing is that I don't feel comfortable revealing my identity to anyone, especially not my picture. If it's a must, I'll rather skip it :)

The verification process is one way we know who is human and who is not, it's also a mechanism against bots. I kept wondering why you chose @cyberrat as your username, now I know why lol.

Just because I don't want to show my face to someone I know nothing about doesn't mean I have nothing to say.

Besides, it's not something obligatory in general.

Thankfully, it doesn't actually matter what you think :)

I didn't mean to sound rude about your preferences and I understand why you are hesitant about revealing your identity. Maybe you feel comfortable about it soon with your stay here.