Are you looking for a fun date night activity? Try Archery!!

Last night I channeled my inner Merida and Katniss and took an archery lesson! Surprisingly I didn't shoot any arrows into the floor, walls, ceiling or J's butt! As the instructor taught us how to hold our bows (and everyone else looked like a pro) I had some worries that I was definitely going to be a liability with a bow and arrow, but actually I managed to aim fairly well and I had a lot of fun. 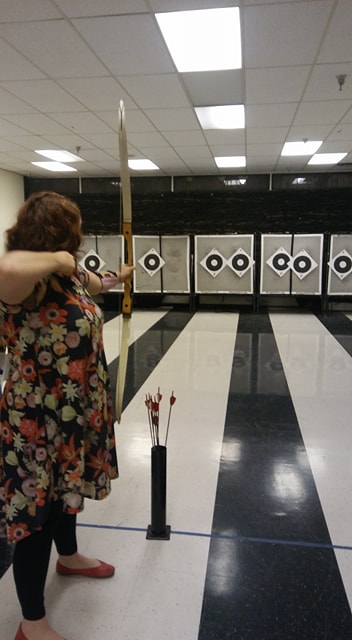 A few months ago, J and I talked about taking up a new hobby together, so that we had a shared interest. He suggested I take up computer games, but that wasn't super appealing to me so I suggested that we start a new hobby that neither of us had, like archery. We had a giggle, J didn't think we could do archery in the back garden when the kids were in bed, he thought I would accidentally shoot someone! We settled back into watching movies in the evenings, and as it turns out, right after that I joined Steemit (which was one of his hobbies).

For Valentine's Day I got J a groupon for an archery lesson, I thought it was hilarious and he seemed pretty excited. I traded babysitting with a friend who is going to try kickboxing on their date night, and we went to the shop. There were some pretty impressive, and intimidating, bows there. Luckily we started off with basic ones! First the instructor had us practice holding yoga resistance bands and flicking them, to show us that whip burn is no joke! We all had on protective armwear and dutifully practiced! He taught us how to stand and the correct follow through motion for when you release the arrow. The instructor was clearly very knowledgeable, but he had a great sense of humour too!

Then we moved on to the real bows and were taught the correct stance, how to hold the bow, where to put the arrow and how to aim. Then we got to shoot! At first we were just aiming for the giant square. My first arrow was a bit too high and went into the wall behind, but I wasn't the only one and I was able to adjust my aim and hit the box the next time. Here is @getonthetrain lining up his shot. 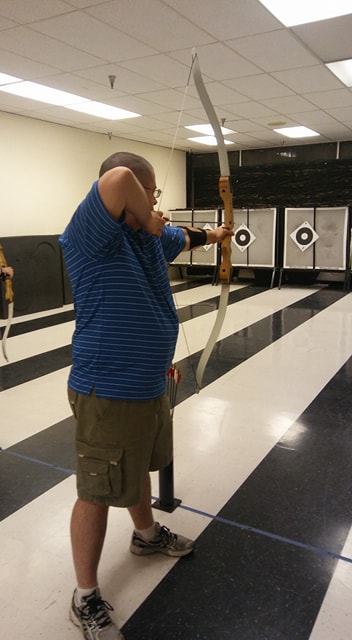 After 4 arrows, we all went to collect them and started again. By this time my nerves had gone and I was really enjoying myself, I got really excited when I hit the box and I think J found that funny! As we got going I was pleased to find that I was in the middle of the class and doing ok.

After a few rounds we progressed to targets. I was determined to hit the bullseye, so carefully adjusted my aim each time until I got so close!! J was getting his arrows really close together each time in a tight cluster, but mainly got them in the black. Here is my closest shot, I was pretty excited when I got it in as from further away it looked like a bullseye! All in, I got 1 in the center, 5 in the white, 22 in the black and then 10 on the outside of the square. That is 38 of my arrows that actually hit the target, and 6 that went awry! While I don't think I will be winning any Olympic medals in the near future, I would definitely go again. It was actually quite a thrill lining up the arrow and then watching it hit the target! Don't let J's face fool you, he enjoyed archery but dislikes photos!! 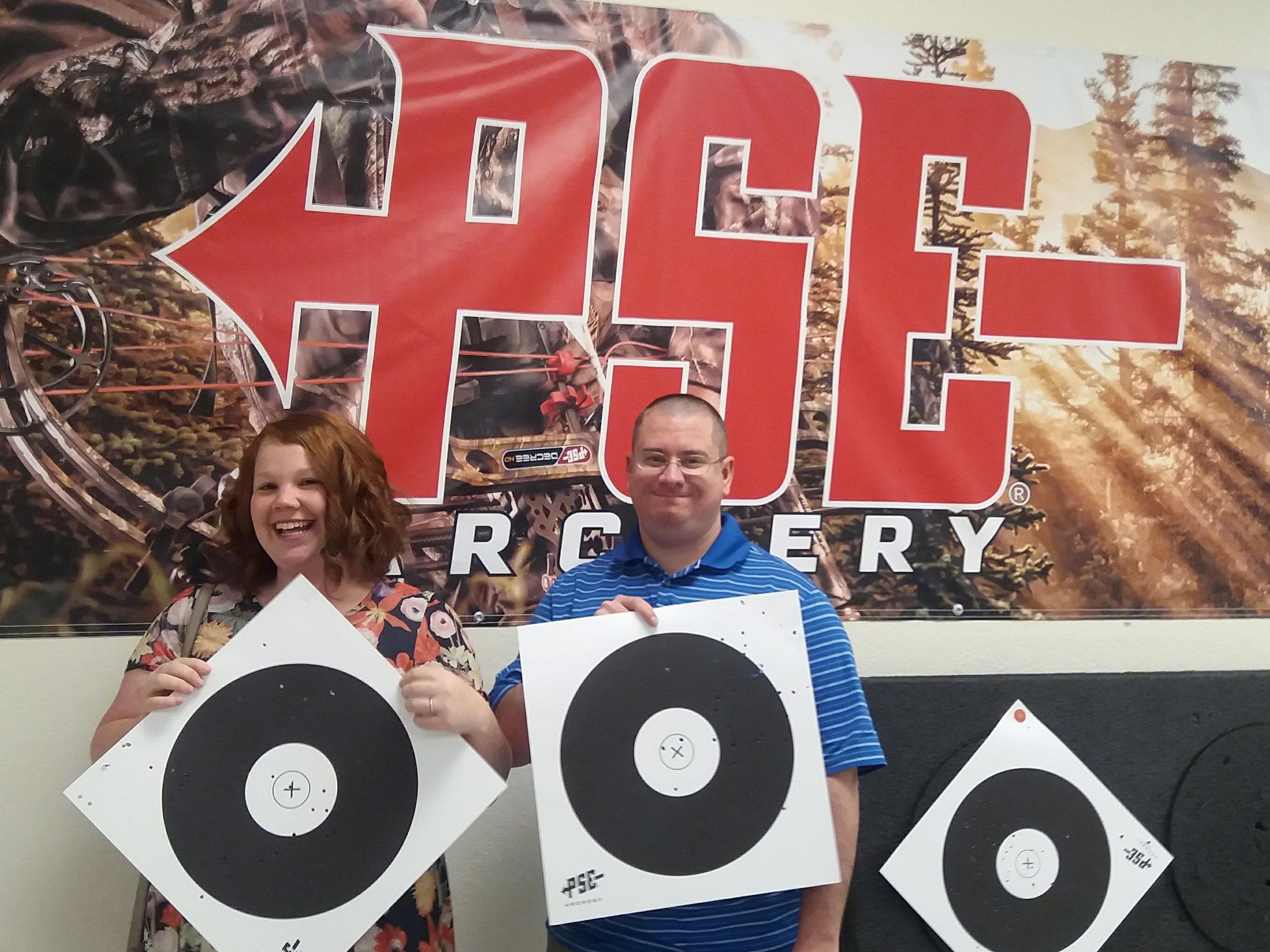 Have you tried archery? I think it made for a really fun date night.

That is so funny. Do you blog together or just at the same time? I had never used a bow and arrow before, but it was really fun. Do you go often?

I dont get to hardly ever bow shoot. I loved the stretchy idea for preparing to pull back ( arm strength is my weakness) he does his own thing but we have it in common :)