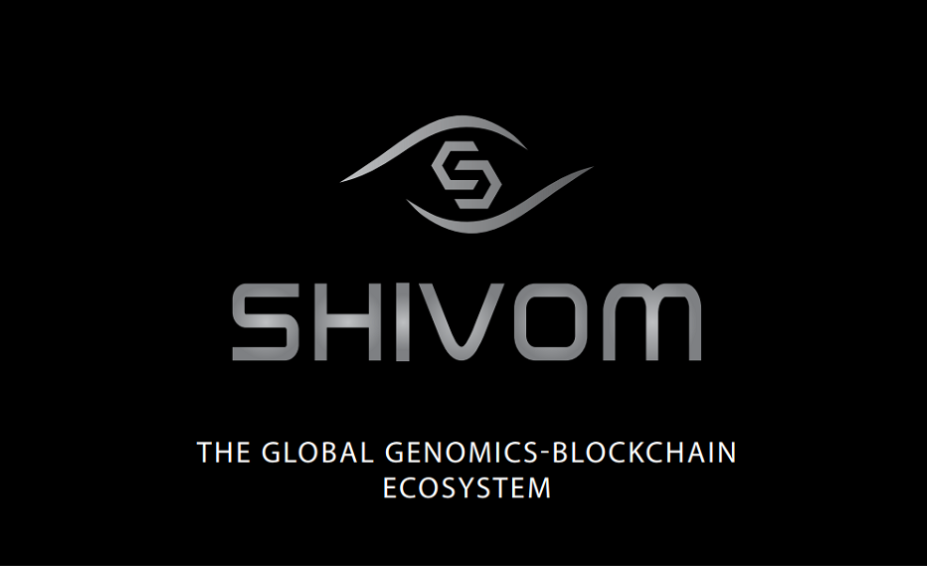 Many of us believe, that blockchain is going to change the world we are living in. Bitcoin was just a start which happened to be the very first application implemented as a payment system on blockchain network. Blockchain Technology itself has the higher potential in almost every industry. We have witnessed companies working towards different blockchain based solution for us and some of them already have or will be used in real life situations.

Shivom project is based on revolutionizing medical care industry by solving various problems with blockchain. Medical care is more than $8.7 trillion Industry in the current situation.

We already know the problems in healthcare solutions we have currently. We also know that our DNA or Gnome holds the secret behind most of our diseases. Shivom is trying to solve this problem by bringing our DNA or Gnome on blockchain network. where our data is safe with us and sharable upon our will.

Since our DNA is the key to solve many issues in the human body by bringing DNA to the blockchain network enables us to get the best treatment not only for our selves but to our future generation as well.

for the better understanding of Shivom Project, I would highly suggest watching their video:

This would help users to get the proper medical attention they require in any part of the world. There are many companies we know in the medical industry, researching on different diseases and cures based on a very limited amount of data available. As their study is limited to a very small group of people willing for clinical trials.

According to their whitepaper, Gnome data on blockchain will not only help increase the data for analyzation but also provides the right to users for sharing it with such companies. Allowing effective treatments to be available more quickly. This would also allow help healthcare companies in patient recruitments on large scale.

Own Your DNA & Health Records

Bringing health records and DNA on blockchain, would enable users to control their data, according to shivom's whitepaper.

Since everyone like to keep their health data safe and private. Shivom blockchain is based upon users will of sharing. Which technically allows users to control the information to be shared.

It is also mentioned on their official website that they already have signed a MoU with Government of Andhra Pradesh (Indian Continent). Which make me interested to look at their technology and ICO. This pretty much ensures that Shivom will be in real life use case after the ICO or when their technology is ready.

I would love to read your thoughts on Shivom in the comment section below. I strongly believe in knowledge sharing.

Disclaimer: I am not a financial advisor, everything I've mentioned above is my own opinion and should not be considered as financial advice. I encourage everyone to do their own research before investing in any cryptocurrency.

Why cant this be done on a simple govt funded database? Why and what is blockchain doing with this?

Also since dna is unique, even if someone knows my dna pattern, without knowing my name, how will it be a risk for me.

Lastly, MoUs have no meaning. They are not legally binding contracts, just statement of future intent. In case of India, they are election propaganda.

Secondly, when we talk about DNA you are quite right on your part. but consider this if your Son uploads his/her DNA on the network he would come to know about all the genetic diseases. However it's not just DNA record, There are many people who don't want to share their medical record with everyone and openly. Keeping this data on blockchain completely eliminate the risk of data loss or even hacked or stolen.

I do understand that MoU has no meaning of any contract but this ensures that they liked the project and willing to give it a try.

Hi mate, thanks for responding.

I am assuming here, and please correct me if I am wrong, that medical research companies probably pay for a very specific type of DNA dataset. Samples that they can study to find cures to uncommon conditions or possibly for cancer research etc. As far as a generic sample of DNA is concerned, it can be collected from restaurants, hair cutting salons, coffee shops and it will be anonymous. People are leaving their DNA in the air everyday and they aren't worried about losing sensitive information. What they are worried about is talk they have with a psychiatrist or people getting to know about their medical conditions, if they don't want to disclose it. Moreover, if a name tag is not attached to a DNA sample, it is pretty anonymous, unless, someone finds that person and does a DNA test again to match it with an anonymous sample they found.

Medical records yes, and even now I don't think people will be willing to sell their medical records for money, specially if they consider it sensitive. Because if a medical research company can buy data or access data from shivom, then that company can lose that data. Risk isn't mitigated at all.

And trust me on this. If you hear any news coming out of India about MoUs specifically, just ignore them. The information technology minister for state of Andhra Pradesh in India is the Chief Miniter's son and is pretty young. The blockchain bug must have bit him and this must have been for the upcoming elections in the state. I am from India and I can tell you how politics in India works.

btw, thanks for responding to my previous message. It's good to engage in conversations about projects. if anything, I will walk away learning something from you. So thanks!

I am very interested in this shivon revolution, I also agree with your opinion.

Bringing health and DNA records on the blockchain, will allow users to control their data, according to whitepaper shivom.

this is one of the future medical programs.
Thanks for this @bunnychum
I will be your loyal follower, @wiralhokseumawe Thank you, Even I think bringing DNA data on blockchain with user control is quite an impressive idea.

I agree with you @bunnychum very good

Well yeah thats a great step. Yes DNA is responsible for all the rare and genetic diseases. Ok I'll watch their video. Thats a good initiative

Thank you @tulhachouhdry, I do agree that DNA is the key for most of genetic diseases

Yes exactly... My new post is out about body facts.I'm sure you wanna check.

Great Idea. I have always advocated for owning your own medical history and now your DNA. This seems like a good way to control how and where your information can be shared and used. followed upvoted and resteemed

This alsomeans the end of the last piece of privacy... I wonder when we are allowed to die. Why humans want to live forever if the biggest part is suffering, without money and healthcare

@wakeupkitty This is why we require a change which is coming with blockchain solutions.

Well I hope the change to die is involved as well. I keep an eye on your posts

The revolution of medicine iss amazing looking at the current trend of events, thus is it now surprise to me shivon has this wonderful ideas, i believe it is possible and that it will come to pass

great technology project. thanks for @bunnychum

Love this project especially their community-based feature :D Thanks for the share bunny :D @bunnychum

@cyberwarrior thank you for appreciating :)

Hey guys really you should watch out for INT:

@deuceace would definitely look into this. Thank you for pointing it out.

Right that blockchain is going to change the world

@information7 The Genie is already out of the bottle :)

My DNA is shit, I don't even think Bitconnect wants it

Why would bitconnect wants your DNA? I didn't understand your comment. @fuckmylife

Wow that very nice, good ideas thanks for sharing

Oh thank you bro . Adrop and bounty yes , no

@xuanphuc98 Don't know about bounty or airdrops from Shivom but you can contact them.

Their ICO is live at https://shivom.io If you are interested :)

I am new user here.Can we help each other ? 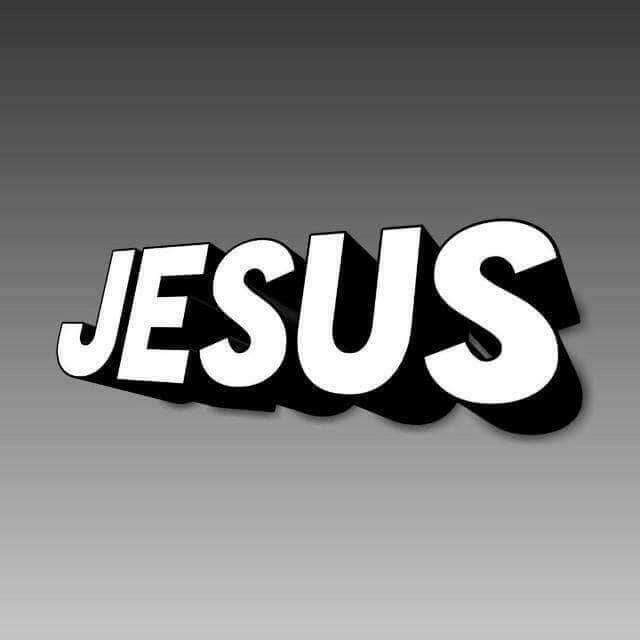 This post has received a 4.02 % upvote from @booster thanks to: @bunnychum.

For a total calculated bidbot upvote value of $194 STU, $396 USD before curation, with approx. $48 USD curation being earned by the bidbots.

This information is being presented in the interest of transparency on our platform @bunnychum and is by no means a judgement of your work.

upvoted! :)
Follow us back @aitrading.com and learn more about AITrading-ecosystem.

One of my wishes is for a breakthrough in medicine and technology for curing Thyroid problem. As of the moment, there isn't any permanent cure for thyroid diseases. Patients like my daughter can only take an anti-thyroid medicine as a maintenance to control her hyperactive hormones from her thyroid. We also have to continually monitor her hormone levels to adjust her dosage. For now it is a life long medication for her.
I really hope and pray this dna in blockchain can do something to end this inherited disease for good.

Yes, everything is fine, but I do not understand why you need to pass KYС for the bounty members, because I do not invest the currency.

Shivom are changing the dynamics of the global healthcare market. We are utilizing the most advanced technologies including blockchain, cloud computing, genome sequencing, artificial intelligence, and big data analytics to bring medical genomics into a new era.