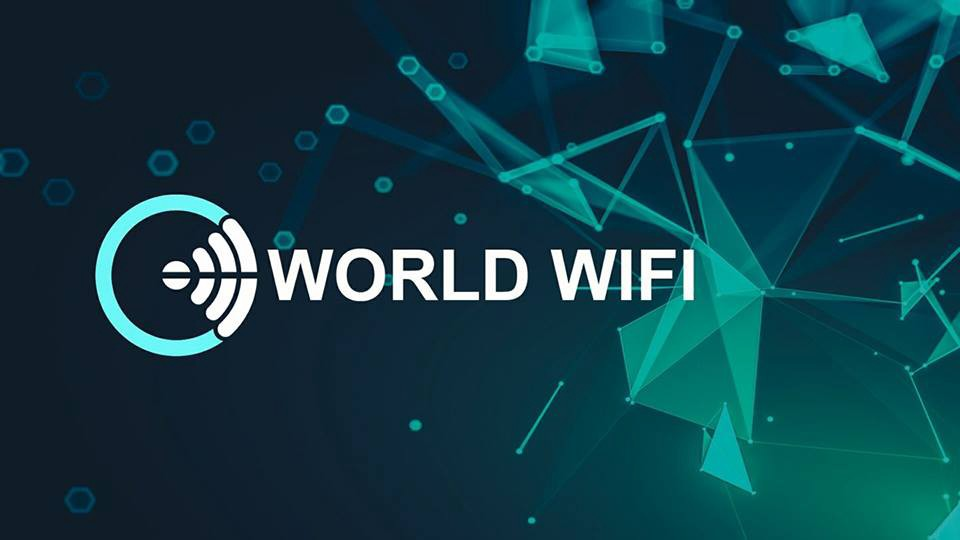 We are technology hungry people and when it comes to blockchain, we mostly like to see companies working towards bringing solutions in real-life use cases, World WiFi seems one of them. It's true that most of the ICOs have been a failure in the past but that doesn't mean that we should ignore good projects. In my opinion, It's important to do some research about the project and analyze the team behind before you invest.

Who is World WiFi? World WiFi is a blockchain solution, bringing Free WiFi to the world by using your wifi network. This blockchain solution has been developed by two different companies already working in Europe market by the name of "RADIUS WiFi" & "ADRENTA".

RADIOUS WiFi is the company, who is providing WiFi HotSpot to its customers. ADRENTA is an advertising agency for wifi hotspot networks. We have two different companies already working and having experience in similar tech which is already a point worth considering. As it's not something designed by a startup but they are bringing their business services and experience to this blockchain solution. They already have a number of customers to bring on this solution.

According to their website, they have already covered 80 cities in Europe with 100 advertising partners 14,000 open WiFi HotSpot networks:

According to their whitepaper, It is designed to work on existing wifi routers. Where you can provide free access to the internet and get to earn WT tokens from the advertising.

Internet users on your network don't require to pay anything but rather can enjoy free internet by watching an advertising video before getting access to free internet. WiFi HotSpot providers & router owners are designed to pay via blockchain using smart contract based on Ethereum Network.

This is not just a solution for WiFi router owners or guests connected for free internet access but this seems to be a great solution for advertisers by reaching their target audience.

For in-depth information on their use case, I highly suggest watching their video below:

This is also very interesting fact that they are also open for United States investors for their ICO. As it's mentioned that attornies they've hired for their company have adviced that there's no reason, why the US security or regulations community should deny access to this ICO. Since, it's not a security & stated how it's used as a utility. Therefore US is allowed to participate in this ICO.

For all the participants of the TOKEN SALE the BTC/WeToken and ETH/WeToken rate will be fixed as follows:

Currently, their soft cap token sale has been ended and they have entered in hard cap token sale. They have introduced 258,000,000 WT Tokens for sale in their ICO. They have also decided to burn unsold Tokens at the end of Token sale.

According to research, there are over 50 million publicly available WiFi networks and still growing rapidly. This is currently untapped market by any blockchain solution and it seems quite possible for them to bring most of existing WiFi hotspots on their blockchain solution despite their existing clients.

Disclaimer: Everything mentioned above is based on my own research and opinion, should not be considered as an investment advice. I encourage everyone to do their own research before investing in any cryptocurrency or ICO.

@cicbar they already have business in 80+ cities. They are just upgrading their business to blockchain now. I think this would help them a lot.

it's great! thanks for sharing

Thank you for a great review of the World Wi-Fi project! You can also learn more at @world.wi-fi

It's always a pleasure introducing projects that have the potential for real-life use cases.

I think the idea is a great one but I wonder if it has hickups in practical terms. Like for those living in big cities. I can't even access my wifi while sitting on my porch, how is someone going to access it if my wifi router is on the 13th floor of a building?

@dugan I think they will only be providing with the software to install on your existing router and there are routers and antennas available for higher coverage.

Moreover there are businesses like cafes & restaurants running their private WiFi hotspot networks.

So cafes and restaurants might be more interested in signing up for this thing because they could earn money off of others. That makes sense.

do you think this will work? i have my doubts, not that it isnt a good idea, but there are way too many hurdles in each market. maybe i'll do a bit more investigating.. thanks for the post

@vandigital Sure mate, I am also open for discussion. I love exchanging thoughts.

I've been paying attention to some related projects with mobile data (dent) and there was another wifi project that i can't seem to recall atm.. what do you think some of the hurdles might be in getting something like this off the ground to make a real impact?

ok, this is a platform that providing wifi worldwide, we just have to pay the wifi via cryptocurrency instead of fiat? the wifi technology is based on blockchain technology? this worldwide wifi is going/having ICO? what am i reading?

@arion6868 project name is worldwifi their technology is based on, you can provide free WiFi to people and earn in crypto. People don't pay anything to have WiFi access. Yes they have an ICO live

I really sympathize with the underlying use case and basically renting off unused infrastructure, so in that sense, it is very similar to car sharing.

However, sufficient market penetration of this model will probably de-incentivize current providers of free wifi to continue their services.
Thus we might actually end up with having less truely free wifi.

Additionally, I have my doubts regarding everyone's wifi security beeing up for the challenge.

@bogenschleif They have mentioned in their whitepaper that WiFi Hotspot you would be creating for guests to access would create a completely separate network, to make it secure.

Thanks for sharing your opinion. :)

Very informative article. The way you have elaborated all the features of this project is awesome. You have always provided the best of reviews till now and I have realised that you understand crypto, way better than the majority of us. Keep up the good work @bunnychum

Thank you @honeychum, you've always been a great motivation for me.

thank you for appreciation @nehab

Your posts always give me new information. You are doing a great job for our community by making us aware of the new tech. Keep going, my friend.

no dout its great ICO Review
i appreciate this post
thank for shared .by which a great income based on wifi.really informative post

Like the food and bath of the people, the WiFi has become a part of daily life. Without it, the life is like a fight.

@raselkhan566 I second that, WiFi & Internet has become a basic need for everyone.

Very interesting project.
Like the food, cloth,mobile and shelter of the people, the WiFi has become a part of daily life. Without it, the life is like a fight, this project an change the internet facility.

thank you @sreecanvas, I do agree with you on the point that Internet & WiFi has become a basic need for everyone nowadays.

What an beautiful post and combined with a perfect mixture of.Anyway, great work. You're always pushing your limits and getting better, and I find that admirable.

@sajib121533 Thank you, I really appreciate your gesture.

One of the most growing coin. it could be great next generation.

Any airdrops that we could announce?

@haseez not that I know of.

so may be this ICO hasnt announced any. Thank you and good work :)

If this work,it will be a great project!

Great and smart solution, i liked. Please fool me back @azroel thaks brother.

very intersting project.... thanks for share
good for you
![DQmbfCLe2xuqAM33yaostvy57ZyLWYjX2YiuWsPaX8sttdR_640x480.png]( 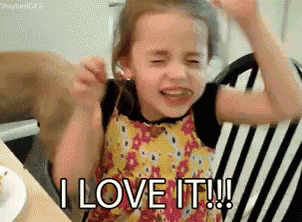 According to research, there are over 50 million publically available WiFi networks and still growing rapidly.

Great post. I'd appreciate that you see my content as well. I do technical analysis for the community with a focus on teaching. thanks sir @bunnychum for great information...i hope you will be success.

Resteem bot Service! Promote Your New Post.Find New Freinds - Followers - Upvotes. Send 0.400 SBD and your post url in memo and we will resteem your post to 9000+ followers from two different account.@stoneboy and @vimal-gautam.

You got a 9.55% upvote from @postpromoter courtesy of @bunnychum!

iCoinCourse - the best software to check the rate of your cryptocurrency with comfort.
https://icoincourse.com/ 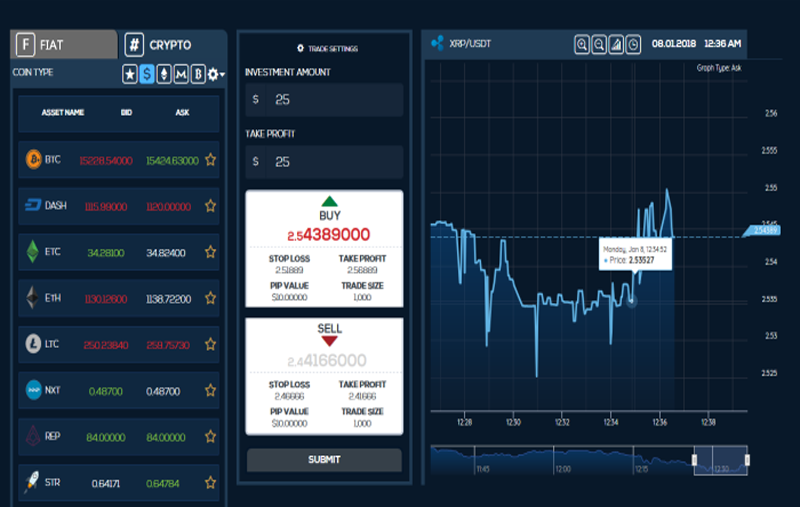 For a total calculated bidbot upvote value in the amount of $183 USD.

This information is being presented in the interest of transparency on our platform @bunnychum and is by no means a judgement of your work.

Hey, just wanted to let you know I gave you an upvote because I appreciate your content! =D See you around

The comment from @greentomorrow is far from being sincere. It has been identified as being copy/pasted comment spam intended to trick their targets into upvoting them. Please, refrain from doing so. They have been reported to @steemcleaners as well as downvoted and we are giving people a heads-up until they are dealt with. Thank you!

Hello, are you looking to earn extra cash? Earn money by paid surveys and etc. I recommend Clixsense. Free to sign up by clicking below link.

Love trading? iCoinCourse is the best software for traders!
Receive notifications when course grow up or grow down.
Download there: https://icoincourse.com/

Love trading? iCoinCourse is the best software for traders!
Receive notifications when course grow up or grow down.
Download there: https://icoincourse.com/