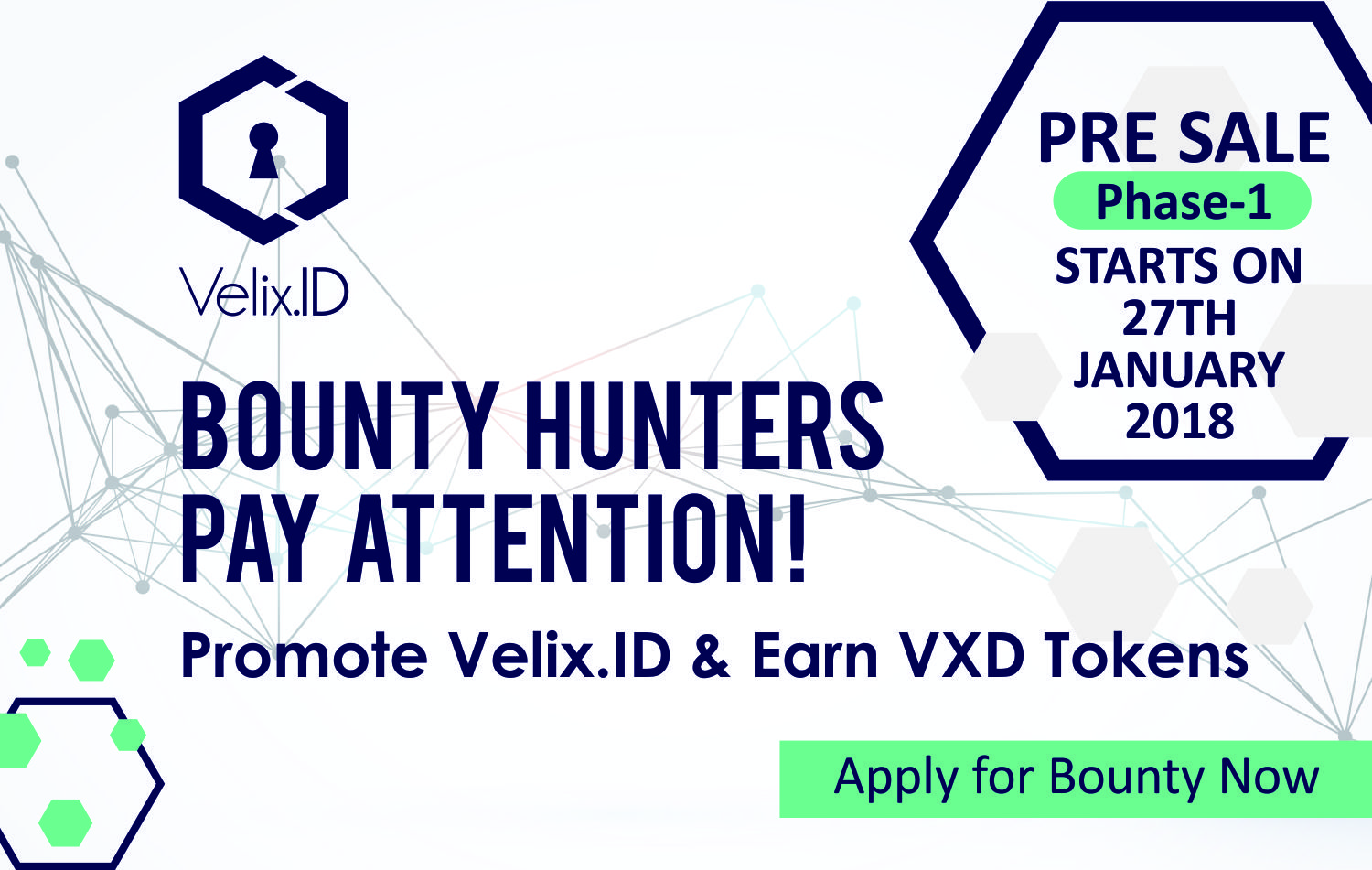 We are happy to announce details about the official Velix.ID bounty program. We invite you to participate in our bounty campaign and help us build a wide and strong community.

Velix.ID offers 0.75% of all tokens supply (100 Million VXD Tokens) for the bounty program i.e 750,000 VXD tokens, which will be distributed among the participants by using the “Stakes” System.

Bounty participants will be split into bounty pools based on their method of contribution, with each pool having its own distribution of Velix.ID tokens (VXD).

Participants will get stakes during the campaign and at the end of the campaign, each member's amount of bounty VXD tokens will be calculated and distributed on the basis on work.

Bounty Campaign will last for 4 weeks and will be extended if successful.

For any other questions, not related to the bounty program, please visit VELIX.ID ANN THREAD

Congratulations @iamkalwani! You have completed some achievement on Steemit and have been rewarded with new badge(s) :