The developers of this project are focusing on a open-world VR video game that is story driven, with VU (Virtual Universe) tokens being used as the in-game currency. A key goal that is outlined in this project is for world-building to be available along with other creative mechanics: comparable to Minecraft, according to the developers. Also, an in-game economy that is driven by UV tokens will be available, allowing players to buy and sell created and modified goods from other players.

Potential competitors are outlined in the whitepaper, and can be see as follows:

A notable difference that separates VU from the competition includes the goal of procedural generation based off AI that responds from biometric data from the user.

The whitepaper outlined six uses of blockchain technology, which can be seen below:

Tokens will be on sale July 1st, and the sale is scheduled to end on September 30th. There will be 1 billion tokens generated, and token allocation is as follows: 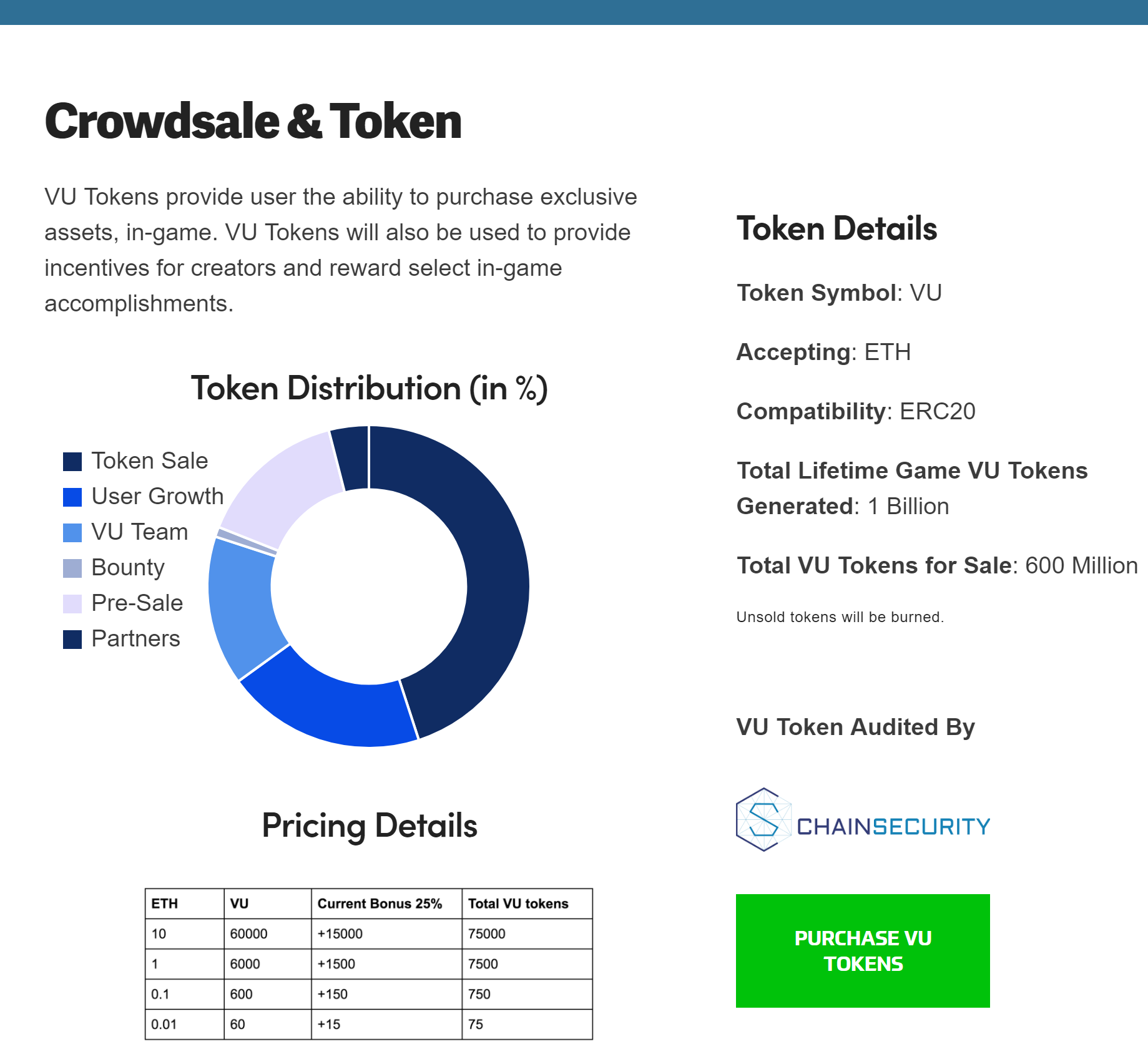 This project has overall ambitious and lofty goals, which can be respected. However, the amount of information regarding the use of the tokens and what the overall gameplay will be like is what worries me the most. It seems like a bit of blind trust in terms of hoping that the developers develop a well constructed economy for the tokens, and having such little information regarding what gameplay will be like makes this ICO seem like a bit of a gamble.

Resteemed to over 18300 followers and 100% upvoted. Thank you for using my service!

its video was many information for us.. thanks for shared info!

You got a 8.63% upvote from @redlambo courtesy of @thatconeshape! Make sure to use tag #redlambo to be considered for the curation post!

You got a 23.51% upvote from @thebot courtesy of @thatconeshape!
Delegate us Steem Power & get 100% daily rewards share!

hey, this post resteemed by @manikchandsk to over 7200 followers and voted. good luck
thanks for using our service.
send 0.300 sbd or steem to @manikchandsk and keep post link in memo that you want resteem + 60 upvote.
click for details..https://steemit.com/manikchandsk/@manikchandsk/post-resteem-upvote-service