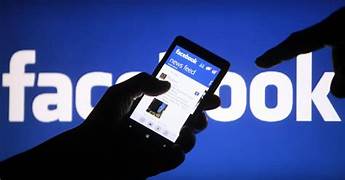 The whole world's social media users have asked for a question right now, whether Facebook should be deleted or not? It is worth mentioning that a news agency named Cambridge revealed that all the information about users was leaked out of Facebook, and there was a sensational issue.

It has been reported that in the US presidential election of 2016, it has been used to campaign for election campaigning with about 50 million Facebook accounts. As a result, naturally panic users of the net world are also using Facebook users.

But not only this way, the data leaked through various apps from Facebook. And many people are going to fall in the trap. To protect yourself, learn about some of the world's social media networks.
What type of link comes from danger?
'Which movie do you look like a star?' 'Which profession should you go to in the future?', 'What animal do you have in common?', 'What kind of people are you?' Many people in this type of app want to get themselves scratched and share it on Facebook.

Experts say clicking on these links means that there are dangers, threatening calls Since then, the user's personal information is handling many apps.

And how could you come in danger?

Yes, your opinion about Facebook is exactly what is currently one of the most popular digital media in the world. We are not only uploading our own pictures on Facebook but there are many more benefits on Facebook. With Facebook we are at a very high level in the current digital era.

thanks for info frinds

yes it is the right post and very important of people.