Hello Steem! Allow me to introduce myself...

After much prodding by @unrared, I have been thrust into Steem in an effort to diversify my social media intake and contribute to something positive and growing.

My name is Joel Ward, or Klondike Joel to a good chunk of Northwest Washington. I was born just outside of Portland, Oregon, raised in Juneau, Alaska (hence the nickname), but came into my own in the heart of Seattle, WA at the ripe age of 17. I have been happy to call Whatcom and Skagit Counties home for the last 12 years. I am an avid reader, lover of comics, musician, vinyl fanatic, and gamer.

My favorite books include stereotypical ones like "The Hitchhiker's Guide to the Galaxy" and the Harry Potter series, anything Scott Snyder, Chris Claremont, and Geoff Johns have done pretty much ever, and abstract collections like "Sex, Drugs, and Cocoa Puffs" and Springsteen's "Born to Run". My music tastes run the gamut of the 80s & 90s So-Cal punk scene, alt-rock like Jimmy Eat World, classic hip-hop and backpack rappers, and of course the aforementioned Boss. Lately I've been playing a lot of ARK: Survival Evolved, RimWorld, and PUBG, but I've put unknown hours into Starbound and Marvel Heroes Omega since their individual inceptions. 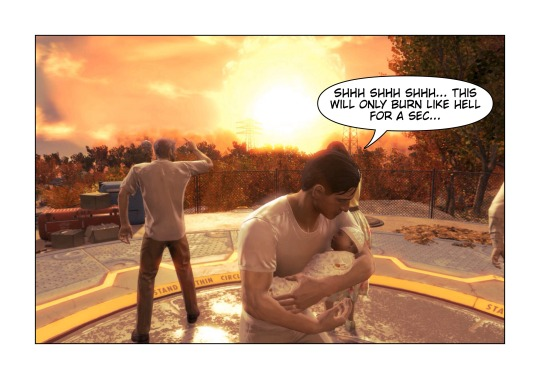 I have a super rad wife from Philly, which makes for some good times (that east-meets-west cultural divide is a truth). We have 3 fur babies, and I'm sure you'll see plenty of posts about regarding their shenanigans. Two older dogs, Chopper and Dutch, and a rawkus of a cat named Tifa that just turned 2 and is always up to something. Once upon a time @unrared and I had a punk band that developed a little bit of a cult following in our area, releasing some tunes and causing a bunch of chaos. While we hung up the hat on that project, making music is still very much a part of my life I hope to revisit again, soon. 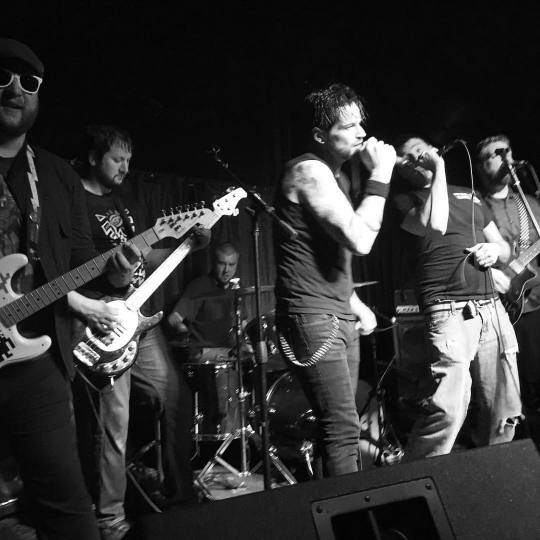 Professionally, I work in various aspects of IT, from platform/software support to hardware solutions, but I secretly hope to open a pub, one of these days, to cater to our burgeoning nerd culture scene.

Welcome! Joining Steemit will change your life. Please consider checking out minnowsupportproject.com and @minnowsupport. It is a great community of individuals that will help you get started and can answer all of your questions.

Have a great time.

Welcome to the family @klondikejoel

A new Steemian :-) hello @klondikejoel I hope you enjoy your time here, its a great community ! Nice post, wish you much luck! I Have upvoted and will follow your account. Don't hesitate to contact or follow me at any time :-) See you around @tradewonk

Just Joined too happy to see I'm not the only one!

Congratulations @klondikejoel! You have completed some achievement on Steemit and have been rewarded with new badge(s) :

Welcome to Steemit Joel. I hope you are going to enjoy this platform and will be able to contribute positively. Below mentioned website will help you get through this initial phase:

In case you got any questions, feel free to ask. Let's connect, Following your blog. :)

Fellow Marvel Heroes Omegan :) I entered my 4th year of playing that game, I call it forever Beta. Welcome to steemit btw!

Sorry it died a terrible death. :(

Welcome, @klondikejoel, I hope you enjoy it here!

I’ll follow you if you’ll follow me; that being said, following is overplayed. Really, don’t you want to follow someone who shares your interests, rather than getting feeds which matter nothing to you.

Here’s what I do, I decided to just follow pretty much anyone; then I don’t offend anyone. Rather than read off my feed, I just select the topics I want and go from there.

One of my favorite topics is the Introducingyourself; here we are all equally vulnerable before being re-shapped by the Steemit world. Steemit is more than blogging, it is preview of a future which is already upon us.

If you want to check out some faucets, check my posts; BEWARE:

IF IT IS TOO GOOD TO BE TRUE, THEN IT’S NOT TRUE!

Welcome to Steemit community,
Nice post. I am very happy to share with you, Please visit my post https://steemit.com/news/@chantha/prek-toal-bird-sanctuary-the-single-most-important-breeding-ground-in-southeast-asia.
Thank you, hopefully in the future we can share in this best community and can support it.
I can not wait for your best postings.

Welcome to steemit :)
I gave you an upvote and a follow, your more than welcome to follow back to gain a larger network :)

A big warm Steemit welcome goes out to you Joel! :-D High Paw & Steem on! I visited your page, and found this post amazing! interesting ?,@ronaldmcatee

Hi and welcome to Steemit. I do hope that you have a wonderful time on this platform, if you have any questions or if there is anything I can help you with do not hesitate to ask, I will be more than happy to help.
If you would like to stay in touch please Follow me @Fshllc