In the country of Genghis Khan

abdullah2 (27)in #introduceyourself • 4 years ago 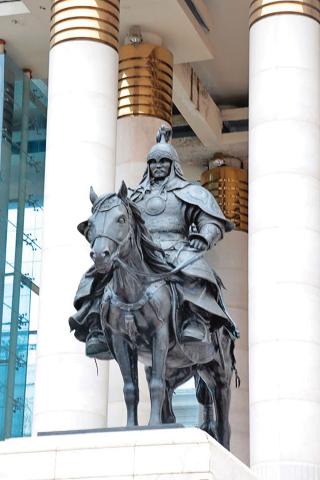 Suddenly invited to participate in a discussion at Ulan Bator International in Mongolia's capital. First, the name of Genghis Khan was ejected; The sound of the horse's thighs roared in the ear. How much have been studying from childhood! How did the great army of horsemen create a great empire, even in the subcontinent, all the kings shuddering in the name of Genghis Khan. There is a different tension in the country of Genghis Khan. In September last year, he flew off with the tension. Three-day tour In a short time a city or country can be understood. Maybe seeing the eyes of seven blind elephants, I have seen this Genghis Khan's country. At the airport, it was understood that the real hero of Mongolia is actually Chengish Khan. International airport in his name. His statue in front of parliament building also His portrait at important places in the city. The big hotel in the city, in his museum, he also had his presence in Ulaanbaatar. History is also witness that Chengish Khan is the king of the kings - the real Maharaja.

History is known, in 1206 he established the empire of Mongolia That empire is the largest landed empire in the history of the world. Genghis Khan's grandson Kublai Khan also occupied China by crossing the Chinese wall. Established the yuan rule. After his death, this rule came to an end. But then Mongolia left China and was forced to return home. Genghis Khan's biggest strength was that he was able to mobilize and assemble all the Mongolian tribes. His warriors were brave and strong. The smallest unit of his army was 10 members. There were 10 small groups formed in the middle unit. And the largest unit of the army was formed with 10 medium units (10,000 people). This decimal system became very popular in the empire. Nomad culture is well adapted to its structure. Neighboring empires who were terrified of this army were afraid. The only empire of Genghis Khan is still the basis of Mongolian nationality. And because of intellect and Amit courage, he is the leader of all. One line in the corner of the Mongolian Art Museum of Ulan Bator, really tells the leader of 'All Kings King, Heaven's Son-Genghis Khan.'

The camouflage and horse contact with the Mongolian 'Nomad' culture are interrupted. Mongolian camels again have a special feature. We see the camel that is in the sub-continent or in Arabia, but one of its hump, but the Mongolian camel's hump is two. The camel is not seen anywhere else than this region. And these camels are stronger than Arab camels. Their strength is almost equal to one elephant. This camel is the biggest companion of the Mongolians in the Gobi Desert. By the way of the road, I see a camel portrait. The big boxes are carrying those camels.

But the true camel and horse were not seen in Ulan Bator but the experience of the traffic congestion was right. It took 50 minutes to go to the National Academy of Government building 4 kilometers away from the hotel. And why not the traffic congestion, why half of the country's half million people live in this city. City size is smaller than Dhaka. Everybody goes out with the car However, the traffic congestion of Ulan Bator as a resident of Dhaka did not seem intolerable to me, but the people of the city saw the matter as a flutter.

Yes, there are also Bangladeshi in Mongolia. But the number is much less; Finger can be counted. Most of them are married to Mongolian girls and have become homeless in this country. Talking to such a person. He said, the identity of his wife in Korea is in Korea. He went there to work. Then love and marriage. Then he came to Ulan Bator by the hand of his wife. Wife's business is now handling. It became a friendship with a Bangladeshi named Mintu Nath. Their home in Chittagong. He studied in Old Dhaka. Now teach accounting in a college in Ulan Bator.

Music melody
The traditional Mongolian music was enjoyed by the organizers. Folk songs have heard that the opportunity to listen to their famous 'Throt Song' Various divergences from the throat of this music come out. Many musical instruments come out from within the throat. These artists have mastered this technique after many pursuits. Later on I went to YouTube to see the famous music. But the tone of Mongolian music was sad to me, is it reflecting the uninterrupted struggle of people in hostile weather? I remember the famous words of the English poet John Kitts, 'The most sad words of our most sweet songs.' 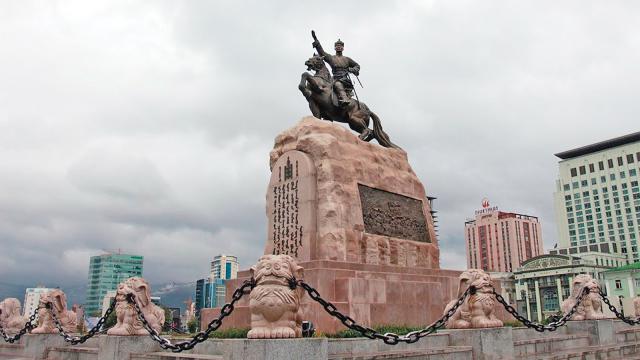 Hi @abdullah2 , welcome to @steemit, I can help you to explain a little about steemit. because I believe that you can be the best blogger and contributor on this site. So I'll follow you and you follow me ^. ^

yes its nice for both of us, i also follo yoi

Welcome to steemit.... Best of luck!

i already have 170 referal

Please take these 2 warnings into consideration and help build a great platform!

Congratulations @abdullah2! You have completed some achievement on Steemit and have been rewarded with new badge(s) :