Welcome to Positive Portland! A Steem Funded Non-Profit to Aid the Homeless in Portland!

positiveportland (39)in #introduceyourself • 3 years ago

Welcome to Positive Portland! My name is Nick Higgins, and I currently run the steemit page @Nickh725. I am very excited about sharing my ideas with more people and growing my personal steemit account, but I have broader dreams for my impact on the platform and others.

After joining steemit last summer, I quickly realized that steemit would be a wonderful platform for charity! The steemit community is full of amazingly kind and thoughtful individuals, and the platform eliminates many of the barriers that traditionally hinder charitable organizations.

The number one reason that people don't donate, even to causes they strongly believe in, is because the money directly comes out of their pockets. Steemit eliminates that entirely! If someone wants to donate, all it takes is a like or a resteem. Neither of these cost steemit users anything, and they actually might gain from the curation rewards! Can you imagine donating to a cause and actually making money?! It is a win-win!

The ability to post pictures and provide continuous updates on steemit also provides an easy way to verify the validity and the progress of a project.

I have seen numerous posts that were designed to raise money for various causes that seemed to gain a lot of traction, so it seems that members of steemit are eager to help others!
I brought up the idea for Positive Portland at the Portland steemit meetup in February, and it was met with excitement! @Natureofbeing, @Greyhawk, @Doctorcrypto and others all seemed excited about helping the project!

What is Positive Portland?

With all of that in mind, I have decided to start Positive Portland. The goal of Positive Portland is to create the first ever steem funded non-profit! What that means, is that all of the proceeds from this blog will be used to create, and fund, a non-profit that will aid the homeless population of Portland.

Unfortunately, Portland has a large homeless population that is in desperate need of basic supplies. The homeless population has increased over 10% in just the last 3 years, and one man died of hypothermia last winter. Every day I drive or walk past countless people that are trying their hardest to make ends meet, but I am unable to help them. It breaks my heart to turn them down, but I barely have enough money to pay for my food and rent. I’ve always wanted to help those in need, so I decided to start with the population that is most under served.

This project allows our steemit community to have a much broader impact on the world around us! I hope that Positive Portland can inspire others within Steemit to help the causes they believe in! 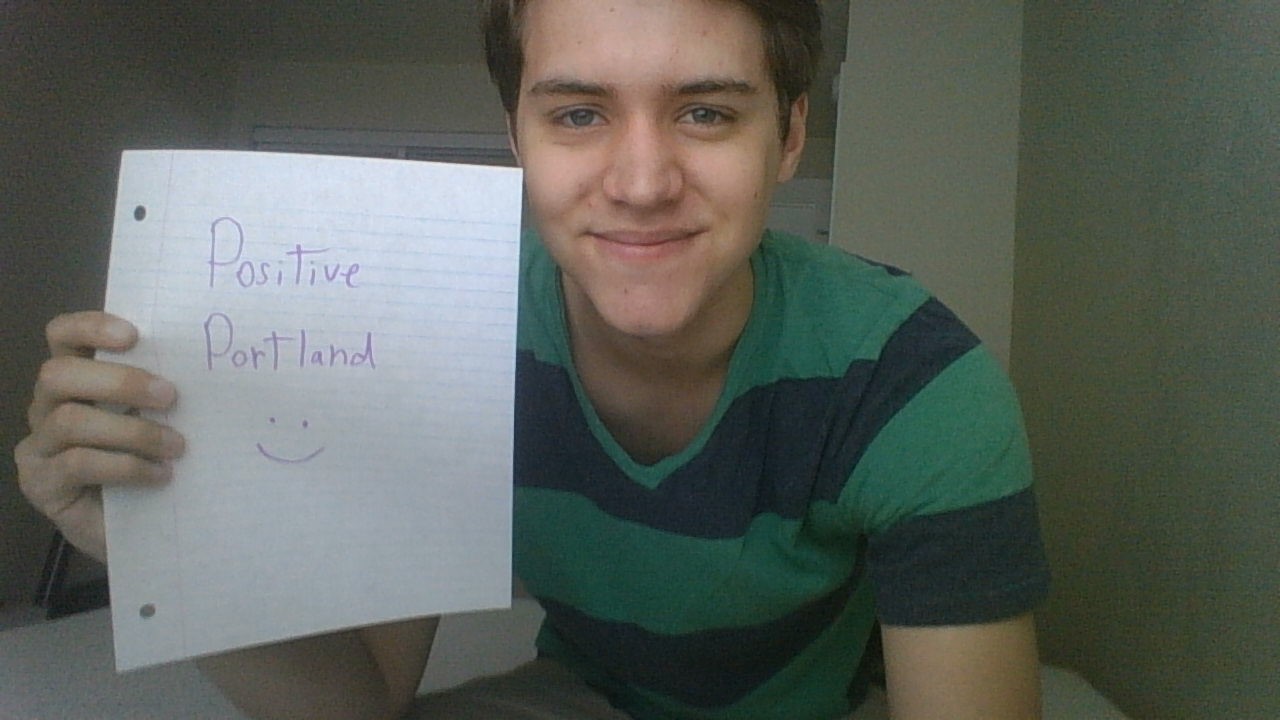 Where's a whale vote when you need one. :)
Nice job getting this going!

Seriously! I appreciate the support!

Wellcome to steemit my friend.Such an interesting post, keep it up.Just stay with us and have so much fun.

@positiveportland, A warm welcome to Steemit. This is a great community and I know you will have a great time here.

I'm from Nigeria and I've made a lot of friends in Steemit, and I'm glad to meet you too.

I want to invite you to join the discord channel #steemschools https://discord.gg/eTZqQvk and we will teach and support you to grow up in Steemit, to choose the right topic to attract readers, to use the right tags to get more visibility, how to make quality posts and comments on Steemit, how to sell your products, business strategies and tips on how to make more money in steemit and in life.

Thank you so much your support! I will definitely look into the discord channel! Thanks!

You have my support and commendation. I'm a fellow Portlander (I believe we briefly met at the Portland meetup?) and have been doing much along these same lines myself:

If ever you'd like to collaborate on a charitable endeavor, hit me up. I admire your passion to render aid where it is needed. The organization introduced in that last link may have use for you as well, they're already doing more or less what you aim to and run a very tight ship.

Nice follow-through after the Portland meetup, Nick, with your @positiveportland! I'm looking forward to seeing your progress.

I really appreciate the support! It was great to meet you at the meetup!

I really appreciate it! :) I'll definitely check out your blog!

We need more people giving back like you. Good job!

hi ! nice tou meet you ! I followed you!

Congratulations @positiveportland! You have completed some achievement on Steemit and have been rewarded with new badge(s) :

Yes, I love Crpto too! Lots of detailed analysis on my blog along with some predictions

Introbot is hosted and managed with donations from @byColeman to help make your journey on Steemit be truly rewarding. Your feedback is always welcome so that we may improve this welcome message.
Oh yea, I have upvoted you and followed you. Many blessings from @introbot & @bycoleman

Thank you so much for the support!