kingdavidharp (52)in #investment • 4 years ago 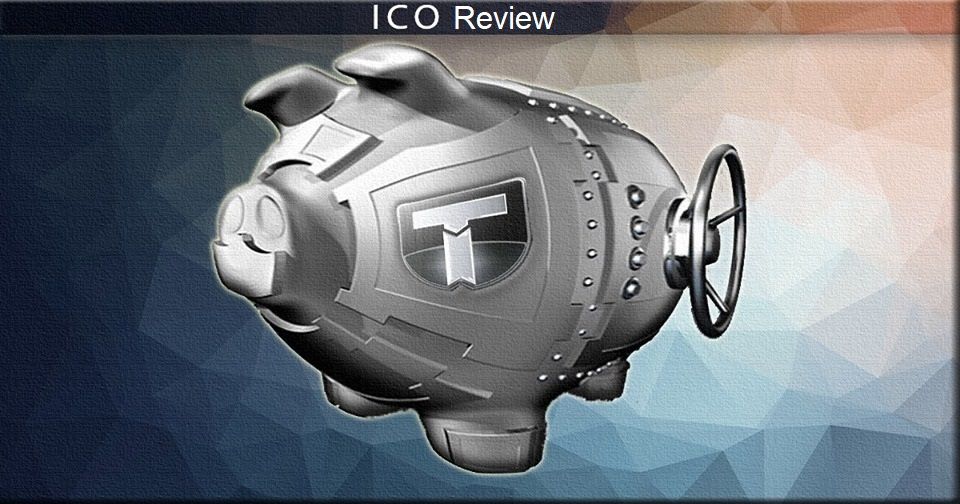 Steemians,
This week we are proud to present you a virgin project, but not quite naive ... Titanium Blockchain. Our team of analysts found this project somewhere under the radar of most of the market and investors. Because of a unique concept, a smart upgrade to existing technologies and an experienced team, we believe the project has tremendous growth potential.

First, I want to share with you my dilemma about writing this article. Our desire as writers is to bring you interesting, intriguing and innovative articles - that you enjoy reading in simple language. On the other hand, our team works day and night to bring us, investors, The projects that are most worthwhile for their investment. The projects undergo a rigorous examination and a screening that does not embarrass the enlistment of SEALs. Sometimes these two ideas have a hard time living together. Often, the most worthwhile projects for investment are actually the most glamorous projects the market has to offer - and it is easy to write an interesting article about them. We thought about the problem it was creating and made a decision. We prefer to bring to you the projects that we truly believe will be profitable, instead of content that will only be attractive and fun to read. Hope you understand :)

With regard to the project we are considering today, it brings small technological developments with great influence and we will soon try to understand exactly what these developments mean.In order to present the project to you, I will use some "advanced" concepts from the world of technology. I'll try to explain them in a simple way, let's dive into the heart of the project!

Titanium Blockchain or in short, TBIS. The company is a subsidiary of EHI, a company that has been active for two decades and provides services to Internet giants. The purpose of the company is to provide cloud storage space for our information. The classic example is Google and their email app - Gmail. We use the Google app, but the information is stored in Google's cloud and not on our personal computer.

Instead of the cloud sitting on one large computer, the cloud will sit on hundreds of computers simultaneously.Each computer provides a small storage space and together they provide huge storage space.

You know the phrase don't put all the eggs in one basket? That's where TBIS aim.
Create an information infrastructure that sits in multiple places simultaneously. In order to bring down or sabotage it, all computers that support the system must be dropped or compromised - making the system much more secure than existing systems in the market. Titanium Blockchain (TBIS) will provide a distributed service to the Internet infrastructure in three layers:

Furthermore explanation on the subject: SaaS, PaaS, and IaaS
What do the three layers include? Application hosting, database development and management tools, system operations, server and storage, firewall and security network, physical data center and so on.

What is particularly important to understand is that TBIS will provide a distributed service in the SaaS area (software as a service). This field is the basis for every company, from small to large. The highlight of this project is the CEO and founder of the project - Michael Stollaire, founder of EHI, which has an annual turnover of millions of dollars and has provided and still provides services to the largest companies in the world, Intel, IBM, Microsoft, PayPal, eBay and other large companies that can be a tremendous business opportunity for future work with TBIS.

In March, TBIS will launch one of its core products and it will be very interesting to see how TBIS will be seen in the near future.

So in terms of numbers, the Token that will serve the TBIS eco-system is called Titanium Blockchain (BAR) - ERC-20 Token but in the future, it seems that TBIS will swap their Token when they launch their Blockchain. When this occurs, the Token will be supported by TBIS Blockchain rather than Ethereum, when TBIS will create an independent Blockchain infrastructure and will not depend on the development of the Ethereum or any other Blockchain platform.

Another interesting point about the project, in order to secure and distribute the TBIS Blockchain network, Master Node will be used, and each person who wants to run his own MN will need to have about 10,000 BAR Token. This in itself can raise the value of the Token at a tremendous level - a common example of a successful project that uses MN is DASH (in order to run MN, 1000 DASH coins are needed) - today the DASH MN value stands at about $ 600,000. A year ago, the DASH MN value was worth about $ 20,000 - a huge increase).

BAR Token was sold for about one dollar. In the Issue, 35 million Tokens were sold. For those who check, the market position on CoinMarketCap is at the bottom of the table around the 1200th place from about 1600 coins. The real reason is that TBIS needs to transfer circulation data to CMC, which will put Titanium with a market share of about $ 40 million around 250th place. Which means that this currency has tremendous growth potential that has just begun to materialize.

Titanium's blockchain collects the best technology developments from all over the market and is designed to be a serious competitor to the biggest players on the market today.
I hope that I have succeeded in conveying the idea behind this technological project, also to the technophobes among us :) Looking for more clarifications about what was written in the article? We will be happy to hear from you and we will try to give you the best answer we can.

On March 1st, in two weeks' time, the company's upgraded whitepaper will be published. We will continue to follow Titanium and after their products to the market.

We're working hard to bring good things here, we'd love to get your support if you liked our posts. Thank you and we wish everyone a pleasant weekend

@kingdavidharp I noticed Titanium Blockchain 2 weeks ago and I was kinda surprised how amazing the project was. At that moment charts are dropping, but I'm sure BAR will go crazy because of its super idea, I'm sure you are absolutely right, BAR has tremendous growth potential. Thanks for such a detailed post!

Thanks, I'm glad to hear that you liked the post.
Indeed at moment charts are dropping, I love to buy when everything is red, Better little early than too late.

I like to keep up to date with any upcoming blockchain/ico that may arise.

I'll put this one into my "keep a watch on it" folder.

Power up and Steem On!

Lol, I have a similar folder called KeepTrack.