How to Teach Yourself Japanese: More Input, Speaking, Writing & Advanced Topics / Part 5 of 5 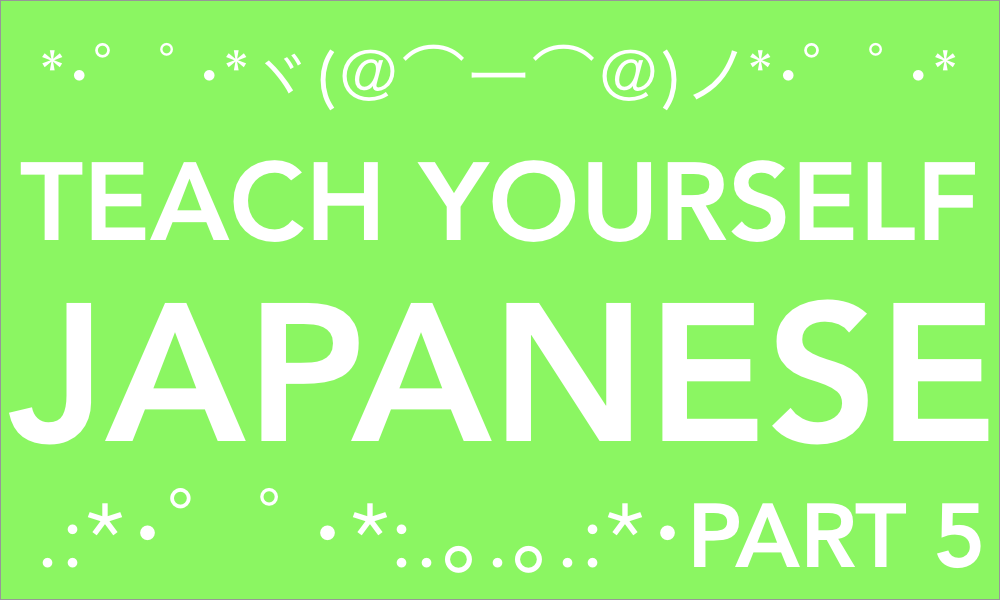 We finally made it to the last post! In part 4 we learned about study habits and input, and now we'll take a look at more options to read, watch, and listen to, along with speaking, writing, and advanced topics.

As you learn more, reading and listening paired with making Anki cards for new sentences will become your primary way of studying. The more you learn, the wider range of great books, manga, and TV shows you’ll have access to.

As I mentioned in a previous post, when you come across a new sentence that you’d like to learn, just put the new sentence on the front of an Anki card, and the definition for the new word on the back. Usually I keep track of new sentences I want to learn and then make the sentences in batches.

More to Read and Watch Here are a couple of my favorites to try out as your Japanese improves:

There are two awesome resources for this. For writing I would highly recommend you check out Lang-8. It’s a site where you can write blog posts in Japanese, and native speakers will correct it… for free! It’s amazing that something like this exists. People are generally very encouraging and helpful. They also have an app called HiNative where you can post questions about the language you’re learning. 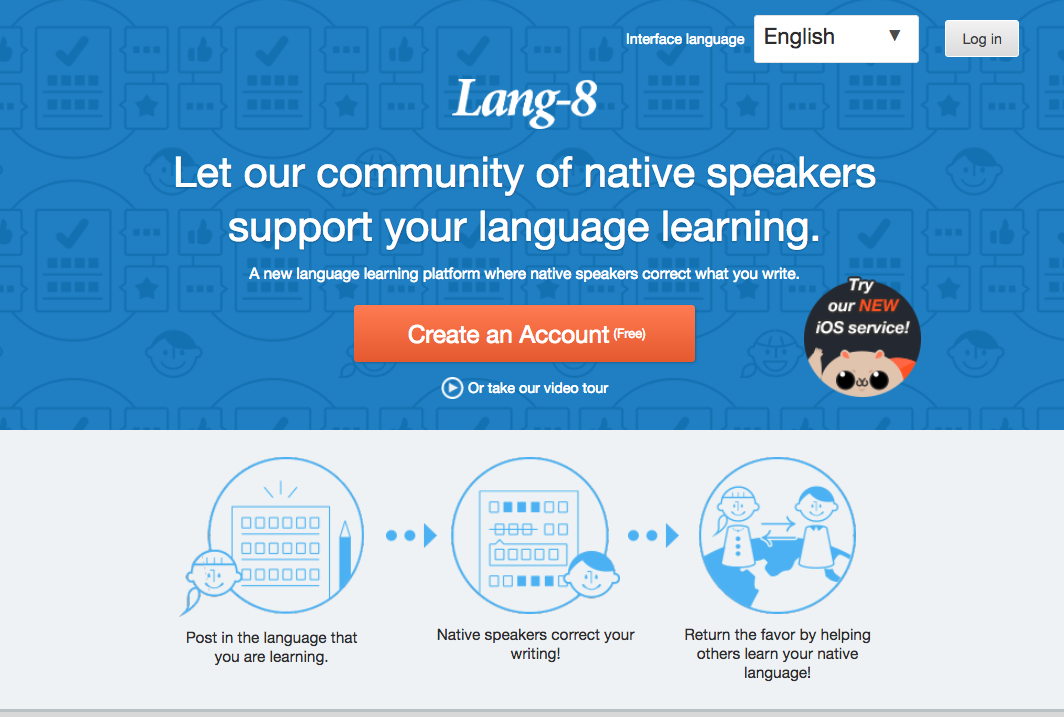 For speaking, check out iTalki. You can find a native speaker to have a conversation with for a couple bucks an hour. It’s a really great way to get practice. For free speaking practice in person, I’d recommend checking out if there are any meetups in your area. It can be a little awkward, but people are very nice and encouraging. It’s a great way to find a more consistent conversation partner too — you can set something up where you meet for an hour each week and speak 30 minutes of English (or whatever your native language is) and 30 minutes of Japanese.

The two main things I want to talk about are going monolingual, and pitch accent. You could say they are advanced topics, but it’s a good idea to be aware of them from the beginning.

Using a monolingual dictionary will help your Japanese immensely. By taking English out of the equation, you’re forced to start thinking in Japanese while doing Anki reviews. When you look at the front of a card and are testing yourself on the meaning, you’ll have to think through what the meaning is IN Japanese.

Here’s a good article on Antimoon about why it’s a good idea to use a monolingual dictionary. And here’s a good video about how to make the transition more easily:

If you’re using a mac, your computer already has a monolingual dictionary you can use built in. There are also web dictionaries like Weblio.

This is something I only learned about this past year, and I can’t believe I made it so long without realizing it existed. If you want to sound like a native Japanese speaker, you absolutely have to put some energy into learning pitch accent.

The basic concept is that every Japanese word has a pattern that describes the way the pitch changes from syllable to syllable. It’s hard to notice this pattern as an English speaker because we use stress to differentiate words instead of pitch (such as REcord vs reCORD). By taking some time to learn pitch accent early on, it will be much easier to notice the patterns as you learn new words. Here’s a great video explaining the basics:

The video is from Dogen, who has the best resource for learning pitch accent in his Patreon. It’s $10/month to get access to the course, but it’s definitely worth it if you’re interested.

I won’t go into too much detail here because I think it is beyond the scope of this guide, but feel free to ask me any questions in the comments!

Here are some more resources if you want to learn more about pitch accent. Unfortunately, a lot of the info out there right now is only available in Japanese.

Wow, so that ended up being a much bigger guide than I was expecting. If you read the whole thing, thanks for sticking around this long! I hope I was able to help you out in some way.

If there’s anything you need some clarification on, feel free to reach out in the comments. Good luck!

Been enjoying your posts @jeffbernst. Thanks for your effort. My business is selling Japanese crafts here in the UK so I've been studying for around 4 years now. Once you study on a daily basis it becomes a bit of a routine. I think it also helps that I now talk daily in Japanese on Skype in my lunch break haha I'm not fluent but I'm improving as each year goes by! haha

Good tip on the Dogen videos and pitch accent course. I've been following him for a long while and really enjoy his content.

Thanks for reading! That's great to hear that you're making some progress! And it's awesome that you're putting in the time to practice on your lunch break 😀

Yeah, Dogen really makes awesome stuff. His pitch accent course is really professional and informative, and his other content is great too.

Thanks again for stopping by! I'm looking forward to checking out some of your posts too!

Oh awsome! I've been tried my best on learning the japanese language xD
I can speak ( i learn it from anime ), but not about writing. Well, i can't even remember those of katakana and hiragana except it's appear on my name XD
Nice tips, thanks dude!! ^^

That's cool you learned from anime! It's neat to be able to watch things like that in the original language. Reading is definitely challenging though so I can relate to forgetting things :D Thanks for reading!

That was great. I especially enjoyed the pitch video. Amazing! I have never come across or considered this topic :O

Yeah it’s so surprising how infrequently you see any mention of Japanese pitch accent! Glad I could help spread the word :D

This is such an amazing and thorough series! The fact that you were able to compress your ten years of language learning experiences into a super accessible guide is awesome. I hope language learners on this platform find this resource.

Thanks so much for reading! It ended up being a fun exercise looking back through the years and thinking about what worked best for me :)

This has been a fantastic and informative 5-part series @jeffbernst! Thanks so much for compiling this and sharing your insight into the Japanese language.

Thank you for reading! And thanks for the great advice and support along the way!! :D

Congratulations @jeffbernst, this post is the sixth most rewarded post (based on pending payouts) in the last 12 hours written by a Newbie account holder (accounts that hold between 0.01 and 0.1 Mega Vests). The total number of posts by newbie account holders during this period was 4719 and the total pending payments to posts in this category was $3878.39. To see the full list of highest paid posts across all accounts categories, click here.