morrigan (50)in #leagueoflegends • 4 years ago

League of legends takes place in the world of Runeterra, and in Runeterra there are two large states, Demacia and Noxus. Riven comes from Noxus, a place that praises trickery, strategy, and ruthlessness. Out of those three Riven was strong and ruthless and became a young soldier who forced herself to adapt to carrying a long sword that was almost the size of her. She was fearless and entered battle with no doubt and no fear of death. The High Command realized her and made her the leader among her soldiers and gifted her a black stone rune sword forged and enchanted with Noxian magic.
Noxus was invading Ionia, so Riven was sent there to lead her soldiers for the invasion. A lot of death was happening as Riven carried out her orders by killing weak and injured Ionian soilders although it wasn't what she liked. She wanted worthy battle.
Riven and her soldiers got surrounded. She watched as horrible green biochemical acid and gas killed her fellow soldiers and Ionians as they cried in agony. Riven somehow managed to escape but could not escape the memories. She shattered her sword to break ties with Noxus and to help forget the past, although she couldn't.

This is Riven's lore in short and in an attempt in my own words. I think she's a super cool and fun to play champion. I love her voice lines and everything so I decided to draw her with my favorite skin; Battle Bunny Riven! :D

I have a few photos of the process of me drawing it so I thought I would also share them!! (the last one is the actual splash art by League of Legends for the skin) IMG_4460.jpg 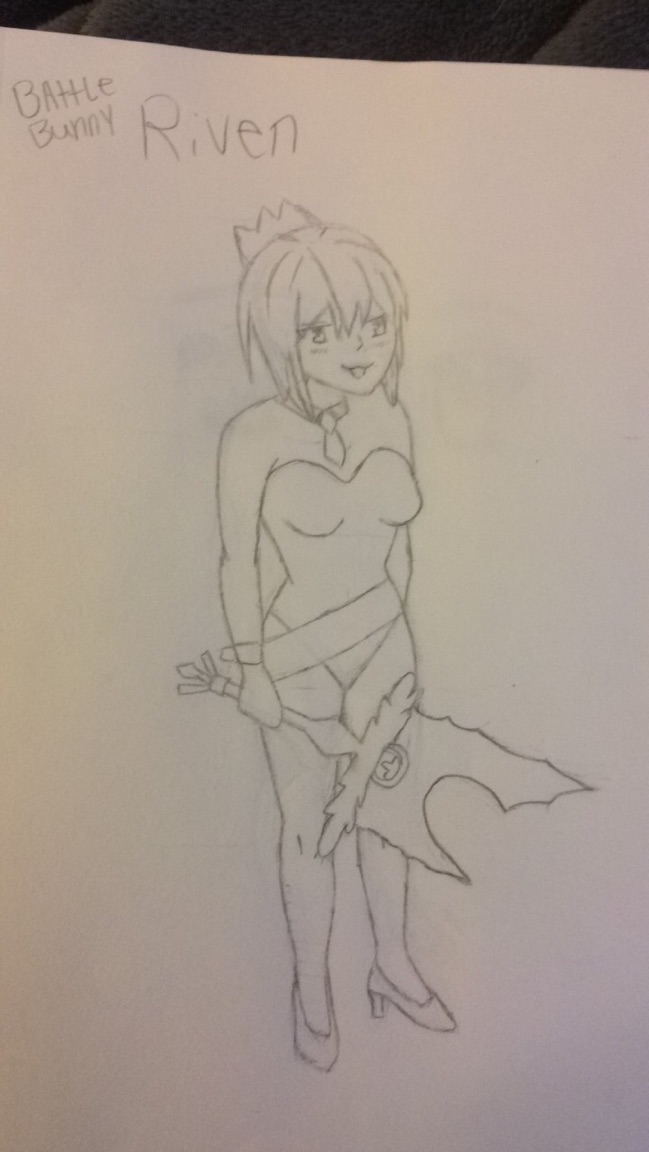 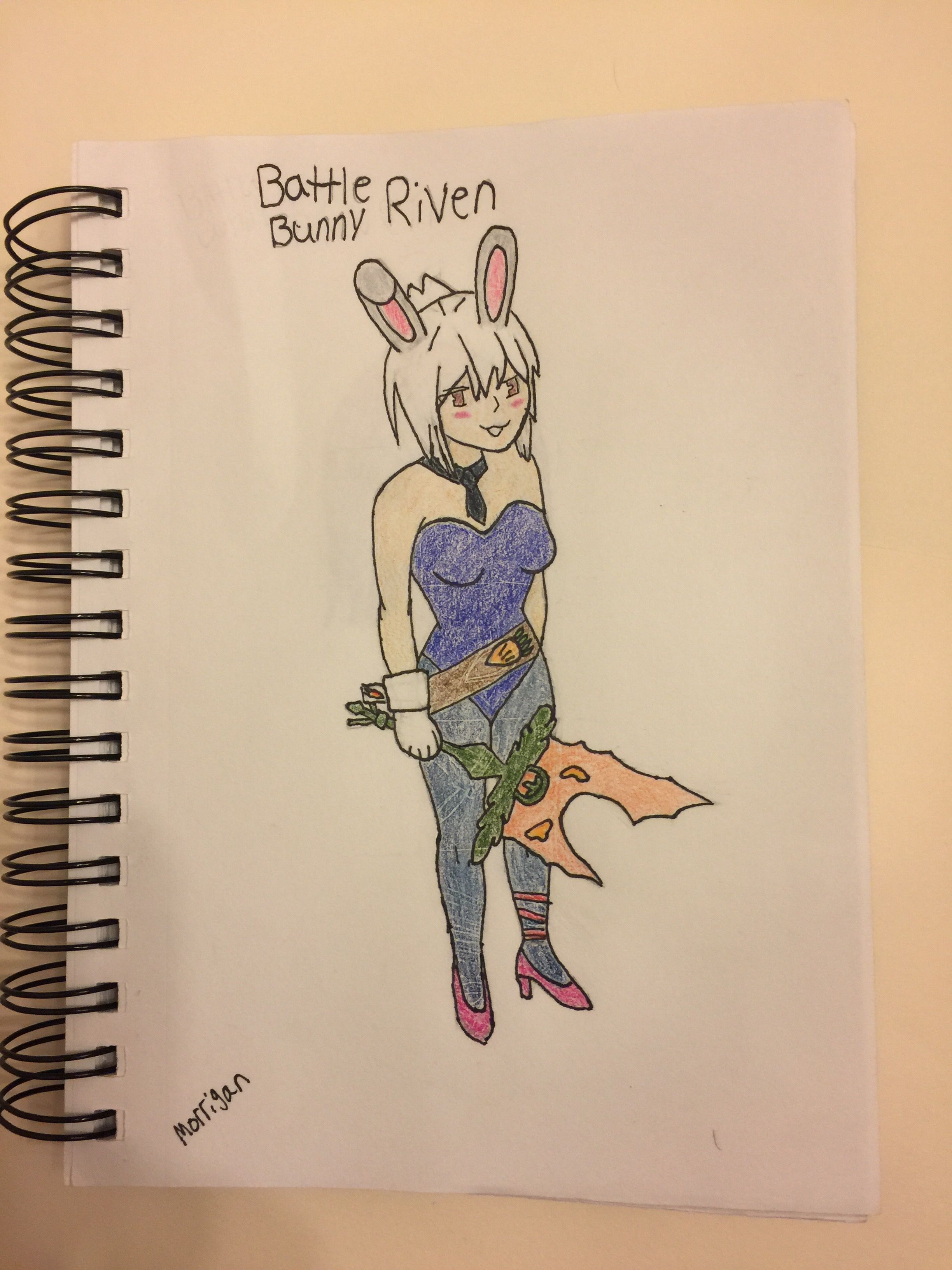 WOW ... YOU ARE REALLY GOOD AT MAKING AT IT,
KEEP UP WITH THE TALENT

You have some really nice #art that you have taken the time to hand #draw based on the #game you play online. #sketch #creative

Her story is really inspiring.

Love your work. Keep it up and you will make something of this one day.

Thanks to @bunnypuncher
We have planted already 2563.401 trees
out of 1,000,000
Let's save and restore Abongphen Highland Forest
in Cameroonian village Kedjom-Keku!
Plant trees with @treeplanter and get paid for it!
My Steem Power = 18395.40
Thanks a lot!
@martin.mikes coordinator of @kedjom-keku