On 22 June 1948, the 'MV Empire Eundrash' brought by workers from the Caribbean by anchoring the Tilbari dock of Essex in the UK. Photo: Collected
Theresa Mara Government has announced the British citizenship to all immigrants who migrated to the United Kingdom from 1948 to 1973 (known as Windshield Generation). On Monday, the government announced such a decision after being criticized for its controversial immigration policy.

According to the decision, those who have returned to their country after spending their lifetime in the UK, can also be able to come back with British citizenship. For this, do not have to pay the English skill check or application fees-nothing. Special teams formed by the government's immigration department will help the applicants in this regard.

In the debate over the Windris scandal, Foreign Minister Boris Johnson claimed that legal immigrants living in the United Kingdom for at least 10 years have to give legitimacy. In the cabinet meeting on Tuesday, he proposed this. Boris Johnson said that the government's initiative to resolve the immigration dispute should be broader. 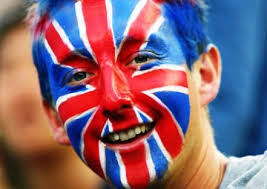 From 1948 to 1971, the migrants who came to the UK from the Caribbean region were originally known as 'Windrash Generation'. On 22 June 1948, an ship named 'MV Empire Eindhash' was anchored to the Tilbari Doc in Essex, United Kingdom. 492 immigrants came to this ship. Among whom there were a significant number of children and adolescents

Not only the Caribbean region, but after the Second World War, people from Commonwealth countries came to the United Kingdom to face labor-crisis in the United Kingdom. At that time they did not need any formal papers. After the immigration law was enacted in 1971, the scope was discontinued.

Over the decades, these immigrants lived as legal citizens of the UK and enjoyed all government benefits. The current ruling Conservative government imposed an unprecedented hardship on immigration law in 2012 to expel illegal immigrants from the United Kingdom. Under this law, it is mandatory to verify the validity of migration in the case of open house rent, bank accounts, medical and government benefits. As a result, those who did not apply for UK citizenship or did not feel that they needed to keep any papers for legalization, they used to take great care. The immigration department was unable to get the remedy, because they could not show any valid proof of arrival to the UK. The immigration department gives letters to many of the people with the threat of deportation from the United Kingdom. There are many Bangladeshi people who have suffered.

For the last few years these migrants have been campaigning for their rights. But the government did not listen to it. The controversy over the conference of Commonwealth Heads of Government held in London last week is strong. In the Commonwealth summit, the Prime Minister may apologize for the suffering of these immigrants.

Last Home Minister Amber Rudd said on Monday that all those who came between 1948 and 1973 will get British citizenship. The Home Office (Interior Ministry) special team will work completely free of cost. Those who have problems with the validity of immigrants from 1973 to 1988, have been advised to contact the concerned party.

Amber Rudd said the Windrash generation from the Commonwealth raised the United Kingdom from the war. Their contribution is huge. He said that those generations who returned home after their career in the UK, they would also be able to return with British citizenship. The government will start work with the High Commission of Commonwealth countries soon.

The cabinet has a strong position on Foreign Minister Boris Johnson's proposal to legitimize illegal immigrants who have been staying for more than 10 years. In 2008, when Boris Johnson was the Mayor of London, he proposed the first. Then in 2016 he made the same claim. But now his claim has another meaning. Because he is now the government's important minister. On the other hand, the ruling Conservative Party, with a controversial immigration policy, is a victim of tremendous criticism. Whose liability is due to the current Prime Minister Theresa Maria. Because, while serving as Home Minister from 2010 to 2016, Theresa May imposed a lot of pressure on immigration after she did not criticize any criticism. He announced the implementation of the mission to create 'adverse circumstances' for illegal immigrants.