Real Story: He Lost his Beautiful Wife & The Doctors Handed him The Body Of 4-Month-28-Day Old Baby

“This was the last selfie which I took with my wife. On New Years, we celebrated with my family and started the year with a lot of dreams and hope.
But, God had different plans. My wife fell down from our bike on Jan 7th at 6:40 am near Anna Nagar. We rushed her to Sundaram Hospital, and they took a head CT scan. They told us that she was very critical and that the left part of her brain had a lot of swelling. We were asked to take her to Apollo hospital. Once there, we were told that they would operate on her brain and remove the clot to give her a chance to live.
Post-operation, their response was not positive. They said that her brain was not responding and that she was almost five months pregnant. The foetus was alive even after the accident. Mum and baby were fighting hard to stay alive with the support of ventilator machine. After five days, on Jan 12 at 3.30 pm, our baby lost the battle and died. The doctors told us that they had to remove the foetus since it was becoming toxic for my wife.
On Jan 13, at 2.30 am, the doctors handed me the body of my 4-month-28-day old baby boy. I was heartbroken and crying. No one should have to see their baby like this.
The doctors suggested organ donation. Uma’s father, brother, and I processed the documents since Uma, and I had discussed at length about donating our organs. We didn’t know the proper process to do so. We donated the viable organs of the baby, and she was shifted to another branch of Apollo by 6 am on Jan 13.
Her body started failing. Her pulse, BP, haemoglobin level all went down. We knew her time was coming to an end. The doctors tried very hard to stabilise her body for organ donation since her organs could save at least eight people. And at 9.35 am on Jan 13, I lost my beautiful wife to cardiac arrest. I felt like a part of my life and soul were gone. But, we had to finish all the formalities.
Her brother informed our friends and family, and we had the funeral at 5.30 pm that evening. We just sent an SMS, but around 150 people came to see her off on her final journey. I was touched beyond words that within a few hours of informing so many people came. It showed how many lives she touched. I was in another state of mind altogether. There was only tears and pain for me.
We were together from 23 Aug 2007 and married on 21 Aug 2016. We were together for nine years but were married for less than six months. We were going to have our first baby. I asked God why he did this to me. How am I going to survive without her now? So many questions and I don’t have the answers. Where do I go and get solutions for these 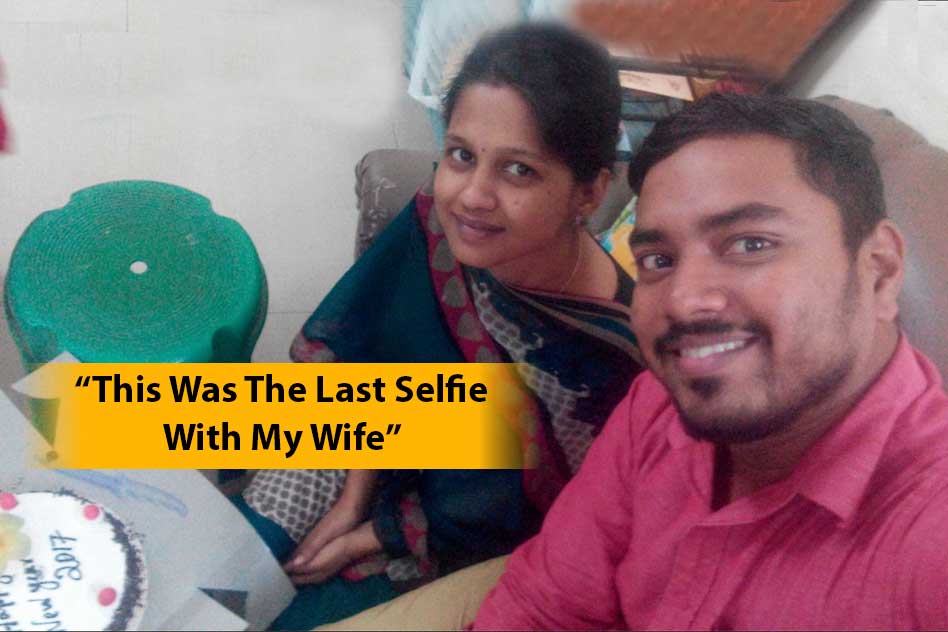 @chanchal85 My sincerest condolences and from the Steemit Family. Many blame God. But who likes suffering?the Devil. And then there are just accidents and terrible events that happen. The old would have, should have, could have questions. What if the government provided proper roads, what if you had a car and not a bike. What if you all used the bus. These are all hypotheticals. And then there is reality. She is gone. She is not coming back. The days go on. Day by day. Some days faster, some days cruelly slow. Some days she is in your head 24/7, some days you have peace. This will not be easy. You must prepare yourself. Be strong