Growing up in Romania #6: Grandpa taught me the biggest lesson about what it means to love

My grandad was at work in the local pipe factory, where half of the town's men worked, and a few hundred other fresh-from-highschool were about to. College wasn't an option for most of the people because it was tough to get in, and a lot of the spots seemed to be "reserved" each year.

My father was at school, or at least thought to be in school. Afterall, he was only a teenager back then.

It was a hot summer day, and everything around seemed to be liquifying, or about to. My grandmother, who was a young and beautiful housewife, was cleaning around the apartment. The street was empty; only a few birds dared to sing somewhere in the distance. She thought she had finished, but then remembered that she forgot to clean the windows. The young family lived in an apartment on the third floor of a four-stories block of flats (like everybody else). She was very meticulous when doing chores, so cleaning the windows took almost an hour. When she reached for the exterior side of the window, she slipped and fell three stories. Right there a miracle happened. She survived. What followed were a few years through hospitals, which made life hard for the young family. She got back on her feet, but she was moving pretty slow, so she had to spend most of the time in-house.

I guess my father was forced to grow up pretty early.

When I walked in the picture, my grandfather had just retired from his job at the factory, so he had time on his hands. When I was old enough to remember I observed their daily routine, especially on summer days when I spent a few hours a day there. I was too young to be left alone in the house, so mom had to drop me off on her way to work and pick me up after she finished. 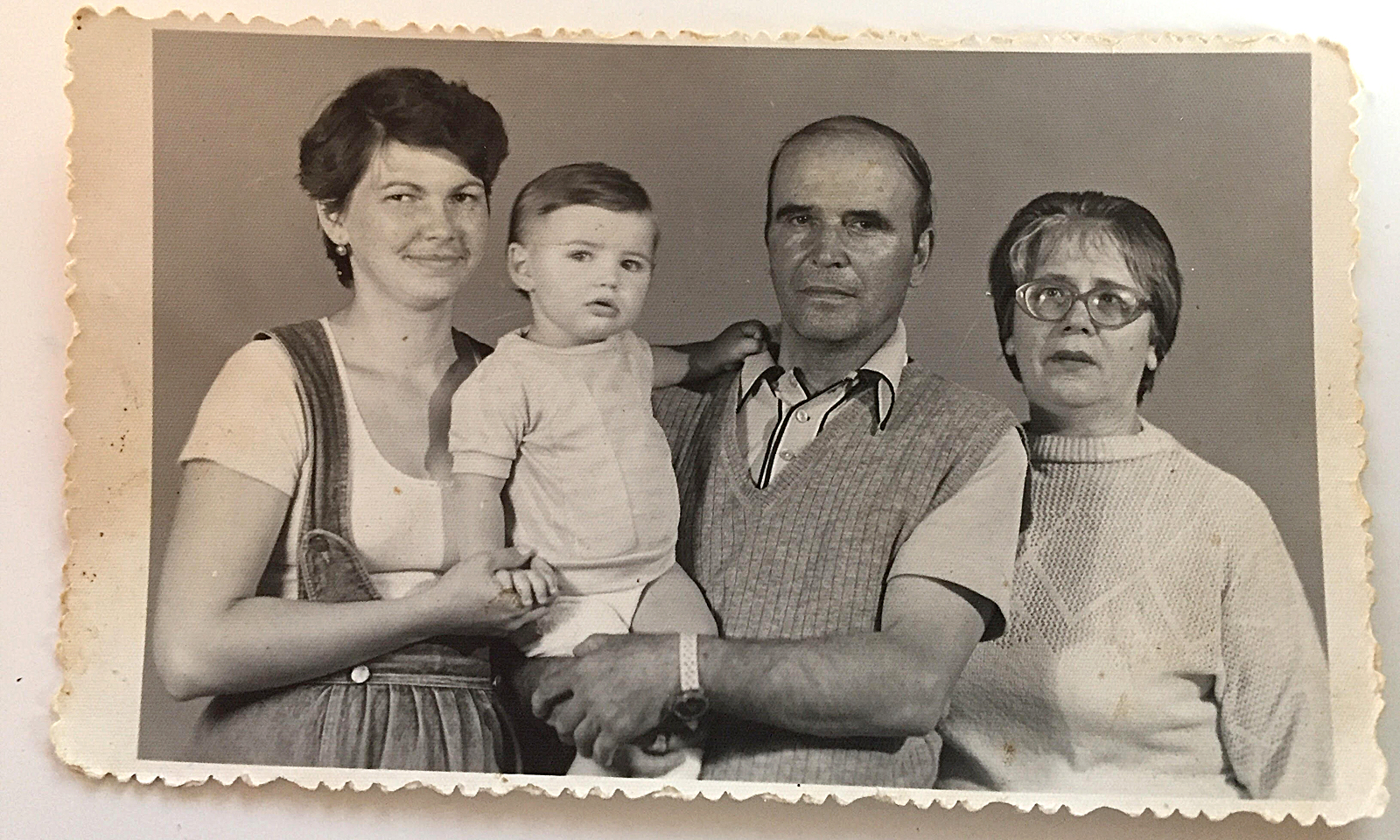 They woke up around 7 am (both slept in separate rooms because of snoring) and had breakfast together. Usually a cup of tea and the classic bread-and-butter with jam. Then my grandfather went out to do the groceries, and get me a few chewing gums or candy. Precisely one hour later, he was back with all the fresh ingredients for preparing lunch, and they prepared it together. When I was there, he always had something good for me. His tone was soft and on a low note, and he never raised his voice at me even if I deserved it at times. Meanwhile, I played games with grandma' while she slowly did other chores around the house. She was meticulous and very handy at crafting, so she made me a few board games. (I think you're somehow forced to become meticulous when doing things at a very slow pace) They had lunch then each one took a nap for an hour. After that, my grandfather would read the newspaper for another hour or so, while I enjoyed cartoons on TV.

Watching cartoons on Cartoon Network for a few hours a day while we were kids then having subtitled movies when we were old enough to read, was how most of my generation learned English. Around 16:00 mom came and picked me up. Grandma' continued with her chores and Grandad went out to the park to play chess or backgammon with his also-retired-friends. When I grew up, I remember seeing him at the same spot everytime I passed there. He always noticed me (even when he was playing) and raised his hand in a big and warm hello. When it was sunny, I remember his gold tooth shining across the distance from his big smile.

After that, he went home, and helped my grandmother prepare dinner and served it in the living room while watching TV; then they went to sleep. I know that because when I was older, I used to stop by and say hello, and grandpa always had a few LEI (that's the Romanian currency) as a "tip" for me. To be honest, I sometimes passed to visit them because of my passion for LEI, which bought me a few hours of video-games at the local arcade-center.

Who says love can't be a routine? The years went by I went to Highschool in another town, then college, and I didn't get to see them that often anymore. Each time I saw them, they seemed way older than I remembered but as loving as usual. I was always greeted with a smile. Right after their 50th(!) Anniversary, grandma had an accident around the house and broke her hip, so she had to be hospitalized. It was then when I saw a face of Grandpa' that I hadn't before. He was all alone in that small apartment. He didn't know what to do. Everything seemed foreign. After she got out of the hospital, she still needed a lot of care at home, especially with moving (she became a big lady with age). He was always there to help, and always had all the medicine prepared on time.

Shortly after, Alzheimer's hit my grandmother, and sometimes Granpa' became a stranger. Everyday tasks gradually became difficult to handle for both of them. At some point, she needed to be installed in a nursing home, where he visited each day and brought food so they could eat together.

Grandpa' Petrică (Peter) was a stubborn man so after a while he insisted on taking her back home, and he eventually did. He looked like he was getting older by the minute.

Life seemed to be entering a new routine, and she was a little better for a while, until one day, when they both didn't recognize each other. Grandfather's mind had cracked too under all that pressure.

They were both hospitalized, and within one month he passed away two floors away from grandma'. They had also discovered a stage 4 liver cancer which only got worse after hospitalizing. Even on his deathbed, he made my father swear that he won't leave my grandmother alone in the hospital and would take good care of her at home. My dad's keeping his promise even to this day.

To me, that's the perfect example that describes that phrase that we all hope to say one day:"...through sickness and health, and until death do us part, I do."

The "happiest" memory from that period is when I visited him in the hospital with my father. I could barely recognize him and he was hallucinating. I thought I see a light flicker in his eyes and a hint of a smile when hearing my name. I was somewhere in there too. He was hallucinating of being at a picnic with grandmother and some friends. 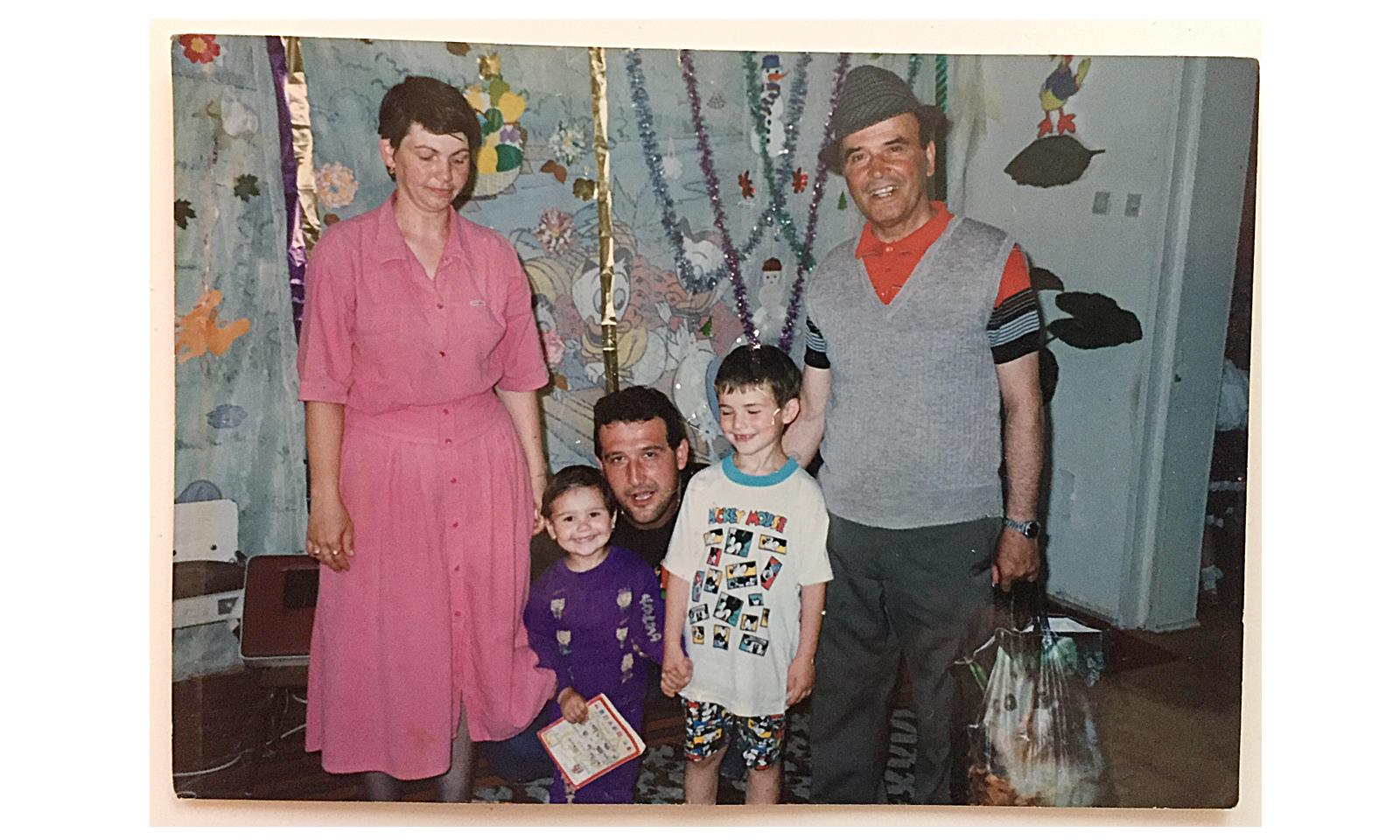 If you want to watch my journey, you can follow me @demostene. If you really like this story, please upvote and resteem. Thank you!

[BONUS - Here's a song that goes well with this story:

A wonderful love story and of life... Thank you for sharing with us

The love you have of your Grand Parents and Parents is evident in the words, the story of their love is powerful @demostene

A wonderful tribute to those who you love and loved you, thank you for sharing your story of growing up.

Thank you for taking the time to read @joanstewart! ^_^ Glad you stopped by

Beautifully written insight in a family history of love and compassion. Thank you for sharing!

Thank you for reading @melavie!

Congratulations @demostene! You have completed some achievement on Steemit and have been rewarded with new badge(s) :

A beautiful read, as sad as it is, my condolences.

Thank you for reading @sandstrider

Told you, your stories became addictive, thank you for today's portion!

Thank you @nature.art! There's more in the oven :)

This was very touching! Thank you for sharing these memories. You have brought a sense of peace when needed. Thank you.

Not much to say, other than this is a really well written post!!

Thank you very much for taking the time to read it @holbein81! ^_^

Well.. first, the video is not working... playback on other websites has been disabled by the video owner... so i listen it in youtube ;-)

I know the mood you lived because we are in same country. So lot of general things i recognize well and smiled when remembered.

Also, we all grow and get old. The united families are the best ones and this things help everybody, especially kids. To grow well and healthy minded with a good life examples.

Lot of parents say today that it is imperial to stay all day with the kids... but they are not near them, except just physically... not in the way you described there.

Eh,... we also live another world so things are changed, also the expectations. I have a saying today, it is better to be 1h / day with your kid and be only with him and with thoughts and games than be 24h and not paying attention to his small big discoveries and pleasures.

The world is more cynical these days and kids are not always so attached to parents. But, working as a sport photographer in last 8 years i saw that there are ways to get them in the real world again with making a sport and being among other real people.

This ones have a plus among the ones who stay only on pc and other gadgets. They will know both worlds and will have more knowledge than others.

Let's hope that lot of kids today will have and also will say later on stories like the one you said here ;-)

Thank for your insights @ilvstranger! Yes! Sport was an important activity back then - the gadget world was just emerging, so not many had them, so we played football almost every day during middle school, besides other games, that we now refer to as "childhood games". I have a few stories from that time too. Stay tuned :D

Yup, good memories and love that i lived them.

This post has received a 0.28 % upvote from @drotto thanks to: @banjo.

This wonderful post has received a bellyrub of 3.23 % upvote from @bellyrub thanks to this cool cat: @demostene. My pops @zeartul is one of your top steemit witness, if you like my bellyrubs please go vote for him, if you love what he is doing vote for this comment as well.

Hi, nice post. Could you help mine out a little!!!
https://steemit.com/life/@glasscannon/this-image-is-about-our-family-and-was-made-by-our-family-with-love
Thanks a ton :)

Congratulations! This post has been upvoted from the communal account, @minnowsupport, by demostene from the Minnow Support Project. It's a witness project run by aggroed, ausbitbank, teamsteem, theprophet0, someguy123, neoxian, followbtcnews/crimsonclad, and netuoso. The goal is to help Steemit grow by supporting Minnows and creating a social network. Please find us in the Peace, Abundance, and Liberty Network (PALnet) Discord Channel. It's a completely public and open space to all members of the Steemit community who voluntarily choose to be there.

That is a beautiful story. Thank you.

Thank you for reading @stonemaiden. Happy you like it :)

Hey, my name is Nadine and I am new on steemit. I would be happy if you could check out my post as well and follow back. Thank you:-)
https://steemit.com/travel/@leo-tmp/amazing-festival-in-pattaya-thailand-my-travel-diary
I really like your post. Nice!