Confidence is everything- How I gained mine [part 1]

I was going through my old pictures today and I realized something.

When I look at the old me in the pictures I see a nice looking guy but back then I saw none of that.

If they ever invent time travel I would like to go back and tell him that. But I'm also pretty sure that it would not matter one bit.

Nothing could have convinced me back then.

Having no confidence means you keep your world small. It's what I did.

Going to school (and later work), play video games and don't go out.

I wasn't unhappy or anything but I do feel (now) that I missed valuable time.

I'm trying to make that up that time in my thirties.

I somehow have this hope that if someone reads this they might think....fuck it I can do that too.

What made me change was a moment in 2012. I was sitting behind my computer when I felt weird. I was getting dizzy. The doctor came and my blood pressure was down in the forties. Heartbeat low.

They send me to the hospital for further tests. I had to stay overnight while they measured my heart. It was that night I decided to change if I got the chance.

They never found the cause for what happened the day before and send me home. But I had changed my mindset. I was going to become healthy.

This picture is taken around that time. Don't I look different :) 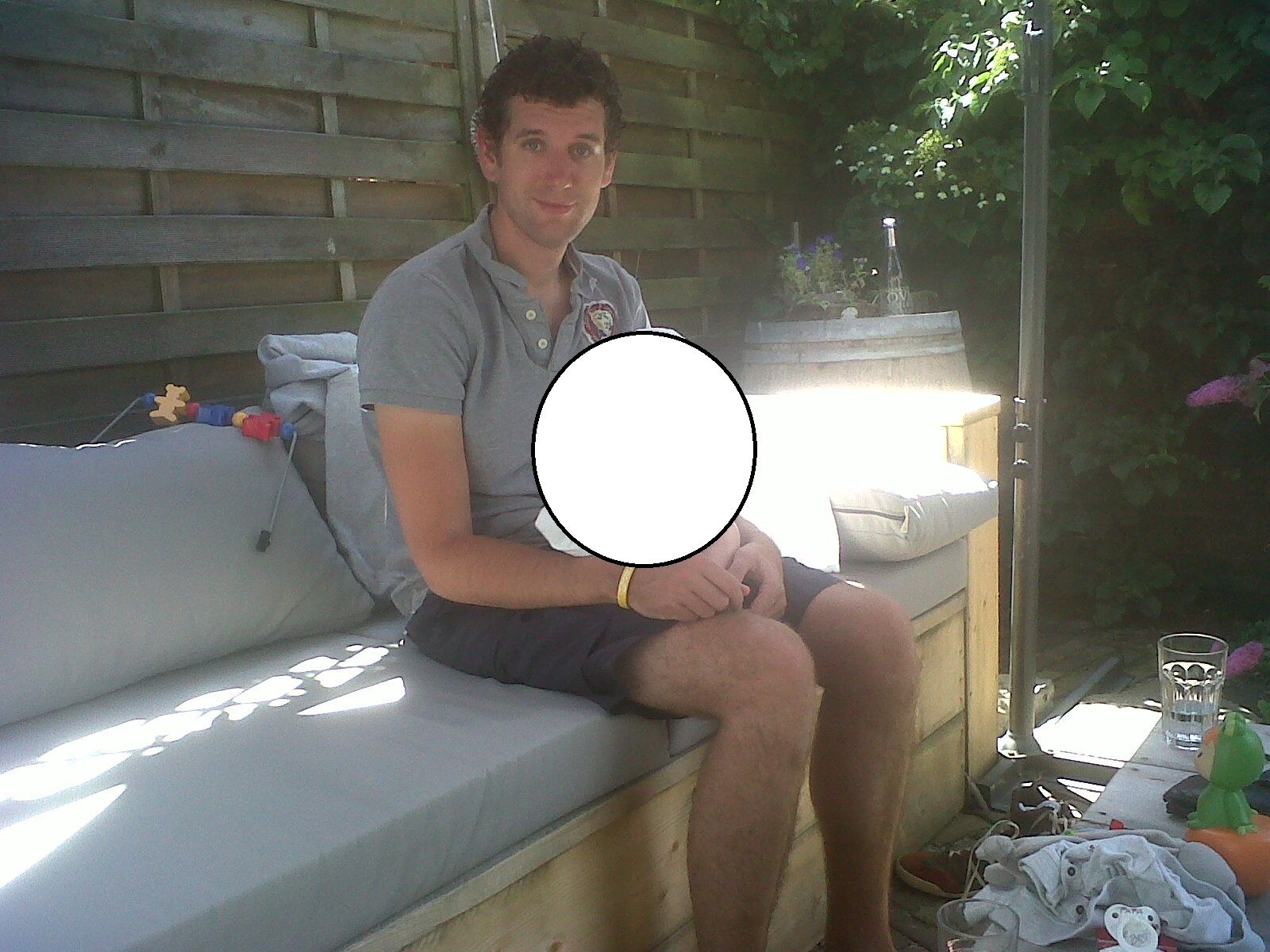 I decided to stop smoking straight away. I smoked around 20-30 cigarettes a day. It was shit. 3 months into stopping I still craved smokes. I decided to start exercising. I could do not 1 push up back then. I started doing this program I found called P90x. 7 days a week. This is me about a 2 weeks into the program. 3 months in. First round complete. Total dedication. I started to eat more. 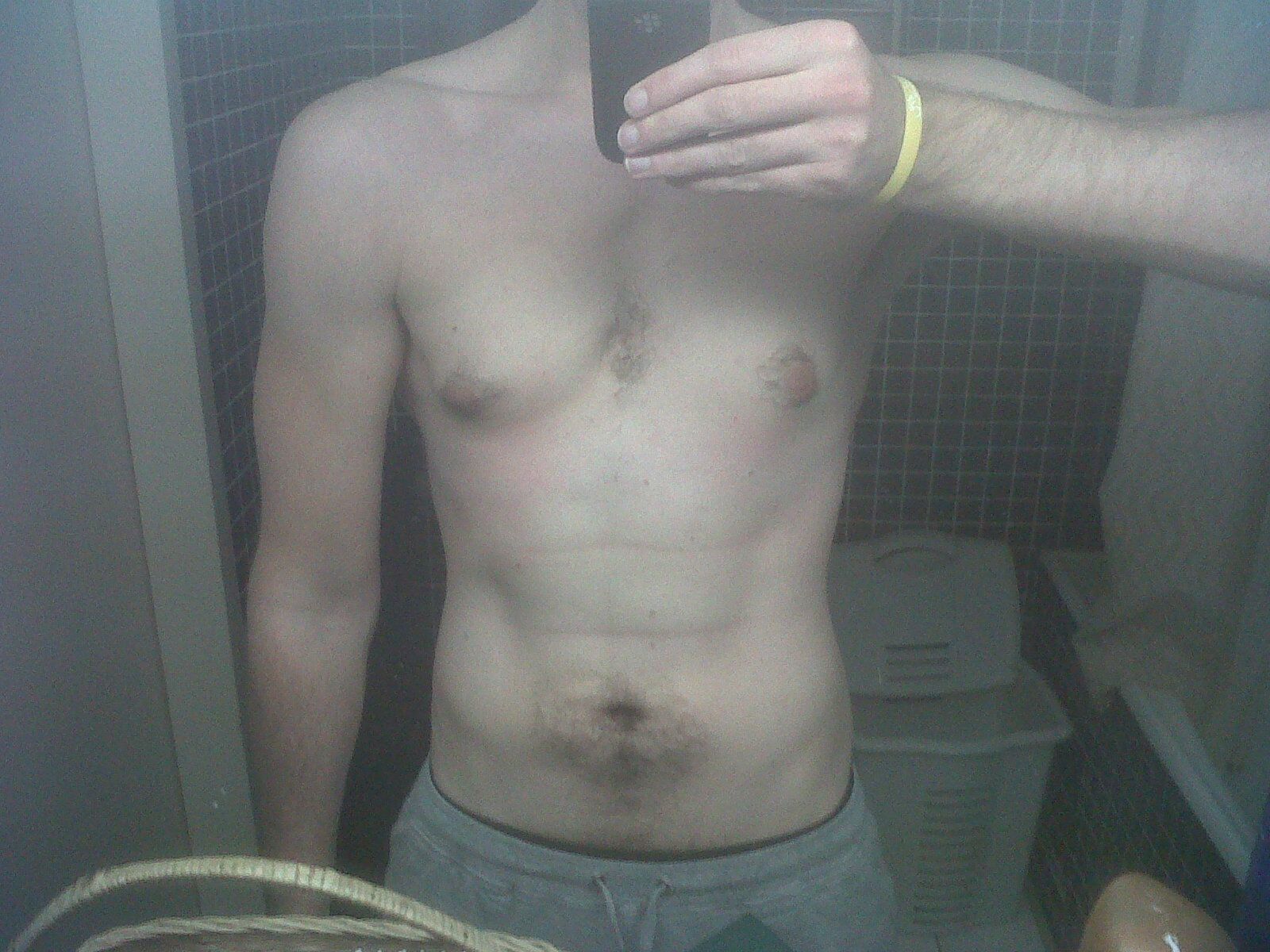 8 months in, I added weight training here. I bought them. No way would you find me in a gym. 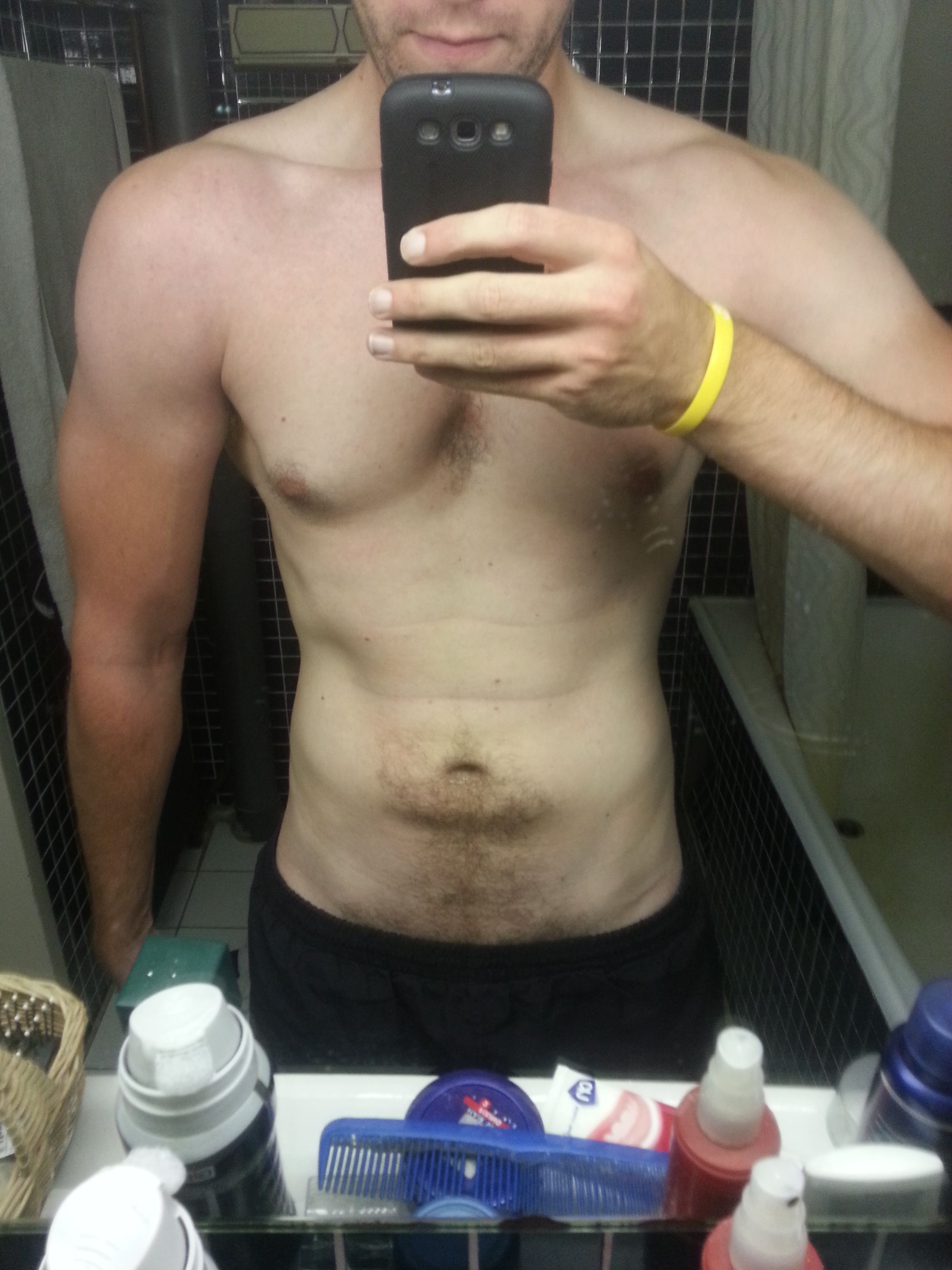 When I look at these pictures now compared to the fluffy belly (lol!) I have now, I think, man you look good there!

The difference is the 33-year-old me is confident as hell and the guy in the pictures is not. Even with all that work!

But I had made a good start for myself and everything was about to change.

This body would lead me to a mud run in England and from there to meeting Bianca in the most unexpected way.....

I guess you must think that what you have is what others crave so you should cherish your current state, be confident and be happy with what you have. I'm glad to see you could change for the better and stop smoking cigarettes and turn your health around for the better. Great Job bud and it seems like that mentality lives on today with Steemfat.

You looked good back then and you still look good now. You are just following the same path of your father and many others as they grow old and start to form that belly haha

However, it seems like you are planning to take a detour and form your own path. A path which you are happy with and which you strive towards with your new found confidence and glee.

Thanks as always for your great replies!

We all said the past is the past. But by looking back help us shape or dictate our present and most likely our future.
Keep on steemit @exyle

Wow! That is great! One needs to believe in himself and the ability to carry out positive things lies in the conviction of the individual. There is no limit to what we can achieve if we BELIEVE!

Great story brother and incredibly inspiring. I agree that all things begin with belief in yourself. When we focus our mind, body and soul to a thing the universe parts like the Red Sea and bends to our will. I think it was Shaw that said, "People who say something can't be done need to get out of the way of the people doing it". Great post man!!

Amazing body transformation... very inspiring, glad you stopped smoking which may lead to various health issues. No matter how you look confidence makes you strong & beautiful...

nice story, can't wait for the next chapter, cheers

Bahahaha, I'm sorry but you look so different without your beard and glasses in the first picture. I didn't even realize you posted when I saw this post in my feed. Congrats on successfully quitting smoking and consistently exercising. The P90x program does require some equipment like weights and pull up bars, you can check out Athlean-Xero, a program that does not require any equipment at all.

lol, I do look different! :). I don;t use P90x anymore. But I do have all that equipment still.

Great inspiration and great post. Goes to show when you want to do something in life, you can when you set your mind to it. Thanks for sharing, have a great day🌞

Great post @exyle from 2012 to 2014 you look much smarter in 2014 pic and don't be afraid of your belly as you mentioned in your previous post that you decided to reduce the belly and thats not impossible every thing is possible in this world you just need to stay focused and concentrate i am sure you start getting good results soon.

I loved reading your story. I too am an introvert but I'm really good at faking being extroverted. My job requires that of me. Physical fitness is a great way to gain confidence! Also, way to go on the quitting smoking! What helps me with my need to be alone is realizing that it's ok to want to have time to myself, it's how in "recharge ". Look forward to following your story!

I also claim alone time from time to time. I wrote about it before. I need it.

Great post. Healthy lifestyle change our attitude towards life. Thanks for sharing such an amazing fact. Good health to you.

Its a great story i also used to smoke 30 to 40 cigarettes daily i quit 1 year back it feels great.

I agree. I never want to go back to smoking.

Great inspiration sir. Now I see you and I see someone with lots of confidence and skills. Way back you're more handsome and good looking and you still are by the way :) You said it right when we were having a chat that you were in super shape and know very well what to eat and what not, to get that back again. So, I wish you all the health and luck :)
Actually If you dont mind, I have written something about you and my favorite supporters on steemit. So, I'd like to have your opinion on that.
The link is here. https://steemit.com/steemit/@cryptonet/a-message-to-the-whales-and-dolphins-on-steemit-and-some-of-their-contributions
Thank you :)

What a fantastic blog you made! I knew all this of course, but it's good to write it down. Memory lane helps to set your goals even better. Great choice of pictures!

It makes such a difference!

Indeed. I laugh thinking about how I was acting 2 years ago :))) Such a big difference.

Throughout our lives, we make so many decisions and every decision we make changes the path our life is taking. It also shapes who we are as individuals.

You made a decision to change your lifestyle in your 20s and stuck with it, leading to the best possible result, congrats!!

Thank you, Rea! Can't wait to meet next week!

You are right. Stopping smoking is shit!!

What a difference man. I could say the same to younger me. Ah the things we could tell ourselves. It's funny how it all comes from inside isnt it?

That's true. It's all mind set. Still waiting for those progress pics ;)

Ssshhh, what progress pics. I have no idea what you mean...

@exyle You are an amazing person.. Don't stress and fuss over confidence the most important thing in life is to be happy. You can have a look at my recent article for example. I got robbed and I'm happier now.
Also try boosting your metabolism and you will lose weight faster without so much efforts.

Cheers and much love my friend :)🍻

Your body was better back then, but I think your face looks better now. Keep the confidence and the memories. You'll get to where you want to be.

I agree with you man. I look older in a good way. I notice that in the way clients approach me as well.

hahah... good work .. by the way u r looking more handsome n attractive in glasses n beard.. keep it up... story was awesome
starting following u know
follow me back if possible

IS A LONG TIME WITHOUT US BEING AWARE AND ONLY REALLY AS SOY ..@exyle

BUT HERE I WANT TO SAY, YOU HAVE MADE INTERESTING POSTINGAN .. AND ACCORDING TO YOU HAVE A GREAT LITTLE PERIOD ...

Go to school (and then work), play video games and do not get out

Thanks all youngsters need to learn from this post

Good job. We all have choices and they have consequences.

A very good article about confidence! A real lesson of life!

Uau, thanks for sharing. I'm still figuring out how to break cycle self esteem wise. I feel all eyes are on me and waiting for me to fail. Thanks for your input :)

wow, this is a great post indee. Boy you and your child look great, upped. Thanks for sharing your strategy , hope many people will see this and gain confidence to improving their life.