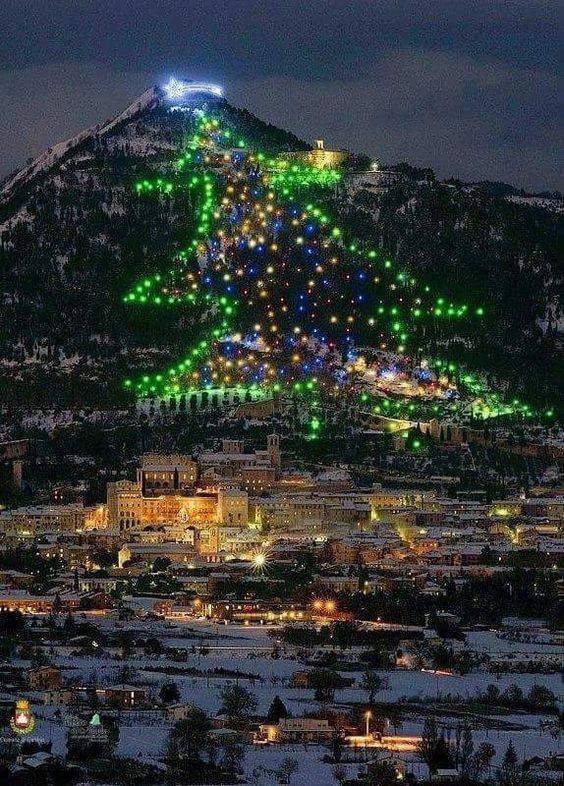 Gubbio is located in the northern part of Assisi, about 40 kilometers north of Perugia. Lying at the foot of Mount Ingino, it offers stunning views of the fertile valley below. Gubbio competes with Assisi for the title of the best preserved medieval city. The beauty of its serpentine streets and tiled roofs is enhanced by the presence of the Apennine Mountains. Each of the houses of the inhabitants has medieval origins and the city itself stands in the shade of the medieval walls.

The famous Eugubine tabels, the only historical testimony of a unique language belonging to the region of Umbria, provide an insight into the history of the region and provide important evidence of an alliance between Umbria and Rome against the Etruscan invaders. The ruins of a Roman amphitheater attest to the domination of the Roman emperors and splendid palaces reminiscent of the years of tyranny under the leadership of the Urbino ducats. With its stunningly preserved streets and spectacular mountain scenery, Gubbio's culture is blooming during local festivals and the tradition of pottery production. The most important distinction of the city is given by the painting school, and the most important character is perhaps Italy's first novelist, Bosone Bovello Raffaelli.

Gubbio was a city of the old Umbrian region. Founded in the 3rd century BC under the name of Tota Ikuvina, can be said to have been the political and religious center of the region. Gubbio grows in importance in the 1st century AD. as a Roman city named Iguvium, and according to legends, it is the place where Rome sent its aliens. Unfortunate or not, enjoyed a period of peace and prosperity until the fall of the Roman Empire. In 552 Gubbio was attacked and destroyed by the Goths. Forty years later, the Goths lost the area in favor of the Byzantines, and over the next 200 years (772), the Lombards conquered them.

In the 1150s, 12 cities in Umbria, led by Frederic Barbarossa, joined forces to attack him. The city was rescued by the bishop, later known as Sant'Ubaldo, who convinced the emperor to give the city independence. As with the other localities in the region, there was a continuing conflict between the power of the commune and nobility. One of the aristocrats, Giovanni Gabrielli, became the city's signor in 1350, but four years later, Cardinal Albornoz and his papal army captured him. From 1387 until 1508, Gubbio was ruled from Urbino by Duke of Montefeltro. He remained part of the Urbino Duchy until 1624, when he was annexed to the papal state.

Gubbio today manages to attract tourists with the few well-preserved palaces, such as the Palazzo dei Cocsoli, whose construction began in 1332 under the coordination of the local architect Gattapone. The Palazzo Ducale, the other famous palace of the city, was built in 1470 by the Montefeltro family as a copy of their Urbino residence. A more bizarre attraction is the Porte della Morte (the gate of death), surrounded by macabre legends, still used, most likely with a defensive role.

And agn thnx coz i

The @OriginalWorks bot has determined this post by @ionutciobanu to be original material and upvoted it!

This post has received a 0.61 % upvote from @boomerang thanks to: @ionutciobanu

@boomerang distributes 100% of the SBD and up to 80% of the Curation Rewards to STEEM POWER Delegators. If you want to bid for votes or want to delegate SP please read the @boomerang whitepaper.