My friend made a racist comment.. here's how I responded. 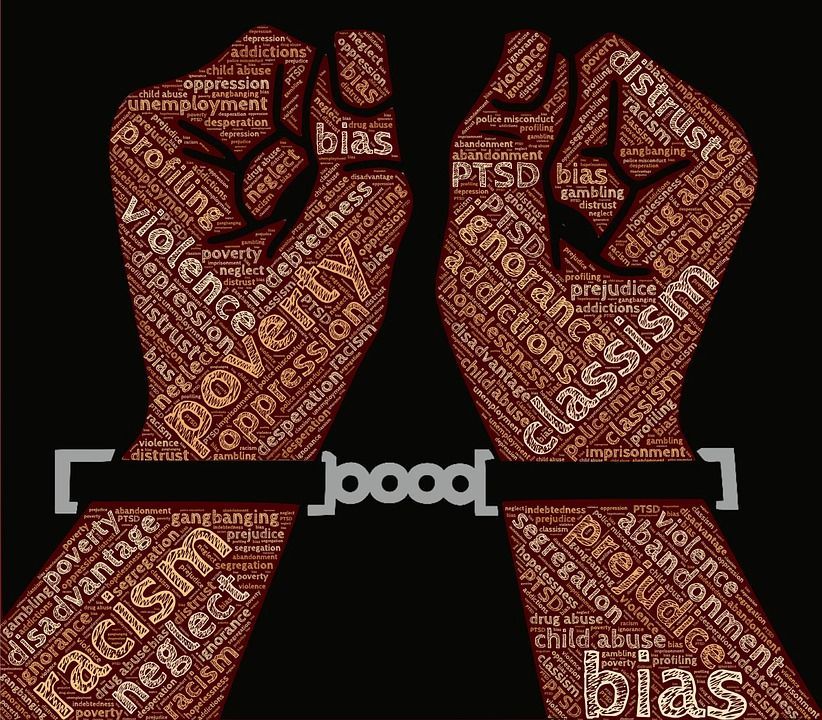 Most of us forget we're human, that we're imperfect, that we're prone to mistakes, and we can often and unknowingly offend people without even knowing it. After all, if we were brought up knowing no different then how will we understand unless someone politely explains it all to us? That's why I disagree with people shouting racist; screaming white nationalism down the ears of some poor unknowing person -- not that I am defending racism, only that I'm saying we can educate our peers better, and in a way that's more respectful to others. We all crave respect.

Did you know that people listen better to others when they don't see them as a threat? Think of it in the opposite sense, how does it make YOU feel when someone tries to educate you in a condescending way? I bet you feel not very open and listeny, do you?

Now let's think for a moment. I challenge anyone that reads this to monitor their words; actively think that whatever we say to someone else that's educational, ask yourself whether you would receive that information well if you were the receiver. It's something that I learned as a manager. I had to get people to listen without feeling like what I was asking them to do was a burden, it's how I built confidence in a team and grew my staff.

So one of my friends made quite a nasty comment about immigrants, the pressure on the working class and the availability of public services because of the toll of them. I'll admit it irritated me quite a bit. Mainly because he was a friend and I don't half-arsedly choose who I want to have in my life these days, my selection criteria is pretty damn strict. Then, here was my friend, running of his mouth and repeating what he had been force fed through the media. I had to readjust myself because I was beginning to lose control.

It's human nature to react badly when someone states an opinion that's wildly outside our personal boundaries. It's why you see groups like ANTIFA making a rise. I get, it, I really do, but I really don't condone reactionism. Then there was me, in my friend's chair about to lose my shit when I managed to restrain myself. I had remembered a few things.

My friend had never worked with an Immigrant in the past. He lived in a small town that rarely differs from the regular milky white British person and he doesn't do social media (also why I write this), which is coincidentally how we see the wider world. Take that in comparison to me, a person that has worked with foreign Nationals, socialised with them, and lived in different countries with them. I'm a poster boy for multiculturism.

With these different perspectives in my mind I was able to devise a plan to talk to him respectably, and in a way that he would listen. I told him stories about when I worked in the catering trade; the pay gap and also the tax gap I noticed with immigrants. I was fortunate enough to see their wage slips -- 60% tax and at least £1 drop on hourly rate to my wage. That might not be much for those of you on £20 an hour, but back then, to me, that pay drop could have been the difference between a couple of nights out with my friends and a week inside watching re-runs of friends.

I educated him on the history of humans; how we were designed to live in our little familial communities and any outsiders are seen as a threat, and whilst we have evolved past that over the last thousand years the media love to play on our narrow-minded perspectives on 'community' all the time. It loves to give us the isolated incidents, hoping that we will grab hold of our primal instincts because with everything in life, negativity always spreads faster than love. We're designed to look at the negative, our brains are wired that way to spot danger a mile away, even although it's not needed like it was in the days we foraged for fruit and spiked Mammoths with large spears.

Did I convince him? I'm not sure, but I said my piece, and now he was aware of the facts of the situation and why we're designed to think like that. The rest is up to him. What he does with that knowledge in the future I'm not sure. It's all I could do really. I'd lose a friend if I screamed at him, and there's so much more to my friend than a Political opinion. So much more.

I've always been a believer in spreading education with love, kindness and respect. People seem to be defining theirselves by Political opinion these days. I'm not too sure I like it. Perhaps I blame Facebook; we wouldn't be anywhere near as bad if the Politicians didn't use it as a platform to score points with the public. In my eyes, Facebook has overstepped the mark in so many ways that I feel there's no going back.

But that's a discussion for another day.