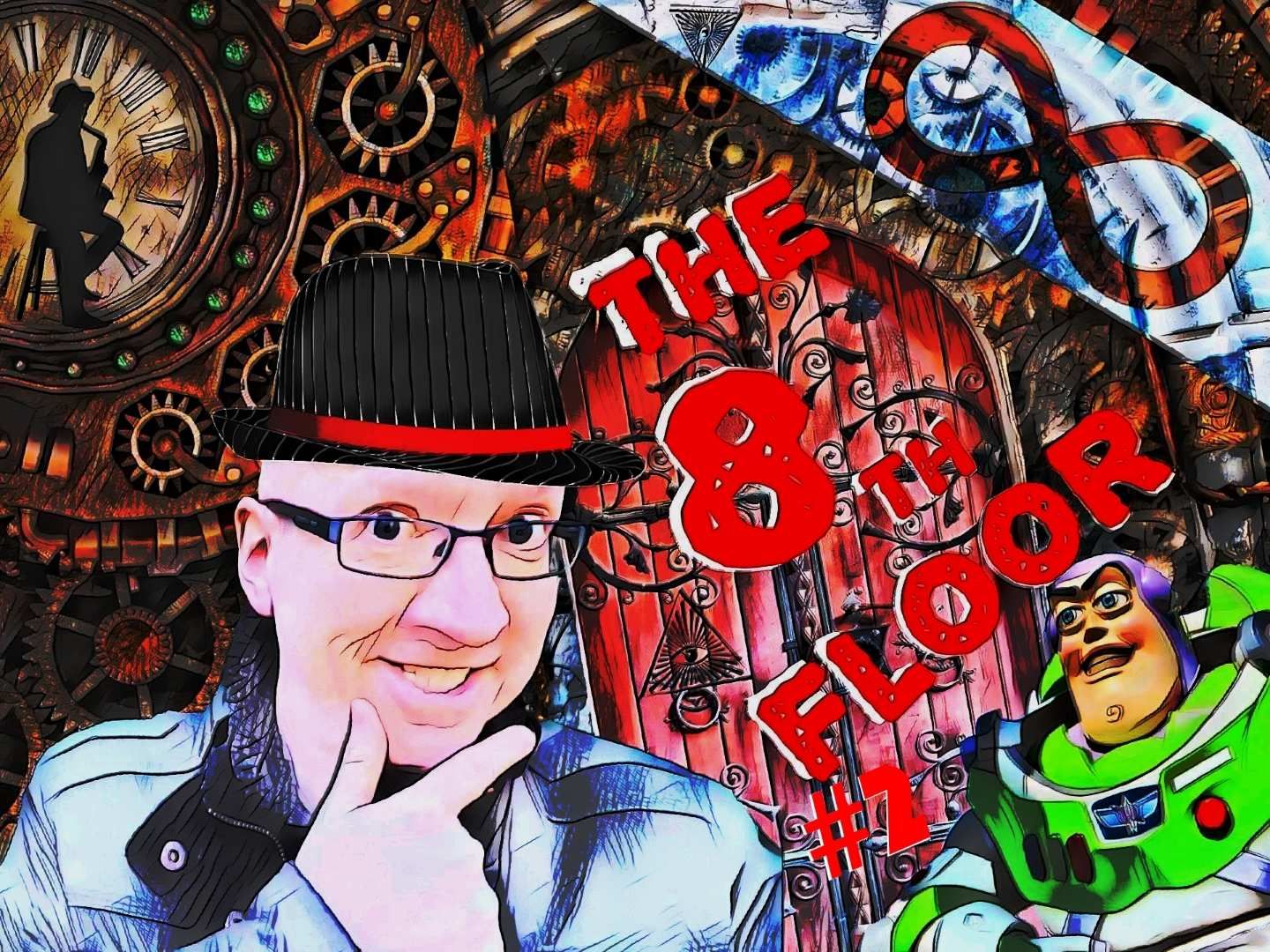 I raised my head gingerly up from the floor and looked back to see what had caused me to fall. Behind me Sad-Arse sniggered impolitely.

Oh yeah, mind the step. They all fall down it first time.

I made a kitten eating arse-ketchup face and flung it sideways at him.

Looking around I could see the place was a tip. The floor was six inches lower than it was outside and was a bare metal affair. There were guys with hard hats and yellow vests everywhere laying down thick cables and shouting mate at each other.

A sign warning of the step would have been nice. As I got my hands underneath me I saw a pair of killer black heels click-clack toward me then stop just a few inches before my nose.

I fought down the obligatory half truncheon and looked up slowly at the owner. It was the scarlet-lipped Carlate. She smirked and offered me a hand up. For a moment, I thought I heard something dark and shaggy growling softly at me.

I dismissed her hand. When a man like me takes a lady like her's hand, it's not to get up. At least, not from the floor.

Well well well. Look who we have here?

I said as I adjusted my hat back to its usual rakish angle.

Carlate looked around her with a puzzled expression like a racoon trying to find its penis in a cupboard.

It's me, Carlate, obviously. I see you have been re-acquainted with Darcy?

Sad-Arse made a noise like a cat in a sack discovering it's only other companion was a brick. He huffed past me to a nearby desk and sat down.

Carlate gestured for me to follow, turned and started clippity-clopping away. I followed her. My eyes drinking in all the detail around me. There seemed to be an awful lot of cables being wired in. Big thick things like metallic alien limbs pinned up in eye-twisting designs.

I had kinda hoped for some windows this time?

Oh yeah, not here. Not at the centre.

I frowned. She seemed to be talking in riddles. Villains always did. Like when I tracked down the mad Canadian, Red Marty in a previous case involving giant chickens and the Hoover Dam.

Carlate halted at a desk.

This one is yours. I suppose you are wondering where we got the idea for the lemniscate...

She looked annoyed by my interruption. She waved an arm breezily toward a far wall and began again.

This time she looked as if she had caught me farting in her cup.

Shush. As I was saying. We came up with the idea of using the lemniscate sign for our project because you know?...

Because you know? Well no. I didn't know. What the fuck was a lemniscate? Was she blowing sherbet up my arse? Would that be a bad thing?

You know, the infinity symbol? Like we are putting our stuff into the cloud so we thought it would be a great idea. You know, like infinity and beyoooond..

She stuck her hand out in a weird Nazi-esque salute and grinned.

Again with the weird salute.

This was worse than I thought. I had stumbled upon a nest of tech'y nazi vipers, working from within my company. I had to find out their plans and fast. It looked like they were gearing up for something big.

Oh and one more thing...

She motioned me to look at the side of the desk, on the floor lay a big mouse trap.

This used to be the storeroom for the cafeteria. So we have to be careful about rats.

She looked me right in the eye. Those red lips glistening like bolognese.

She held my gaze. I got the message loud and clear. All thought of introducing her to my long pink tail flew right out the window.

"Sad-Ass" was rude, aware of the difference in the floor and was not able to notice it.
Many things to assimilate for being the first day dear friend @meesterboom
Project ¨lemniscate¨ ¨infinito¨ and ¨beyoooond¨ ¨trap for mice¨ and as if that were not enough. "Nazi greeting"
What plot ¨Carlate of scarlet lips¨?
Very interesting, it requires a lot of research, but with great care.
The eighth floor holds more secrets than I thought.
Have a great day dear friend

Have a great day mate!

And yes, there are many delights on the 8th floor if you can stay alive long enough to find them!!

Followed you back too bro.

If we all follow each other it will resemble that scene from Forest Gump when he runs across America. Unless we run in a circle...Then we won't get too far at all.

Haha, I can see the scene in my head!!

A sea of following. If we did it in a circle it would be a whirlpool!

As kids we'd make a whirlpool in the neighbours swimming pool.

I think we just called that farting? :0)