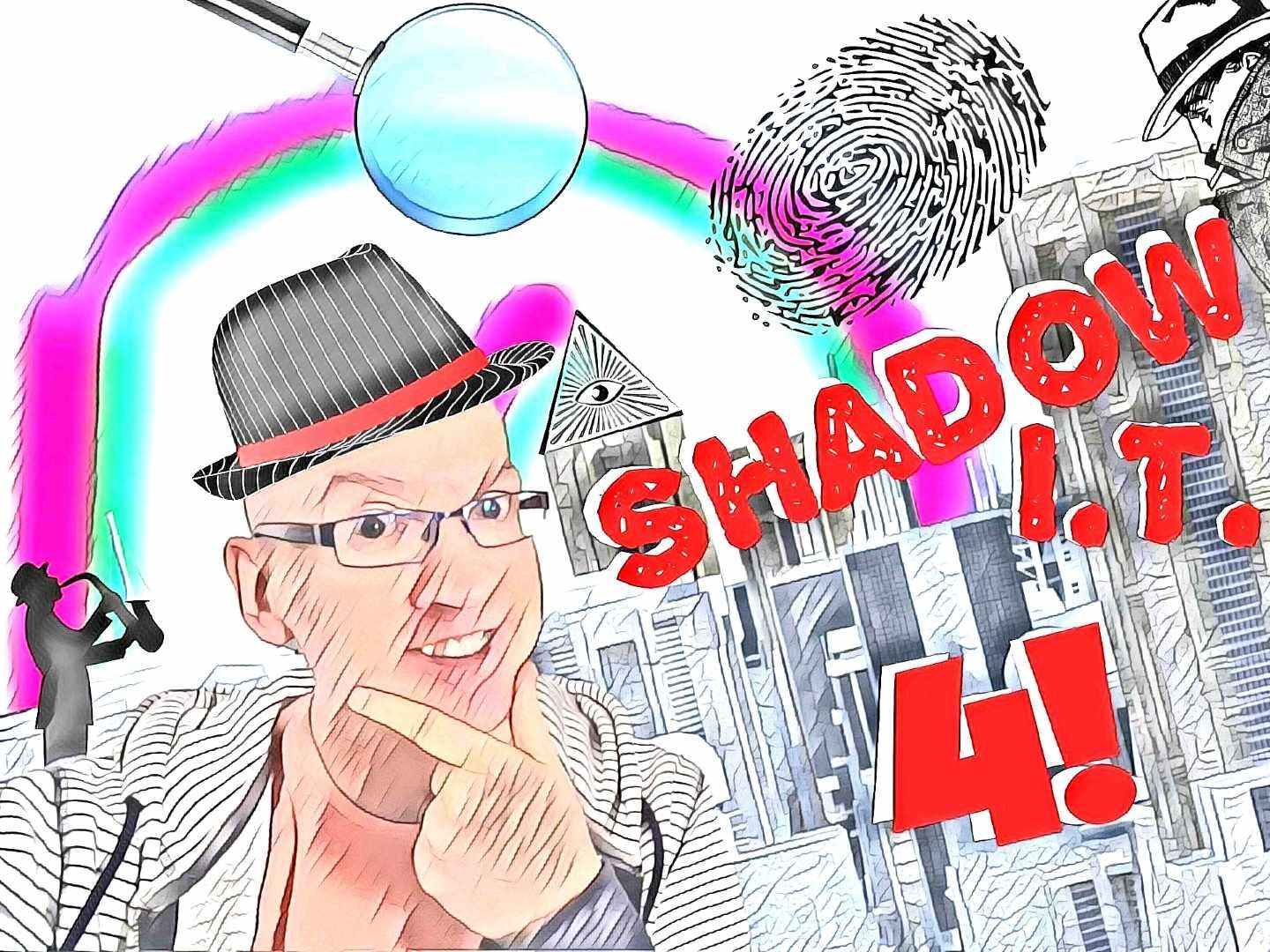 The day of the meeting had arrived. I straightened my fedora in the mirror. The good lady pressed herself wantonly against me, like a jam-smeared pheasant.

It's today isn't it?

I tilted the hat brim at maximum rake and turned to the side.

Yeah baby, this is it. Today the secrets of the Shadow I.T. will be laid bare.

She buried her head in my shoulder.

Be careful sweetheart, it could be a trap!

I gritted my teeth manfully and snarled at the mirror with handsome abandon.

With that, I swirled my greatcoat around me and coffee in hand, headed out into the early morning rain.

The time in work passed at a snail's pace whilst I waited for the meeting with El Jefe. I had had four coffees and it was only 11 o'clock. Today it looked like I was gonna crack the Shadow I.T. case wide open, I could barely contain my excitement.

To pass the time I drank more coffee and jiggled my right leg up and down at a furious pace. Eventually the guy to my right slammed his pen down.

Will you stop jiggling your fucking leg? It's making the whole row of desks shake!

I threw him a caustic eye.

Ever worked in a prison Mikey?

Boomdawg, how many times do I need to tell you, my name isn't Mikey.

The what? Look, just please stop jiggling your leg. Ok?

El Jefe pinged me shortly before the meeting - meet me in the hall, the message said.

This was it. Time to stick a hand up this twitching corpse's arse and see what I could pull out.

Before I met him, I walked over to the Kitchen. I chose the meanest looking spoon I could find and slipped it surreptitiously into my back bin. I looked around and whispered smugly...

There is no spoon...

Out in the hall there was a shout.

It was El Jefe. He motioned me over and mashed the button for the lift.

So, what we got then? We meeting the Shadow I.T?

He said it so nonchalantly, as if peeling a pigeon's egg.

The lift pinged and we entered. El Jefe winked.

The basement? Isn't that just the mail sorting room?

El Jefe gave his balls an overt tweak and winked again like some kind of manic winker. Only the doors opening on the basement level saved him from getting a spoon to the neck

I was led through an area littered with boxes and men suffering from constipation until we reached a door set in the very back wall.

He turned and looked at me, all serious now.

I heard you were asking about the Shadow I.T. team. I thought you might like to join them.

He flung open the door.

I threw a hand over my face and shrieked...

What lies behind the door? Can the intrepid Boomdawg get out of this pickle and return to his lady love? How do you peel a pigeons egg?

Tune in for the final instalment of, The Shadow I.T. Coming soon.

Hi @meesterboom
regards.
your work is amazing, tell a romantic love story ...., the votes exceed 200, how do you do it, please guide me.
story line
I feel that is in it.
Does this article describe your daily life ... ??

sometimes a woman's heart tries to be guessed, because the woman in her life follows the strains of a soul. Others ask with a man who puts forward logic in his life.

I use everyday events from my life and twist them into s story and try to put it in some other context. In this one I twist it into a detective story with funny bits. I have a knack for describing things. :O)

Wow great..
You are indeed extraordinary