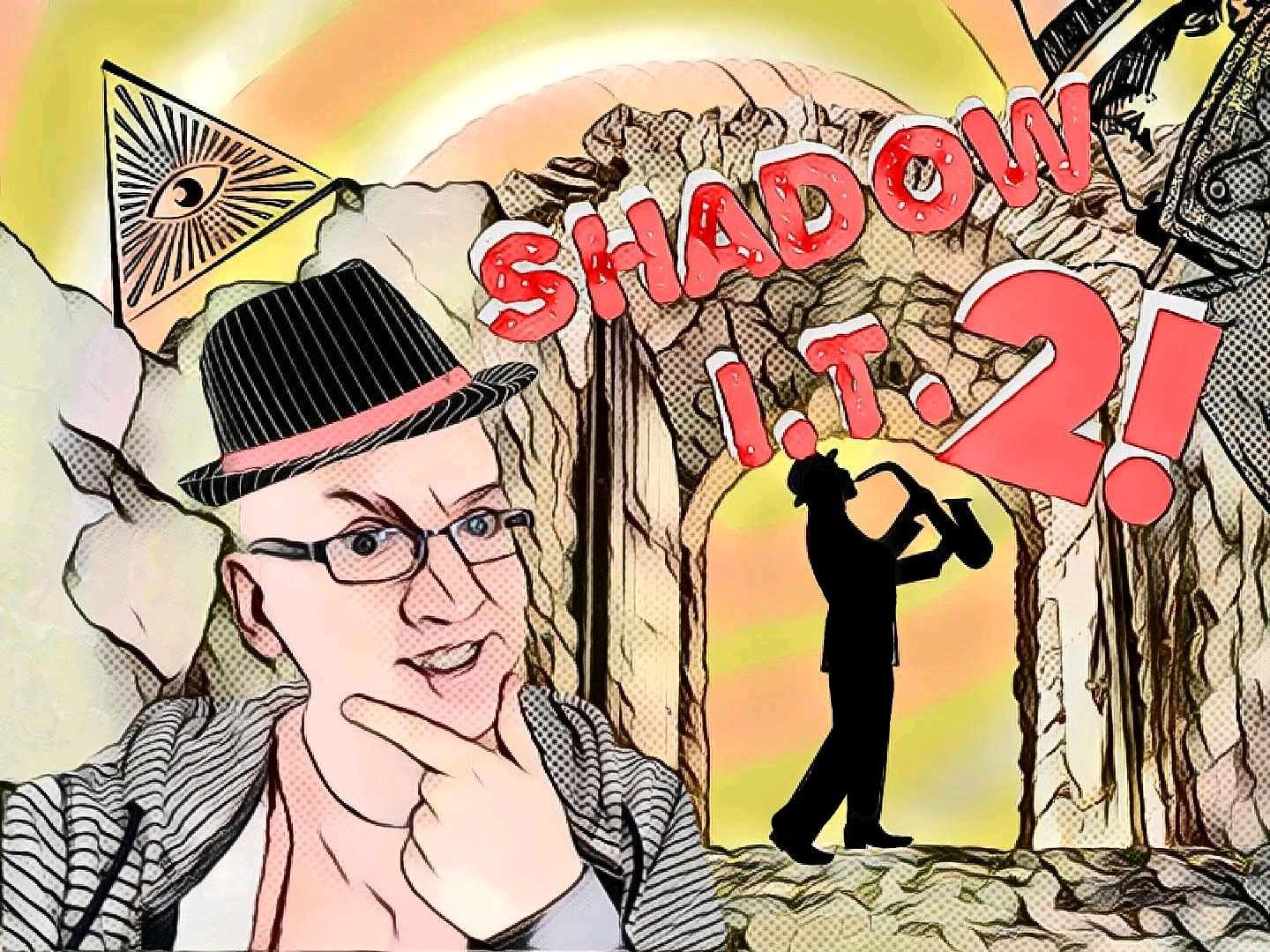 I was on the trail of the mysterious Shadow IT.

For days now I had been pursuing leads and asking questions about this thing I had stumbled upon last week. People clammed up when I asked them. Doors were being slammed in my face. More than once I had been dismissively told - It's just a business thing. I was starting to lose heart.

I went for a walk at lunchtime to clear my head. Someone must know something? I examined what I knew.

I knew that the so called Shadow I.T. exists and people know about it. It appears to be an organisation within my own organisation.

What were they doing? Was my company a front for something else?

This led to the bigger question... Was this Shadow I.T. a force for good or bad in the world? With the secrecy around it all I could only think that there were sinister goings on afoot.

I realised I had drunk 7 coffees that morning and my back teeth were floating. Better find a toilet and fast.

I made my way into a public convenience in the heart of Glasgow. A subterranean affair, notable for its damp interior and questionable hot fish yoghurt kind of scent.

There were no urinals, just cubicles. I sat in one and pondered.

During my deliberation I heard a scratching noise. I looked down. A piece of toilet paper was being pushed under the partition between my cubicle and the next. What could it be? It had writing on it. I reached tentatively down and picked it up.

Up for IT? IT??! I.T.!! At last. I had a lead! Contact had been made. It was obvious now that the Shadow I.T. were electing to make contact of the most covert kind. I marvelled at their subterfuge. Initiating contact in an underground shielded location, no doubt safe from electronic eyes and ears.

I pulled out a pen and quickly scrawled my own message to push back through. I was no stranger to subterfuge myself.

There was a hoarse breathing from the other side. I could tell I had impressed them. It looked like this might be the beginnings of an illustrious career of international intrigue. Was I to be the next James Bond?

There was no answering reply, however my keen hearing heard the latch on the door to the next cubicle slide back and the door creak slowly open.

I swiftly put away my nadgers and stood, fastening my belt tight.

This was it. Shadow I.T. Prepare to meet your newest recruit!

I exited my cubicle and slowly turned to my right where the note had originated from. The door creaked open further.

Aw for fuck sake man, put it away!

I went to a coffee shop and ordered a flat white with an extra shot. I was not disheartened. I knew exactly what had just happened. They had just attempted to throw me off the scent.

I must be getting close.