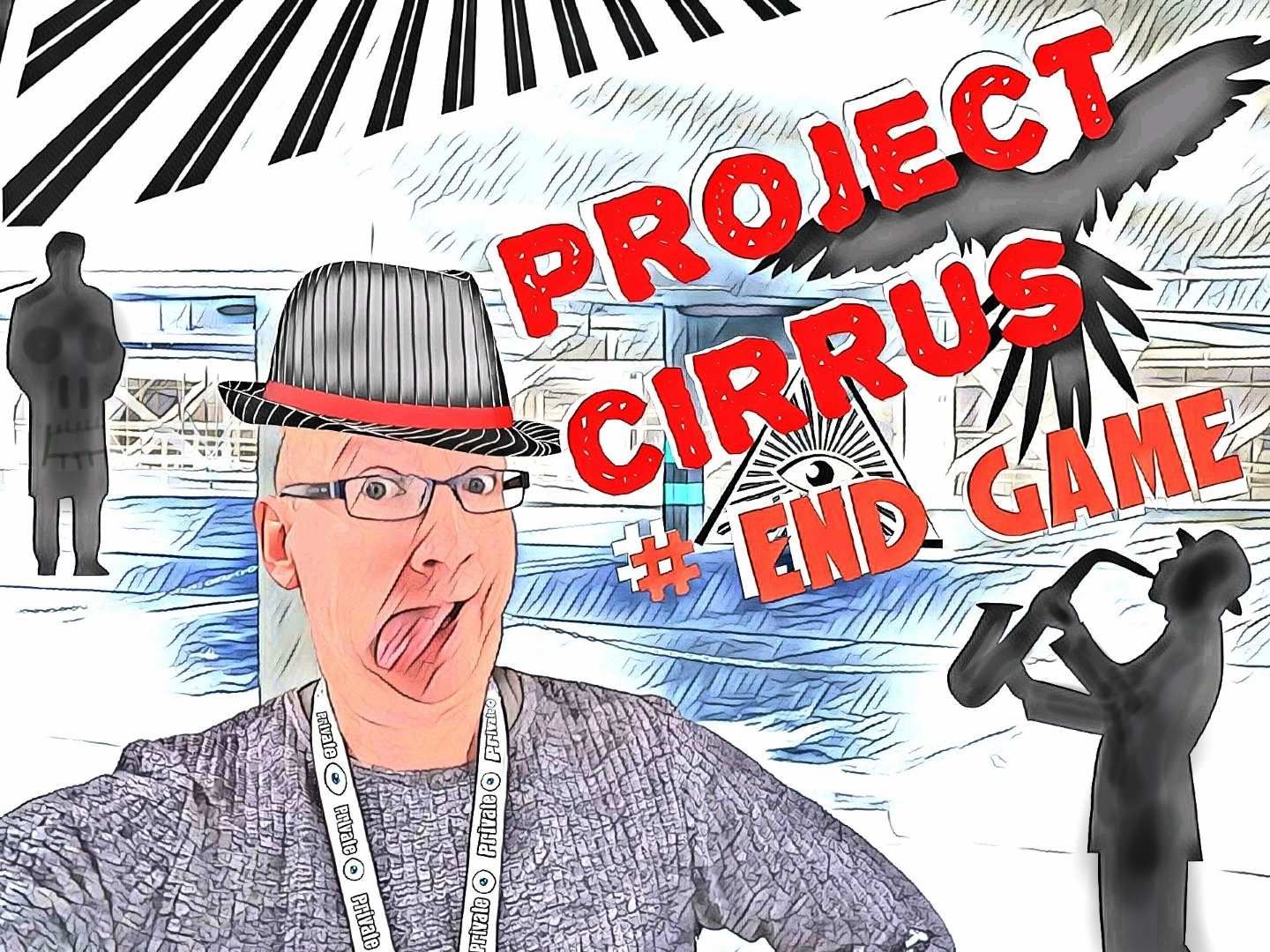 I scampered toward the entrance of the lane like a demented thing on steroids. This bloody vaping man was gonna hear me and no mistake. I rounded the corner and shouted.

There was no-one there.

The lane was quite a short one. A few rubbish bins in the middle and steam billowing up from some kind of grating in the ground.

I walked along, eyes glued to the ground like fetid conkers, looking for clues.

There was a discarded condom near one of the bins. I picked it up and rubbed it between my fingers to see if it was still warm. No. It was as cold as this case was becoming. I threw it away contemptuously.

Nothing to see here then.

I heard a crow call and scanned around me.

Sitting on one of the bins was a large one. Black as night. It regarded me with a bastard of a crow face.

What do you know of Project Cirrus?

I demanded. Somewhat irrationally it could be said.

It tilted its head to one side and regarded me with a eye like diseased caviar. It hopped back a bit.

I moved toward it one hand straying slowly to my back pocket. Call me mad or call me Josephine but I was suddenly quite convinced that this crow had all the answers.

At my raised voice it opened it's wings and fanned them aggressively at me.

Quick as a whip my fist flashed out releasing my trusty spoon which sped like an arrow and biffed it straight on the head. It dropped to the ground.

I moved forward and bent to retrieve my spoon from beside the crow corpse.

You know nothing, crow.

Time to head back to the office.

I sat at my desk.

Were there any calls for me Mikey?

I'm not your fucking PA and for the last fucking time my name's not fucking Mikey!?!?!

Listen Mikey, when your looking at the tail end of a ten stretch, you will do anything to keep on the straight and narrow...

I tapped my nose.

Anything... Anyway, no calls?

Mikey sulked and pushed a post-it note toward me grudgingly.

Yeah, El Jefe called, asked you to go see him.

I gave Mikey a lecherous wink.

I knocked and pushed open the door of El Jefe's office. I was always surprised that his office wasn't the toilet given the hours he spent in there groaning and straining.

I entered, pausing only slightly when I saw that there was another occupant in the office with El Jefe. He stood.

I briefly shook her hand. She was the sassy business lady I had met in the basement, it seemed like a lifetime ago.

I said smoothly as if I had asked for a hotdog and been served a bratwurst.

El Jefe, looked between us suspiciously.

And I understand you have been asking around about Project Cirrus? Tell me, what have you heard?

El Jefe leaned back in his chair and steepled his fingers. His demeanour said it all. He thought he had me. Perhaps even now he had some toughs outside ready to fill me in and leave in a dumpster with a ladies sock crammed in my mouth.

What do I know?

I gestured around me, as if showing off my completed Lego Death Star.

Much as they say that the Cloud is just someone else's computer, it's more than that when you take into account interconnected enterprise systems each sitting on very different platforms. Integration is key and that my friend is where you need a solid test strategy to ensure that when the lead goose honks. You ain't the one out of formation.

El Jefe let out a big breath as if I had just burst him with a prick.

Carlate smiled, with lips the colour of freshly spilled blood.

Yes, I couldn't have put it better myself. Which is why you are moving up to the eighth floor as of next week to join us.

It was my turn to smile. All feral teeth and jaws.

In my head I slammed closed the file marked Project Cirrus and tried not to dwell on the fact that we didn't have an eighth floor...

The crow received what he deserved, he kept everything he knew

Be very careful, there may be an eighth floor wrapped in cloud
I wish you a great night

The 8th floor is certainly wrapped in something. But what can it be!