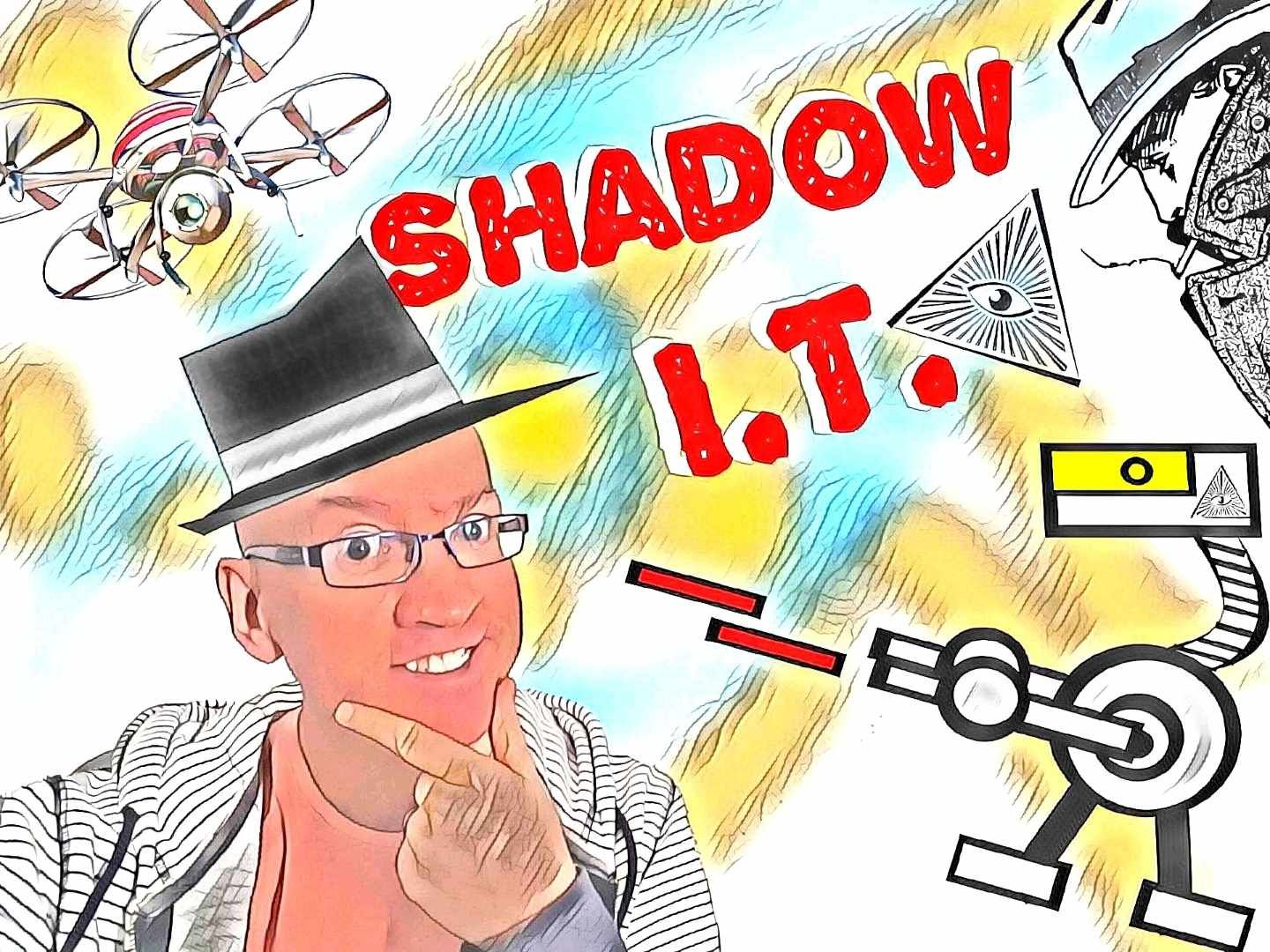 A most curious thing happened today whilst I was in a meeting. I had a coffee in my hand, making sure I was jacked on caffeine so that I wouldn't fall asleep and was listening to the usual mumbo jumbo nonsense talk.

That doesn't solve the problem with the Shadow I.T. we have.

Remarked a wispy bearded chap. I jolted out of my daydream. Shadow I.T.?

And what is this Shadow I.T. when it's at home?

Oh, it's nothing. Just some users doing stuff.

I opened my mouth to interrogate him further but was cut off by Queso Grande.

Let's move on shall we. We need to get these estimates in by close of play.

The subject moved back to dull stuff. I wasn't fooled however, Shadow I.T.!?! I bloody knew it. Didn't these people realise I had watched all of the X Files? Even that shit film a few years ago. There was obviously some huge secret project going on. Hell, perhaps the work we were doing was just a front for a villainous organisation with plans for taking over the world?

I scrutinised them with a fierce eye looking for signs. They were back to acting normal. Wittering on about T-Shirt sizing and forming squads to tackle problems - squads? That was a strange choice of word to use. Oh yes. Something was going down alright

After the meeting I loitered about waiting for wispy-beard. He looked the weakest of the bunch and I suspected I might be able to pull a Jack Bauer on him and get the lowdown on this mysterious Shadow I.T.

Maybe they would be impressed at my investigations and I would be asked to join the ranks? I wondered if I would have to kill someone with a spoon to prove myself. I hoped it would be a clean spoon. I can't abide a dirty spoon.

I could see in through the glass partition. Queso Grande was remonstrating with wispy-beard, it looked like an angry conversation. They both looked my way seemingly sensing my gaze.

I smiled and lifted my head in acknowledgement as if to say I am onto you fuckers.

They smiled back, like everything was normal and there wasn't a big naked elephant in the room fondling itself with a leathery toed foot. I walked off nonchalantly, best not to rouse suspicion. I had a spoon back at my desk. I decided to fetch it in case things kicked off and I found myself fighting for my life.

On the way to my desk, I popped to the loo. I had drunk a lot of coffee and seemed to have a bladder the size of a goats eye today.

Whilst I was washing my hands El Jefe blundered in and did a loud and rattly sounding pish into the urinal. Over his shoulder he called out.

I replied tersely. I wondered, could El Jefe be in on this? Surely not? Had he been sent to suss me out? To see if I was on the trail of the Shadow I.T.?

He finished up milking the elf and came over to the sinks to wash his grimy penis hands.

I had moved on to drying my hands with the paper towels. I looked at him square in the eye.

Was in a meeting there, they were talking about the Shadow I.T.

El Jefe jumped like I had thrown a big shit at him.

Aha, so this red faced baboon was in on it too! I threw my paper towels in the bin and walked past him. He reached out and grabbed my shoulder with his yet unwashed hands.

I looked in unfettered disgust at the hand on my shoulder. It was perilously close to my nose and I for one had no interest in finding out what his penis smelled like. I shook it off and arched an eyebrow at him quizzically.

He said lamely. His face fighting with itself in an effort to look like there was nothing to see here.

I harrumphed like a freshly shaved bear then nodded sagely. It was confirmed. There was something going on. Something big. Something shadowy.

Faintly as if from a distance I thought I heard a saxophone playing. I turned up an imaginary collar and headed to the coffee shop to rack up some more black gold.

On the way, I made a vow. I would get to the bottom of this. They couldn't stop me.