You’re so dark. No one’s going to love you. 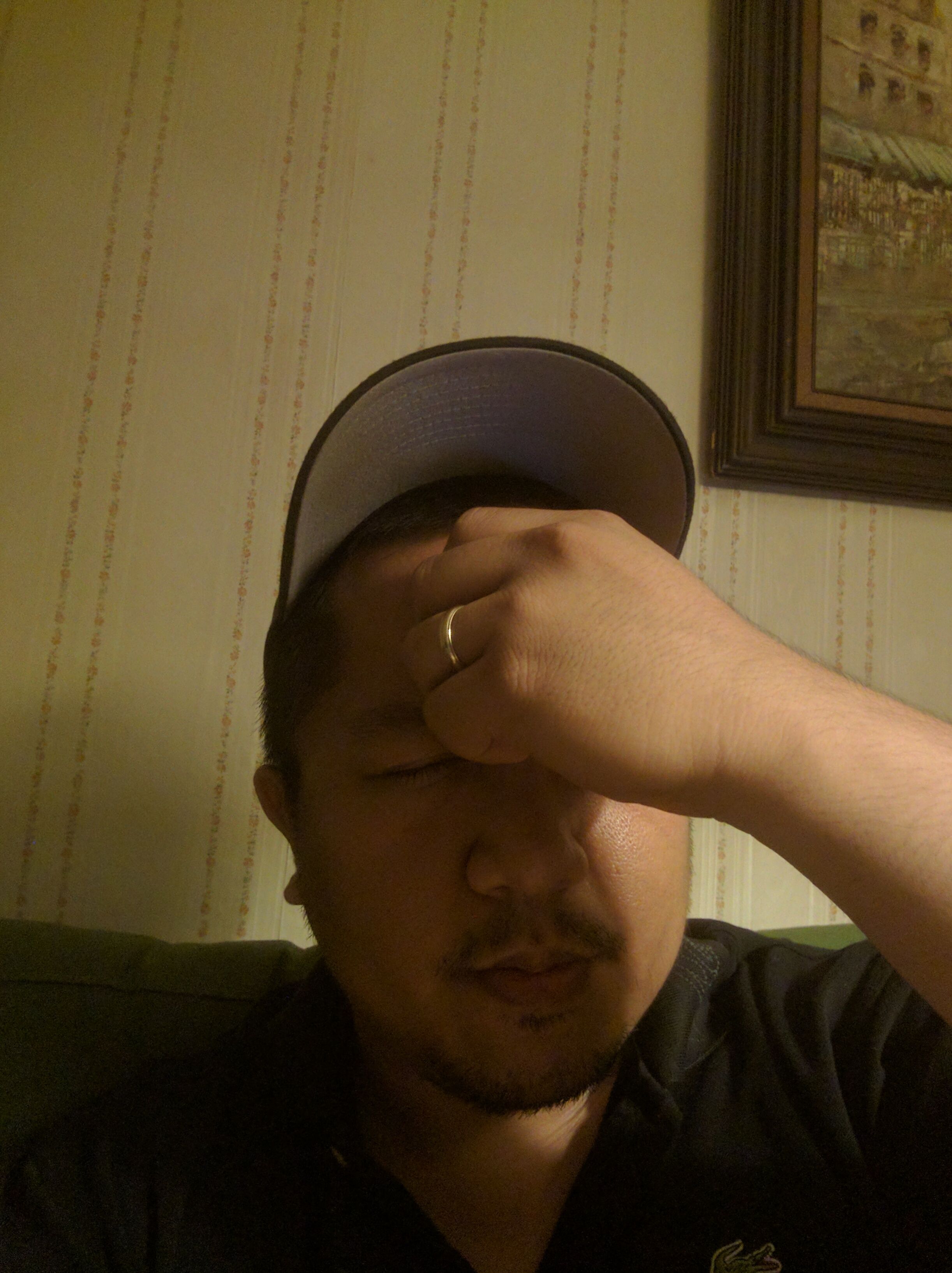 These were words I heard too often being thrown around by the older generation. Who dredged up these shameful memories? My wife (no she wouldn’t say those horrible things, she just calls me ugly). For the past few days my wife has been sharing videos questioning a Filipino culture trait that has plagued us since colonial times: the incessant need of Filipinos to whiten their skin. It is a trait that I abhor. This urge to whiten our skin is so strong that companies such as Unilever and L'Oréal profit a great deal from it.

After seeing one of my wife’s relatives ask the innocent question of whether or not westerners thought this idea was weird, I lost it.

Here’s the screenshot of said rant: I wasn’t yelling at the person who asked the question. This person didn’t know. This is what drove me up the wall. This need to whiten one’s skin color is so ingrained in Filipino culture, many Filipinos don’t know it.

So what right does this dirty westerner have to judge Filipino culture? My parents were born and raised in the Philippines. In many respects I was raised in a traditional Filipino household. Thankfully the title line was something I have never heard my parents say (my dad especially loves to tan).

Being raised by parents of Filipino decent is only one aspect of my upbringing. I grew up in New York, specifically in Queens (Yes, yes I know. I’m a dirty Queens boy). Growing up in New York has given me a core value that runs counter to a part of Filipino culture. The unimportance of skin color or least the idea of it (a topic for another day, we would be here all night if I went there).

Now to the folks who aren’t familiar with Filipinos (Lucky you, just kidding. Seriously, you haven’t come across at least one Filipino? Look around. It's easier to find one than trying to find Waldo. We’re everywhere). The Philippines is a Southeast Asian country made up of many islands. For a country that is in many ways homogenous, our skin tones can vary greatly. One person can be porcelain white while their own sibling can be as dark as the fertile soils of Mother Earth. This variance lends to the beauty of Filipinos.

So why are Filipinos chasing this dream of being “porcelain white?” It’s a curse bestowed upon us by our Spanish forefathers. They came to the islands and needed a way to rule us. Divide and Conquer, as the military maxim goes. What better way to rule a group of people than by dividing them. Elevate one group to a position of privilege over the other. This is where our blessing of skin color became our weakness. The Spanish taught our other ancestors that to be of dark skin was to be one step closer to being an animal. To be dark meant you were ugly, practically subhuman. That being light skinned meant you were one step closer to being human, one step closer to being them.

While many folks over in the Philippines are trying to whiten their skin, there are folks over here in America who are trying to darken theirs. Don’t believe me? Pull up Google Maps and center it on New York City. Now do a map search of “Tanning Salons.” There are dozens! And that’s just a search of one city here in America! So what does that tell you of the idea that only light skin is beautiful. None of that matters (If you’re ugly, you’re ugly - just kidding). Being a good person on the inside is what counts (cliched saying, but true nonetheless). Not this superficial facade that is our body.

Judging a person’s beauty based on their skin color is ridiculous. It’s like me saying that I’m more handsome than Denzel Washington because my skin is lighter than his. It’s absurd! (I am, however, more handsome then him, just for different reasons...I wish T_T ).

We as Filipinos need to question the mass media. Does that actor/actress really represent who I am? Why does the poor person/servant have to be dark? Why not flip the script? Why is the darker person being depicted as ugly? Is this really the world that I come from? Look at the people around you when you do this. Does this "ideal" the media presents to you real? Think about it.

I’m going to leave it at this for now before this turns into a full blown steemit version of my facebook rant. The next time you walk into that store and you consider that whitening soap. Think about this post. You’re beautiful. You don’t need that whitening soap. Walk away...and buy the regular soap (just because you’re beautiful doesn’t exempt you from regular bathing, seriously you should bathe. Light skin or not, being smelly isn't beautiful).

Read my last post Christian. I will come back to read this specially

Thanks for the upvoting and resteeming my post! Means a lot.

No problem, Read my last post and the comments and be empowered

@surpassingoogle Could you link the post? I want to make sure i'm looking at the one you're referring to.

Read at least the top comments as the comments are really many. And the post itself; digest it

Thanks for the vote of confidence and for resteeming my post!

Even here in The Netherlands it was once a thing for the rich people to stay white. If you had a teint you were probably working outdoor on the land. And now if you are pale they think you are sick.

This is also in Suriname, where dark people rather be light then dark. And pale thier skin with bleach. its the world upside down.

@markush It's a tragedy. It's just sad to watch people put themselves down because of their skin color.

I have read your post. I am very happy.

Glad that you enjoyed it. :)

I think it is really weird. Some weeks ago one 3 year old child in the kindergarden came to me and told me she would love to have a brighter skin.
I was almost starting to cry, She is such a lovely, smart girl and has dark skin. And i think there need to be a change everywhere. Look in the books, movies... who plays the good und smart guys? In Books for kids there are often just kids of one ethnie. And sometimes they include colored kids but then they can't speak the language properly or they have very hard background etc.

Open your eyes, live is full of colours and what would it be without them?

@thatsreallife Thank you for taking the time to read my post. I'm just tired of people wanting to change the color of their skin because society tells them that it's a flaw. I find it frustrating to go to the Philippines and see so many products promising to whiten a person's skin and all these folks buying it up. It's just heartbreaking.

Awesome post! I appreciate how genuine you are in everything you post. It's an eye opener about Filipino culture, too. Your post will make a difference to people.

Thank you so much for the supportive words.

love yourself...everyone follows to love you...just be you

I have 7 siblings and all of us come in different shades. haha! I used to be quite pale because I was born sickly (not contagious though. lol) but I now spend a lot of time outdoors because of our vegetable garden and I really do love the brown tinge that I now have. But what you say here is still very true to a lot of Filipinos. In this small town that we live in, there are now a number of gluta spa salons that are being flocked by women (and men!) who want to have to have fairer skin.

@dandalion Gluta spa salons? I never heard of that before. I guess when there's money to be made, people will help propagate this insanity. I hope that Filipinos wake up one day and realize that they don't need to do any of this. A lot of the most beautiful people I know have a dark complexion. If that is their true color, I wouldn't have it any other way.

Congratulations @oceanrift! You have completed some achievement on Steemit and have been rewarded with new badge(s) :

okay.... i didn't read the whole post.... i had to say something after reading the first line. no one is going to love you because you are not white? that's insane.......... you don't need to be white to be beautiful...
and i am going to be honest. you are not beautiful. you are not ugly either. that's an average kind of face. most of the people have the average looking face. and you really shouldn't be worrying about your skin color.
do you know that the darker your skin color is the less chance you have to have skin cancer.
so you should be happy that you have a darker skin. because having a higher chance of skin cancer is definitely not good.

PS- With regards to my attractiveness. I'm glad I'm not beautiful nor ugly. Just plain. I'll be sure to report that to my wife and assure her she isn't as crazy as I thought her to be for being attracted to me when we first met

@masummim50 The post wasn't about my looks, the mentioning of my looks was an attempt at humor. Mainly to keep myself calm while trying write about the subject matter.

However, getting back to the topic at hand. The title line is there to point out the ridiculousness of such a line. Read the whole thing. And you'll see I'm not advocating the idea of dark skin or any phenotype as being unattractive.

okay... i read the whole post now.... i understand

The @OriginalWorks bot has determined this post by @oceanrift to be original material and upvoted it!