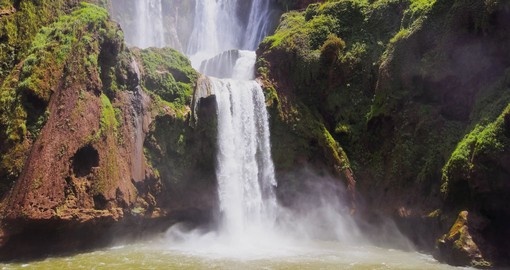 Rabat – The capital of Morocco; very relaxed and hassle-free, highlights include a 12th-century tower and minaret.

Casablanca – This modern city by the sea is a starting point for visitors flying into the country. If you have the time, both the historical medina and the contemporary mosque (the third largest in the world) are well worth an afternoon

Fez – Fez is the former capital of Morocco and one of the oldest and largest medieval cities in the world.

Marrakech (Marrakesh)– Marrakech is a perfect combination of old and new Morocco. Plan to spend at least a few days wandering the huge maze of souks and ruins in the medina. The great plaza of Djeema El Fna at dusk is not to be missed although the sheer number and concentration of tourists may be off putting for some.

Meknes – A laid back city that offers a welcome break from the tourist crush of neighbouring Fez. Was once an imperial capital and retains its extensive walls and an "old city" smaller yet similar to that of Fez. There are a number of vineyards in the area around Meknes.

Ouarzazate Considered the Capital of the South, Ouarzazate is a great example of preservation and tourism that hasn't destroyed the feel of a fantastic and ancient city.

Tangier –Tangier is the starting point for most visitors arriving by ferry from Spain. An enigmatic charm which has historically attracted numerous artists (Matisse), musicians (Hendrix), politicians (Churchill), writers (Burroughs, Twain) and others (Malcolm Forbes).

Tetouan – Nice beaches and is the gateway to the Rif Mountains.

Agadir – Agadir is best-known for its beaches. The town is a nice example of modern Morocco, with less emphasis on history and culture. Take the local bus for MAD5/10 to the north town of Auorir and Tamraght where there are great beaches

Amizmiz – With one of the largest Berber souks in the High Atlas Mountains every Tuesday, Amizmiz is a popular destination for travelers looking for a day trip that is easily accessible (about an hour) from Marrakech

Chefchaouen – A mountain town just inland from Tangier full of white-washed winding alleys, blue doors, and olive trees, Chefchaouen is clean as a postcard and a welcome escape from Tangier, evoking the feeling of a Greek island

Essaouira – An ancient sea-side town newly rediscovered by tourists. From mid-June to August the beaches are packed but any other time and you'll be the only person there. Good music and great people. Nearest Coast from Marrakech

Merzouga and M'Hamid – From either of these two settlements at the edge of the Sahara, ride a camel or 4x4 into the desert for a night (or a week) among the dunes and under the stars 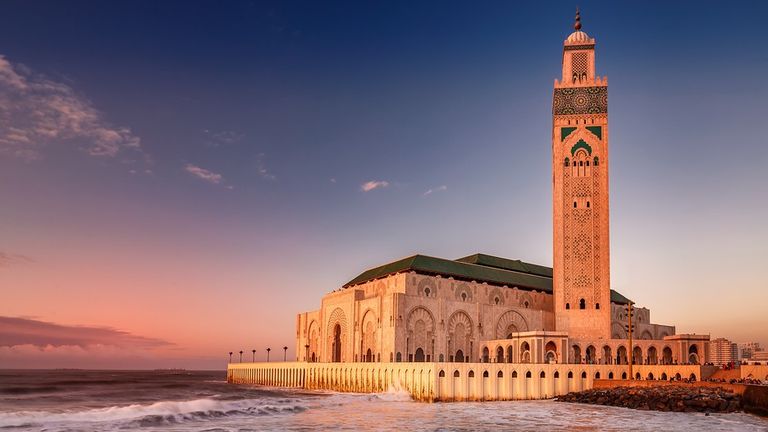