Here are two famous people for their height.Read and you will discover the heights these people have. 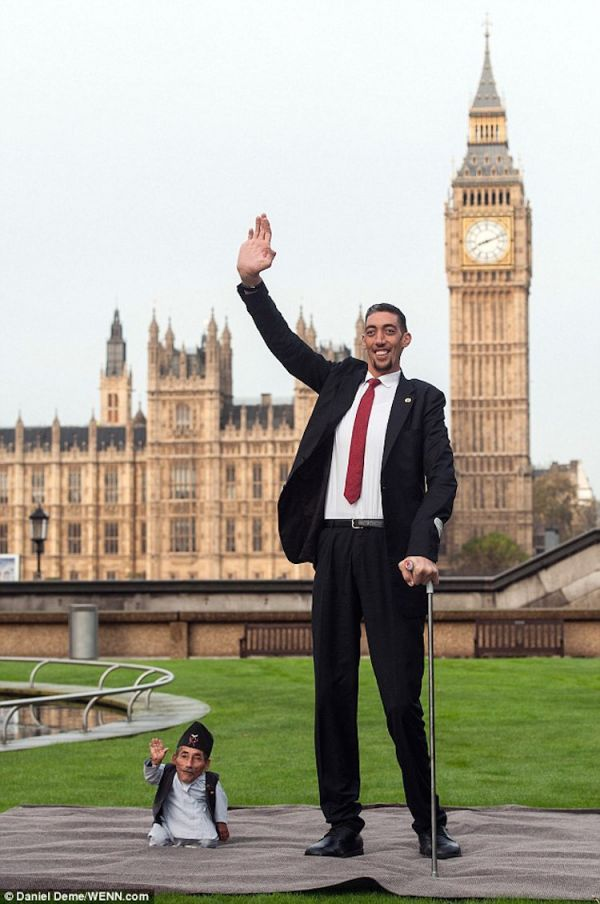 As part of the celebration of their 60th anniversary, on November 13th, the Guinness Book of World Records organization arranged a meeting in London of the tallest and shortest men on Earth. The World’s Tallest Living Man, who is 8'3" tall, is 31-year-old Sultan Kosen, from Ankara, Turkey. The World’s Shortest Living Man, standing at 21.5", is 74-year-old Chandra Bahadur Dangiof Purandhara, Nepal.

The video below shows footage of the two seemingly fast friends side-by-side. At one point in the video, the men shake hands, and the contrast between the size of their hands is stunning. At the same time, it seemed somehow uplifting, as if it represented the unity of all people in the world who are "different," and honored them as people.

"It’s a special milestone for us and we thought we’d do something very special. We’ve united for the very first time, the World’s Tallest Living Man and the World’s Shortest Living Man. …It’s something that resonates very deeply for everyone. It crosses all cultures, creeds and races and to have them both together gives us a snapshot of the extremes of the world today."