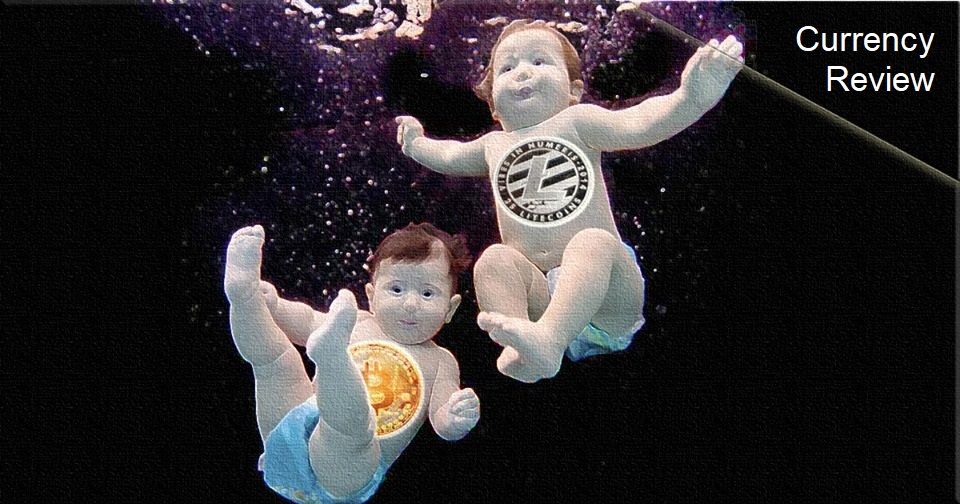 Steemians,
Today we'll talk about the currency that was born somewhere in late 2011 after splitting from Bitcoin and gaining momentum over the years. We will provide general information about the currency and from there we will dig deeper. This is a coin that, perhaps because of the name, stood in the shadow of the Bitcoin, but there seems to be a development there that reminds us of why it's here. Who are you Litecoin?

The Litecoin was created by splitting from the Bitcoin (copy, paste) and is therefore almost identical to it, but of course with some significant changes. The vision of Litecoin is to enable the transfer of financial value faster and cheaper than Bitcoin. It's based on a different algorithm from Bitcoin that enables rapid mining for the immediate transfer of funds between people and businesses.

Heart of the Technology

There are two dominant characteristics that stand behind the Litecoin. This issue is complex, so I will try to simplify the explanations and speak in a relatively general way to facilitate understanding. Script algorithm is the code system of the blockchain that is behind the Litecoin versus the SHA256 of the Bitcoin. For mining, it's necessary to provide a strong processing power to perform a "proof of work" process in which reactors create coins by solving a complex mathematical problem. For Bitcoin mining, there is a need for parallel processing (the number of processors working simultaneously). In Litecoin, however, the script algorithm allows a proof of work in a serial manner, thus creating additional strategies for mining.

The SegWit system is a system created to maximize the efficiency of blocks on the blockchain. Thus enabling a very fast transfer of currencies between users. I'll try to explain how SegWit works by an example: Let's say I want to transfer to John a music file (block) that weighs 1 MB. 40% of this file is music and 60% consists of the album image (transfer signature). What SegWit does is send you the music without the image and add a link to a shared website where the image is located (signature). Therefore I can send you the music in very low weight and thus the transfer becomes very fast.

LitePay Is it the future of digital currency trading? Litecoin launched the LitePay system. LitePay is a system that will be implemented by a credit card that will allow you to use the Litecoin to purchase products from any business that allows credit card clearing.

The buying process is done as follows: You are loading your credit card in Litecoin -> You see a product you want to buy -> You pay the seller with the LitePay card, and your Litecoins are converted into dollars.

One of the most significant features of the LitePay system is that its transfer fees will be only 1%, which can create real competition between it and the credit companies whose transfer fees range between 1.5-3%. LitePay is also a replacement for network payment companies such as PayPal, which suffered a severe blow after it was reported this week that ebay will not continue working with it and will look for alternative payment platforms through Adyen, which links payment platforms to trading companies and is often mentioned with the crypto industry. Is it a coincidence that the news on LitePay and ebay were released the same week?

The Litecoin shows very rapid progress and at the moment seems to be a serious competitor to Bitcoin. The technology behind it is very smart and logical. The Litecoin system aims to create a direct channel between the digital world and the commercial world. Currently, Litecoin is the most serious candidate to enter large trading companies like eBay and Amazon. If the company's statements materialize, the integration may occur quickly.

It is very important to remember that behind all the graphs, news and voices surrounding us, there is a technology that provides an improvement to the way our world operates. If everything looks black it may be because we are too close to the picture.

Wish you an amazing week:)
@KingDavidHarp

thanks to: @kingdavidharp.
For more information, click here!!!!
Send minimum 0.050 SBD|STEEM to bid for votes.

Litecoin is better than bitcoin for small transactions.