Los Angeles is a city built on a coastal plane nestled between two mountain ranges and a hilly peninsula. Below the mountain peaks are canyons, valleys, deserts, rivers, lakes and ocean beaches. And the city, actually a gigantic metropolis made up of 80 different neighborhoods, occupies every nook and cranny of this incredibly diverse topography, from the high snowy peaks of the San Gabriel Mountains to the sun-kissed sands of Venice Beach. 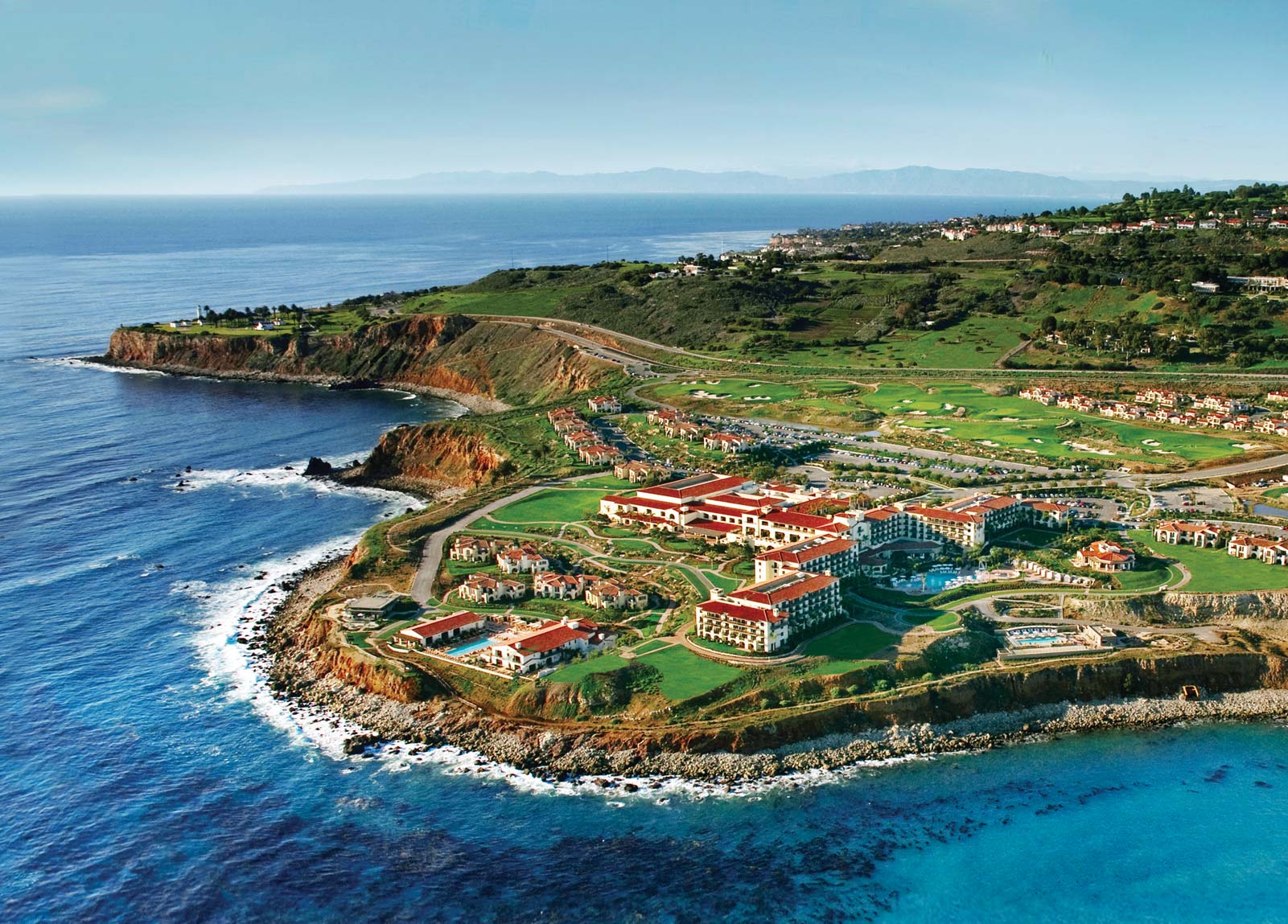 River or Storm Drain?
Lying between mountain ranges formed millions of years ago, the 503-square-mile city is in the middle of a huge sand bowl that came to be known as the L.A. Basin. Although most of it is arid land, there are actually several lakes in the L.A. area. The largest are Castaic Lake in Castaic and Pyramid Lake near Gorman. There are also several rivers. At 97 miles long, the Los Angeles River is the longest, although mostly a narrow, concrete-lined rain run-off channel. There are also coastal wetlands. The largest one remaining is Ballona Creek near Marina Del Rey, which is maintained as a nature preserve.
A Sticky Spot A truly remarkable feature in the city's geography is on Wilshire Boulevard along the so-called Miracle Mile between Hollywood and Beverly Hills. On one side of the perimeter fence is the hustle and bustle of "Tinsel Town." On the other is a lost world known as the La Brea tar pits. Marked by a pair of full-size fiberglass mastodons at the shore of Hancock Lake, this is a place where more fossilized ice-age creature remains have been discovered than nearly anywhere else in the world. While most of the L.A. basin is rich in oil deposits, here the oil bubbles out of the ground forming thick pools of tar that have existed since the Pleistocene age. The Page Museum just beyond the pits displays the skeletons of thousands of the animals and birds that were trapped in the tar.
Coming to a Peak
The Santa Monica Mountains and the San Gabriel Mountains surround the north and eastern boundaries of the city. The snow-capped peaks of the San Gabriel Mountains often contrast with the Los Angeles city skyline. These mountains range in height from under 3,000 feet to over 10,000 feet at Mt. Baldy. The Santa Monica range to the east averages under 3,000 feet in height. Rather than the pine forests that grace the highlands of the San Gabriel Mountains, the Santa Monica Mountains feature coastal sage scrub, chaparral and oak woodlands. The 1,600-foot-tall peak of Mt. Hollywood in the Hollywood hills at the base of the Santa Monica Mountains is home to the Griffith Observatory. It also faces Mt. Lee, host to the world-famous Hollywood sign.
From Sea to Shining Beach
The geographical features typifying Los Angeles more than anything else are the beaches lining the Santa Monica Bay which forms L.A.'s western boundary. Some of these beaches are wide and sandy. Some abut cliffs or palisades. Some feature rolling dunes of sand. Others are simply piles of small rocks. Many, like Topanga, Pacific Palisades, Playa Del Rey, Venice and Cabrillo beaches are actually part of the City of Los Angeles. While most are managed by state or county authorities, all are accessible to the public thanks to the California Coastal Act, and some offer special features like the concrete Marvin Braude bicycle path -- named for the L.A. city councilman who helped build it -- that snakes through the sand from Pacific Palisades to the Palos Verdes Peninsula.
Reading Palms
L.A.'s palm trees aren't actually native to the area.
Despite the fact that L.A. is symbolized by palm trees, which grow naturally in tropical climates, Los Angeles’ palm trees aren’t indigenous. They were imported from South America in the 1920s. But even though they are immigrants, it would be hard to imagine places like Hollywood and Beverly Hills without these singular tree-lined streets. Fortunately, a wide variety of palm trees stand everywhere in L.A. from the inner city to the beaches, adding to the overall immediately identifiable geography of the area. 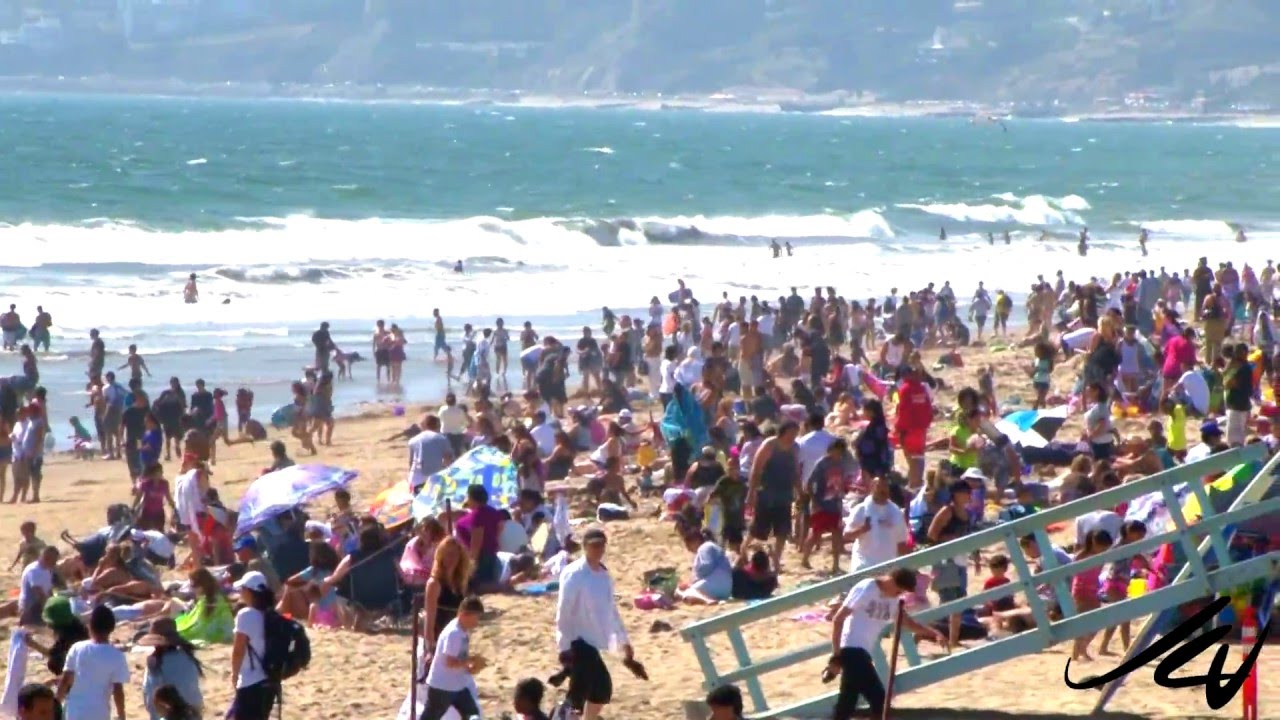