A Phoenix bird and a Rukh bird: a love between two mythologies

michell1512 (33)in #love • 4 years ago (edited)
Everyone will wonder Who was Folnix? What kind of bird was it? It was a very particular bird, at the time, nobody had seen such a majestic, beautiful figure. It was red, but not a common red, it was a red color, intense but bright at the same time, of those colors that just by seeing them illuminate your soul. Simultaneously its plumage had golden flashes. A combination without equal. When the sun's rays made contact with Folnix, without a doubt, it was the most beautiful creature on the face of the earth. Who could say the opposite? 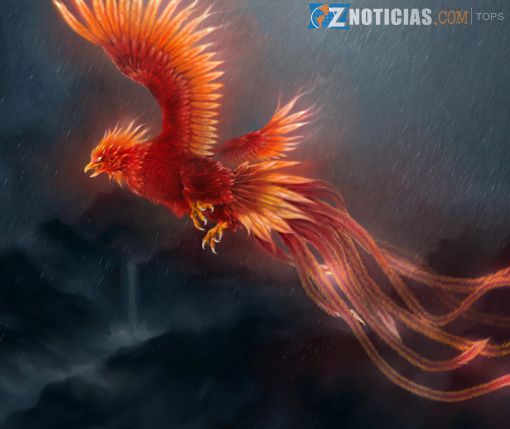 On the other side of the mountain range was Rutkit, the largest bird of prey in the area, responsible for maintaining and protecting all the members of his flock. He was the leader, not because he was the father of the smallest generations, just because he was the oldest child since his father died. Rutkit directed his large family group, took care of everything, including the beasts that wanted to take them as prey. Rutkit, had a capacity of delivery without equal to his family. Fuente
How can two different beings meet and join each other on the road? Life is so uncertain, so different, so fun. Nothing is written. Everything is possible. For those who know mythology and for those who do not, Folnix belonged to the Fenix lineage. Rutkit on the other hand belonged to the Rukh birds of the Persians. Folnix was a lover of life, dreamer, happy with her splendid singing, with her beauty without equal, with the purity of her soul, always with her desire to help. With that infinite love, with that ability to give without expecting anything in return. Folnix was a worthy example of what each living being should be, so that the world would be a better place.
Folnix day by day dreamed of finding a love, true love, that made her dream, from the first moment their souls crossed. I believed in something called, love at first sight.
However, what is this story about? For the flock of the Rukh birds, things got worse when Rutkit suddenly became ill. One day his wings did not have the strength to fly long distances. He thought it was weariness, since he worked tirelessly, but everything went from bad to worse when he saw that even when resting, the forces did not come back. Fearing that eventually his heart would stop beating, all the Rukh birds began to perform the song of the lament, to invoke from the highest part of the sky, a response from the creator of nature. This in turn decided to send his best work, Folnix to solve the situation. Folnix, listening to the call of his almighty, decided to go to the site of the origin of that painful song. Upon arriving at the scene, Rutkit's mother told Folnix: Ave Fenix, sent from the Lord, do you know what love is? Love has many forms of expression, love I see every day as I observe each of my children, I felt love towards my partner to accompany me to form my entire family; the pain of seeing him leave I had to transform him into more love to continue with those who remained with me. I see love in Rutkit, who gives everything on a daily basis to take our family forward. Love is intangible, but in turn, love can do everything, everything heals, everything achieves it. For all you want, save Rutkit, the product of my great love for his father, my great love as a mother. Folnix, who was a very sensitive bird, approached Rutkit feeling, touching him, to know him for all his life. Can two souls who do not know themselves experience such a connection? Without a doubt if you can, Folnix was feeling it. When he touched his wings, he felt an immense pain. Seeing his body helpless, he felt an anguish to return the flight. Without realizing Folnix, she shed a tear, a blessed tear that fell on the wings of Rutkit. The singing of the Rukh birds continued for a time which made the phoenix crying more sensitive. To everyone's surprise, Rutkit opened his eyes, in a world without pain, without disease, with nothing bad to regret. And it is that before the tears of a phoenix, there is no disease worth. The healing power of his tears is something that in life, nothing could equal. Rutkit, looked at Folnix, we would all think that as a sign of gratitude, however, he experienced what our phoenix was experiencing for some time now, that strange connection of knowing each other even when it was the first time they saw each other. What they call love at first sight.
#story #steem #fiction #steemshorts
4 years ago in #love by michell1512 (33)
$0.00
1 vote
Reply 0