Child marriage is also a big problem in America 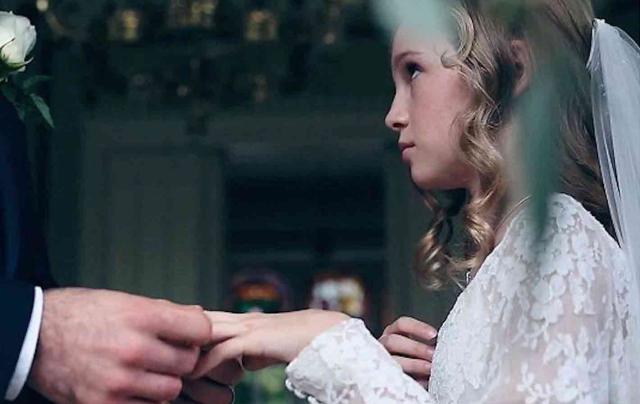 Almost every US state recommends not marrying less than 18 years of age. Photo: UNICEF

Jada 12 years old They came to visit their ancestral house by their father. Going somewhere away from the first house. The street stairs were walking with father. The father said, 'You are on my right side.' I do not know, keeping it right, means that this girl is the bride of marriage. Dad tried to marry her to a local young man.

This incident is very familiar to us. There is a look around. If you can protest courageously, you can be saved. Those who can not, they have to adapt. But the above incident is not of Bangladesh. Superpower Statistics on an organization working with women say thousands of US women and children are forced to marry each year. Most of these are immigrant US citizens.

Dellisdottom's report says, when Jada realized that, he sent a message, in New Jersey, to the satbb Mecca. Thought, maybe the US Embassy could make it difficult for him. I do not know, when a US citizen is in the country of Vine, he has to comply with local law. There is nothing in the United States to do.

Desperately, Mecca contacted a Tehran District Counselor with a human trafficking hotline. The councilor, Case Suwmman, told PBS NewsHawar that he was brought back to Triad for three months. To do this, earn money by trying hard to earn his sister and aunt. Jada is now her school star. At the end of the school, he dreamed of studying in the University of California.

Tahirah Justice Center has so far supported the efforts of 400 children and women who want to flee from forced marriage. The organization works solely on forced marriage in the United States.

early marriage or child marriage is the big problem in our country or other stat.. Its hamper girls mantalety and destroy their ambition.

yes right comment. Child marriage will be stopped, women will be able to continue, then the country can be improved. Otherwise it can not be done.

you are most welcome and add any more topic

Thank you very much for giving thanks

Actually child marriage is a criminal act for every country

yes right., To stop our child marriage, we must build resistance

Congratulations @qatan.khan! You have completed some achievement on Steemit and have been rewarded with new badge(s) :