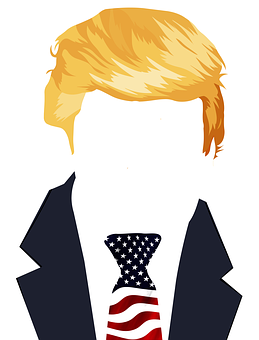 This is a continuation of the very questionable actions and statements of former FBI Director James B. Comey.

As stated in the Feb. 3, 2018, Exoneratist’s post, “Questionable Actions by Governmental Officials,” James Comey, as FBI Director, signed applications made to the FISA Court to obtain warrants of surveillance on Carter Page, and Comey knew the basis for these applications was salacious, false and politically originated. Comey, as Director of the FBI, received the FISA court order allowing the warrant against Carter Page on Oct. 21, 2016.

James B. Comey, Director of the FBI, was fired by the President of the United States on May 8, 2017. His firing was the conclusion by the Justice Department officials that he mishandled the probe of Hillary Clinton’s emails.

Is it any wonder that the American Public has lost trust in the FBI, and that they are questioning the integrity of all government offices and officials?

And now, for reasons known only to himself, James B. Comey has released a few of his FBI classified emails. These emails contain Comey’s notes of his meetings and discussions with Donald J. Trump.

After his discussion with Donald Trump on January 7, 2017, it appears Comey caught the Alzheimer’s Surety Ship and, within five (5) minutes after the meeting, placed all items discussed (as he remembered them) in his FBI classified emails. He then sent these emails to other FBI officials, Andrew G. McCabe, James A. Baker, and James E. Rybicki. Why was it so important to him to immortalize his remembrance of this talk with Donald J. Trump?

Could it be that he realized, himself, how completely false and illegal his actions and statements have been during his tenure as Director of the FBI? Could it be that he wanted to convince Trump, at some time in the future, that he was after all a truthful and conscientious person? Or could it be that Comey was trying to convince himself that he was not a leaker. Unfortunately for Comey, the Exoneratist believes that FBI emails are all classified simply by being FBI emails, as well as being sent to other FBI officials. Comey’s emails were not personal, and therefore Comey has not met any of the high standards of handling classified information, and his release of these emails is yet another example of his careless and questionable statements and actions.

NOTE: The following is a rephrased summation of one item mentioned in Comey’s email:

Comey stated that James R. Clapper, Jr., Director of National Intelligence, wanted him to mention something to the President Elect. Trump wanted to meet alone with Comey to hear this info from Clapper. So the others left. The PE wanted Comey to stay on and Comey said he would. Comey said he didn’t want the PE caught cold by details that were in Russian tapes – involving PE and Prostitutes. Trump denied any involvement with prostitutes. PE said many women were accusing him and Comey said PE was not being investigated for any other women’s accusations. They left on a very good note.

Even after the release of his memos, Comey continues to feel the guilt of his statements, his actions and his leaks, and perhaps will eventually pay the legal consequences of demoralizing and letting down his office. Many people had thought that the release of the Comey memos would be the final blow to Trump’s presidency. Instead these memos exonerate Donald J. Trump as in Comey’s own words, “Trump is not being investigated by the FBI.”