Coffee with Lynette Zang and Greg Mannarino On The Markets, Crypto, Meltdowns, MORE!

Everything you need to beat the stock market in one place FREE. Click HERE: https://www.traderschoice.net/
Number ONE Trading Tip: You beat the Stock Market by watching THE BOND MARKET. Click here: https://www.traderschoice.net/
*This is an animal shelter which I personally support financially with monthly donations. Please adopt homeless pets. https://animalfoundation.com/

Congratulations, your post received one of the top 10 most powerful upvotes in the last 12 hours. You received an upvote from @thejohalfiles valued at 134.40 SBD, based on the pending payout at the time the data was extracted.

Lynette and Greg are one hell of a tag-team!

Congratulations @marketreport, this post is the third most rewarded post (based on pending payouts) in the last 12 hours written by a Hero account holder (accounts that hold between 10 and 100 Mega Vests). The total number of posts by Hero account holders during this period was 346 and the total pending payments to posts in this category was $5537.46. To see the full list of highest paid posts across all accounts categories, click here.

Interesting interview, unfortunately I'm inclined to agree with most of what was said.

One thing though, you both mentioned the NSA whitepaper on crypto currency saying it described bitcoin. I just read that paper, it does not describe bitcoin. On the surface it may seem like it but it only describes one part of the bitcoin protocol (the digitally signed token) and points out limitations, the real innovation in bitcoin is its solutions to those limitations.

I realise the solutions to those problems are not perfect, in Bitcoin itself at least, but the back is broken on the problems.

If course that doesn't mean "they" did not create it.

If you are interested in understanding the difference between bitcoin and what is described in that paper and perhaps a hint to what Fed coin or USD coin might look like, Andreas Antonopoulos touches on many of those things in the video below.

Thank You, Lynette and Gregory. Resteemed and Upvoted as always.

Great interview man, you nailed it! ;)

upvoted and resteeemed. thanks for sharing

Thanks for sharing ..upvoted + resteemed

Now, the explosion of cryptocurrencies started, the meltdown is occurring at the same time and proportionally too... How's that for timing?!? Great job, as always, thanks for sharing and namaste :)

Everything's unfolding way faster than I expected. It's crazy!

Coffee with Lynette Zang and Greg Mannarino On The Markets, Crypto, Meltdowns, MORE! check it out at… twitter.com/i/web/status/9…

Awesome! RESTEEMING Brother Greg! I was going to tell you to surprise her by showing up to the interview with a box of Zingers and diving into them mid-sentence! That would have been pretty freaking funny Good Sir! 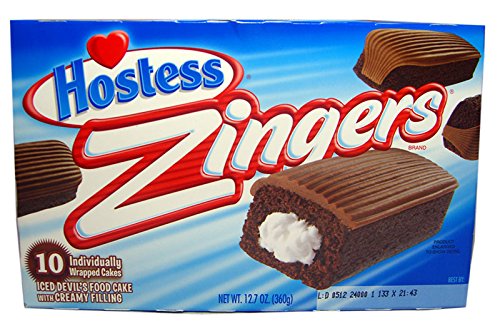 Resteemed my friend! Thanks Greg.

Congratulations @marketreport! You have completed some achievement on Steemit and have been rewarded with new badge(s) :

Resteemed and upvoted! Great one!

very nice video.I am giving you a vote and resteem your post.

Up voted and esteemed
Thanks for [email protected]

upvote and @resteemed done,
thanks for sharing good videos.

Booyah all day today posting! Love it, thank you Boo. That means friend 🤣🙌🏽

such a great interview.

Very nice post bro.thanks for sharing your post.resteem it sir

Upvoted and re-steemed. Thank you Greg for the great content.

I am so happy I been listening to Greg for years, thx for the help with the wealth transfer, my friends and family really appreciate it.

thanks for the video sir....

Greg, now that was a good talk and we did upvote and resteem for all to see

Fantastic videos Thanks for sharing @marketreport

nice to see her and talking on market analysis @greg

Hailed as one of the most topsy-turvy days in the history of the cryptocurrency, the price of bitcoin plunged more than $1,000 in the span of about 10 minutes on November 29, hours after the cryptocurrency hit a new all-time high above $11,000. In the aftermath sell orders began piling up amid a surge in traffic resulting in intermittent outages at a number of bitcoin exchanges.

crypto/bitcoin is a great way.the earliest way to get rich and not just make money with crypto is to buy BTC and hold for year or two.

now i watch this video dear. i like it video. now resteemed done @marketreport

I am always wait for your post.and resteem done. @marketreport

Such a wonderful post. we can learn a lot. Thanks @marketreport.

No, i'm sorry, but i'm not just an conspiracy theorist, you're just remarkably uninformed.

nice video, thanks for sharing this video, i witch this video.

Great content. Thank you for sharing. Please keep it up. I already upvote.

This was such a great interview. You two are awesome.

I just wonder what that asshole Andy Hoffman is doing , or saying now when he was just so abusive about Mrs Zang’s remarks about Bitcoin going to be tapped into by the NWO banksters ⁉️ I hope he feels like he appeared to me . An out of touch asshole ❗️

Intersting video
Thanks for sharing @marketreport

I would like you to have more debate with Lynnett. Very informative.

Great interview! I've enjoyed Greg's work for over a year and was pleased to come across Lynette Zang. Lots of great content from both.

professional interview. thanks for sharing @marketreport

early to bed , and early to rise makes a man healthy wealthy and wise!!
that is damn true..