The Rise Of Bitcoin May Be A Warning, Ignore It At Your Own Peril. By Gregory Mannarino 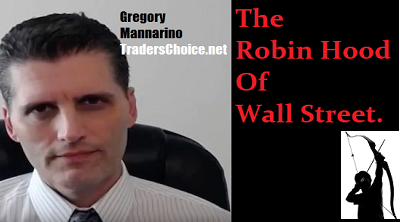 With the epic rise of Bitcoin continuing more or less unabated, even more mainstream financial "experts and bankers" are speaking out against it. At the same time these so called "experts" admit that they simply "do not understand Bitcoin."

Well clearly, I certainly do...

As most of you know who follow my work, I have nailed the rise of Bitcoin with 100% accuracy from when it hit $2,800, right through $10,000. Moreover, I have made hundreds of percent profit from Bitcoin's epic rise-and I outlined for my followers from all over the world how they should have done the same at that time. (Congratulations to those of you who listened).

6 months ago I wrote an article titled "Next Stop For Bitcoin $5,000 and Beyond." Click here: https://steemit.com/bitcoin/@marketreport/next-stop-for-bitcoin-usd5-000-and-beyond-by-gregory-mannarino

I also wrote a follow up article on Bitcoin 3 months ago titled "Bitcoin To Hit $10,000 Within One Year." Click here: https://steemit.com/bitcoin/@marketreport/bitcoin-to-hit-usd10-000-within-one-year-by-gregory-mannarino

To say the least my calls on Bitcoin have been spot on.

Here is my next 2 cents on Bitcoin, and my opinion may be worth a fortune.

In my opinion Bitcoin will continue to rise to heights which will take most completely by surprise, and I personally intend to take full advantage of it, (and so should you), but perhaps more importantly we should look a bit deeper into what is happening with Bitcoin.

Regardless of what you may think, Bitcoin, IS NOT a unit of debt. However, the US Dollar is, at it's core, a unit of debt being disbursed by a bankrupt government under the guise and rule of it's issuing central bank, (The Federal Reserve).

(FIRST). Understand, the Dollar's in which you hold DO NOT EVEN BELONG TO YOU!

The Dollars you hold are owned and owed back to the issuing central bank PLUS interest, and they set the rate.

Bitcoin in every way is diametrically opposite of what the Dollar represents.
Again, at it's core, Bitcoin is not a unit of debt which is owned and owed back to it's issuing central bank plus interest. (You, THE HOLDER, own it outright).

The rise of Bitcoin is directly reflective of the rise of "anti-debt," because it is owned by it's respective holder. Moreover, in my opinion the rise of Bitcoin will continue as central banks around the world have no choice but to inflate and issue more debt notes in the form of Dollars, Euros, etc.

In fact Bitcoin may just be THE warning of an impending meltdown of the malignant Central Bank debt based system, the writing is on the wall.

BTC to the Moon and LiteCoin to MARS...

but i think it price will fall some how i don,t know the reason but i feel like it

Emotional investment decisions usually fail to work out well. If you don't understand Bitcoin you will fear it. Learn some facts about how it works and how to manage the investment and stop letting fear decide for you.

Thank You, Gregory. Reminds me of the proverb: A bird in the hand is worth two in the bush. 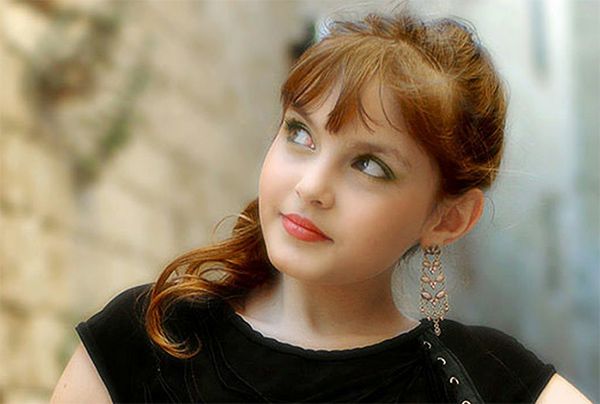 We live in interesting times ...

I love bitcoin cause now it is one of the best popular cryptocurrency in the marketplace.And all the time it's value is higher,So that when i hold only one bitcoin i feel like become a millionaire.

Thank you very much for your video, thanks you made a beautiful video

You are right bro that's day by day gone be high warning cause this price increase unbelievably. Good to see your post.

i saw more post on bit coin . what is bit coin

It's an old umbrella. Granddady of mr Steem. :)

thanks man, it's helpful.

I just visit "https://www.traderschoice.net/" this link is this your own website?

Good information thanks for sharing

Bitcoin and this new asset (crypto currency) may also help extend the life of this current monetary system as fiat money has found a new home.

Yeah i agree with your warning. Thanks for sharing.

Today you wrote a very nice blog: On today's blog I learned that Bitcoin has many problems and solutions

I can not see your video today without getting it.

Great article, like always. Now here's the truth about Bitcoin:

Excellent post, you are spot on with your observations, thanks for sharing very nice information with us, it's extremely helpful.

This post has been ranked within the top 50 most undervalued posts in the second half of Dec 03. We estimate that this post is undervalued by $22.73 as compared to a scenario in which every voter had an equal say.

See the full rankings and details in The Daily Tribune: Dec 03 - Part II. You can also read about some of our methodology, data analysis and technical details in our initial post.

I'm going to bitcoin's video from you. You make a video. About Bitcoin I do not know much about Bitcoin. I want to know through your video that you will make me a video

I just visit your website there was a some Awesome news.

You are right. Bitcoin is a game changer. Goverments and central banks will react to support their inflationary system, which left most people with worthless savings.

Bitcoin is my favourite earning site

Very nice video as usual my friend, your videos are always helpful.

What would be price of Bitcoin and Ethereum in January.

I'm loving 'The Robin Hood Of Wall Street'. I have a miniscule amount of bitcoin and it seems now out of reach for me, but even a small amount produces profit!

very thoughtful and informative post, thanks for the useful information.

I am watching your video about bitcoin bro

Right on the money again Gregory, and yet the usual suspects will go quiet until the next dip to call out its demise again.

Rip the face off the coming meltdown.
Make sure you are prepared for the coming zombie apocalypse.
You know who the zombies will be.

Why are you missing your video so much why did not you post the video?

I just visit "https://www.traderschoice.net/" this link is this your own website? please tell me.

thank you very much my dear for sharing your valuable content..

US dollar is no more than a digital currency...it’s just digits the Fed types into its computer. At least with bitcoin some work in creating a algorithm has to be done.

A supreme court judge just ordered Bitcoin exchange to release the personal information pertaining to traders of Bitcoin. This is so that the government can tax those traders. It is NOT anonymous. I believe the government will not allow this to continue. They will control it somehow. I'm not buying it.

There is one similarity between Bitcoin and the dollar and it's a really bad one actually. Both are fiat, and are 100% backed by faith. Both have the capacity to revert to no worth at all. I believe the current system's failure will include a complete loss of faith in fiat.

i always waiting for your video..

Hi Greg, I like that you point out that it is not debt based. People often ask me, "well who owns the bitcoin?" A real paradigm shift and people are starting to wake up and question, "what is money anyway?". Keep posting.

You're right Greg! I've been thinking this for a little as Bitcoin is heading to the moon. Maybe this was their temporary sponge to soak up the extra dollars floating around as money is printed, and treasuries sold.... "Look over here, not over there..."

i think that your video making absolutely awesome.

adjuctly it's well information.Thank you for you collect this information and share with steemit.

Thanks for your opinion..now it is time to think it again.

reposted thanks, i see the correlation happening . I'm wondering now how much time we have before wall st realizes they need to cover with false flag, because they are now behind the curve of bitcoin, and the biggest wealth transfer is about to happen.. GLTU GO CRYPTO'S

Agreed! Totally an instrument of preserving and multiplying ones wealth rather than watching its demise.

It will until the CME futures' arrive on Dec 18th.....that is when you see the manipulations begin. Just like gld and silver....these banksters will not allow true price discovery on bitcoin. Naked shorting will begin. They do understand it my friend, that's why they are attacking it NOW.

BTC has allot of lost coins so the total supply is probably going to be like 10-15 million coins in the end.
Thats why i belive in 3 years each bitcoin will be at 100k to 1 million!

I am wondering when it will level off. Things do not go up forever.

you alwage made a remarkble video. i am waiting to witch your next video thanks

absolutely you are best blogger..like it sir..

I'll get your video about bitcoin

You are right bro that's day by day gone be high warning cause this price increase unbelievably. Good to see your post.

I think from now at this stage we shouldn't invest bitcoin

i am totally speachless.
for your curetion

please create your next blog my dear..

Thank you Greg. As usual, your posts are of excellent quality and you have been spot-on with your predictions. Please keep up the great work @marketreport.

i always waiting for your blog..i think that your contents are very valuable..☺☺☺

You are very much right. Those who bought bitcoins when they are pennies and cashed in when they hit 8k-10k mark, made the most out of this..

Now, things will become complicated a bit since bitcoin is going to directly influence USD value.. interesting times, we live in..

It looks like you are right Greg. I guess Gold and Silver would also be exploding in price if not controlled.

so do gold and silver, we own it outright

I believe you are 100% correct. Out with the bad, in with the good (currency, that is).

thanks a lot my dear..

We gonna have all sorts of crypto currency in the future man, not just bitcoin.

The Robin Hood Of Wall Street: Stealing power from the bankers and giving it back to the people.

Any thoughts on Dash which is aiming to be the PayPal of the future instead of BTC which has abandoned what the whitepaper claimed to be ( A Peer-to-Peer Electronic Cash System:https://www.bitcoin.com/bitcoin.pdf)

My personal opinion is that Bitcoin is a bubble that's riding on first-mover advantage, brand recognition and hype. I see a great future for alt-coins (especially privacy coins and coins that can be used to buy coffee or ice-cream).