The Mundane as Art Round Ten. ICE! - contest by @kus-knee

In my previous Mundane art entry i suggested to @kus-knee that it would be most appropriate to pick ICE for the next round. Later in his new round announcement i was thrilled to see it actually happened! And it looks that i wasn't the only one expecting this theme. But than something quite unexpected happened. I realized that it's going to be damn hard to pick just one entry! I love ice especially when forming crystals so i have many photos that could fit in this contest. I decided to make a post with different ice photos and than only enter one of them in the contest. I don't know if I'll pick the same as @kus-knee would but at the end it doesn't matter. I really want to share these photos here on Steemit!

First photo and the one i will place in this rounds entry was taken couple of weeks ago on a mountain called Sinji vrh. It's amazing how the small icicles are placed horizontally. This is possible because of the strong winds blowing across the mountain top forming this piece of art on a very artistic place (check the link in Sinji vrh, to understand why). 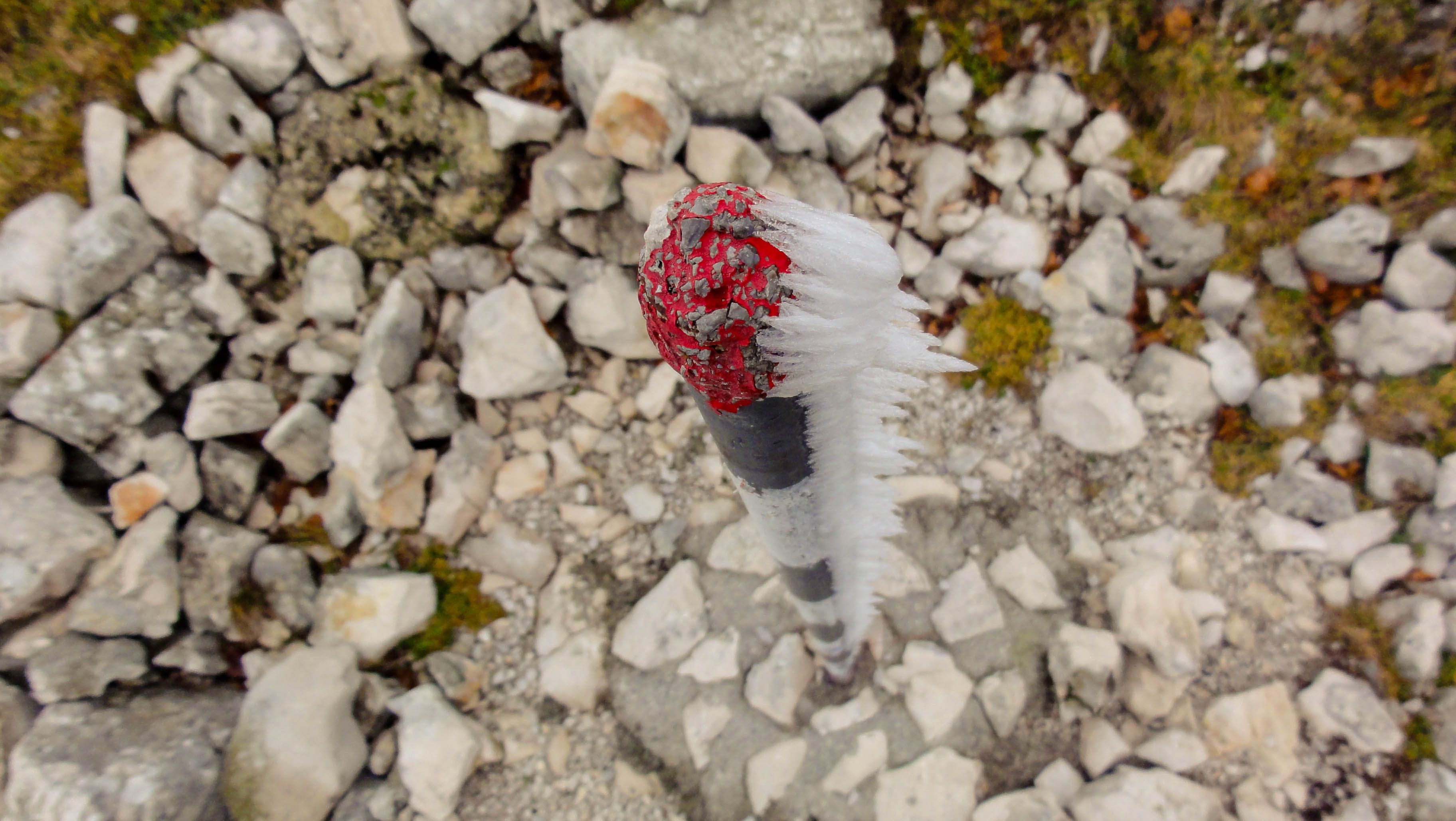 Mother nature at it's best! Another angle of the same "sculpture"

Next two photos that got into my "best of ice" pick were taken on my trip to Triglav lakes last winter. It was a very dry and cold winter perfect for hiking even high mountains. And nature took care of another spectacular creation. It was close to a lake called "lake on Planina pri jezeru" - i have no idea how to translate this fully to English (??). Anyway ... the lake is the reason that fog is really common in this area and when you combine fog with minus 10 to 15°C you get ice formation i have never seen before. The entire valley was covered with this - some kind of ice feathers (anyone knows the correct term?) 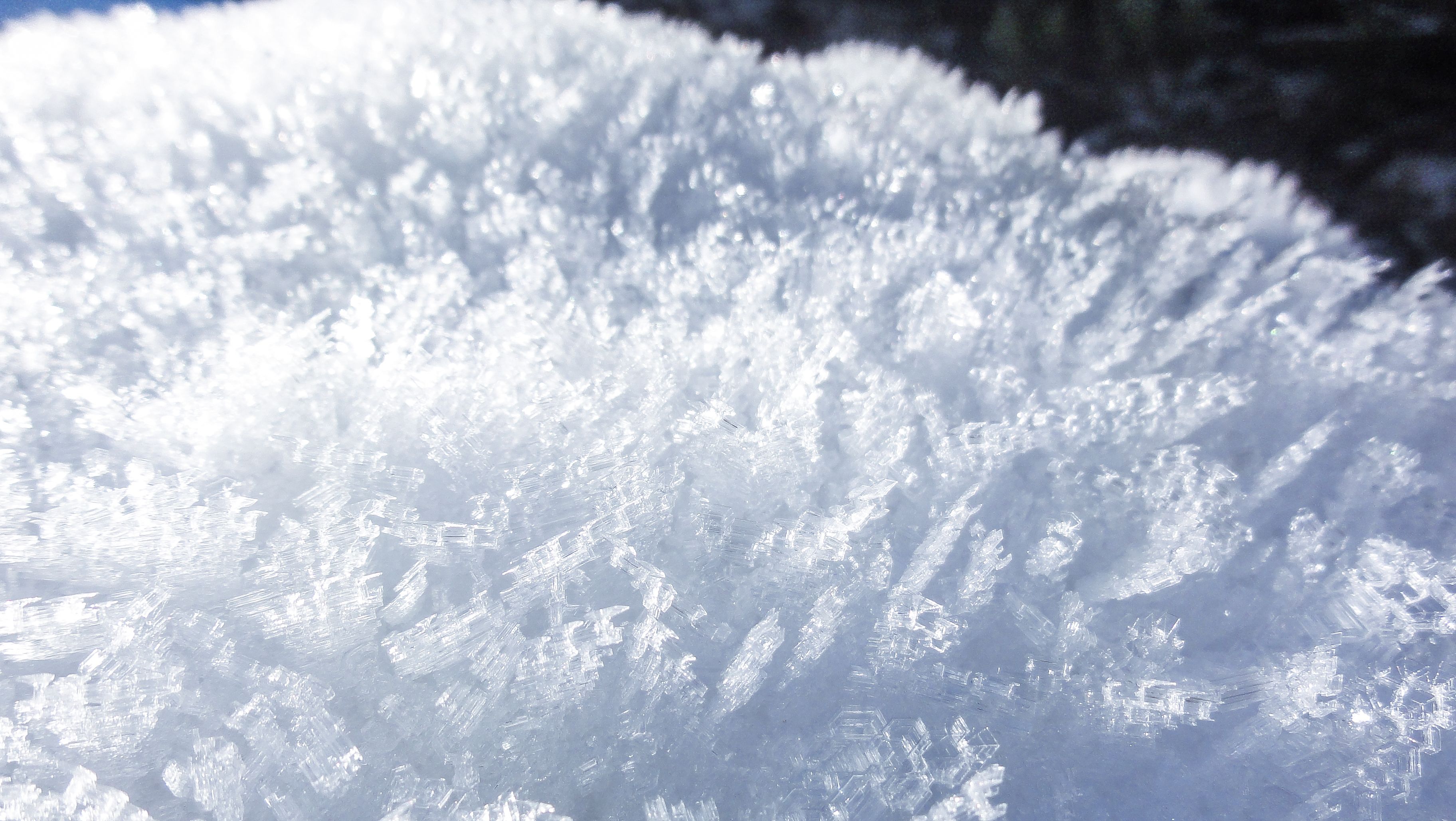 But that wasn't the only cool view of the day. Later when we reached the lakes, we got to see the entire lake covered with thick layer of ice. And on the edges the ice was broken probably because of the expansion. This ice would come handy in a cocktail bar?! =)

The last photo is a bit different and taken on my hike to a mountain called Mrzlica (the name itself would translate into Chills (the one you get when you have fever). A perfect name for this last photo! :) 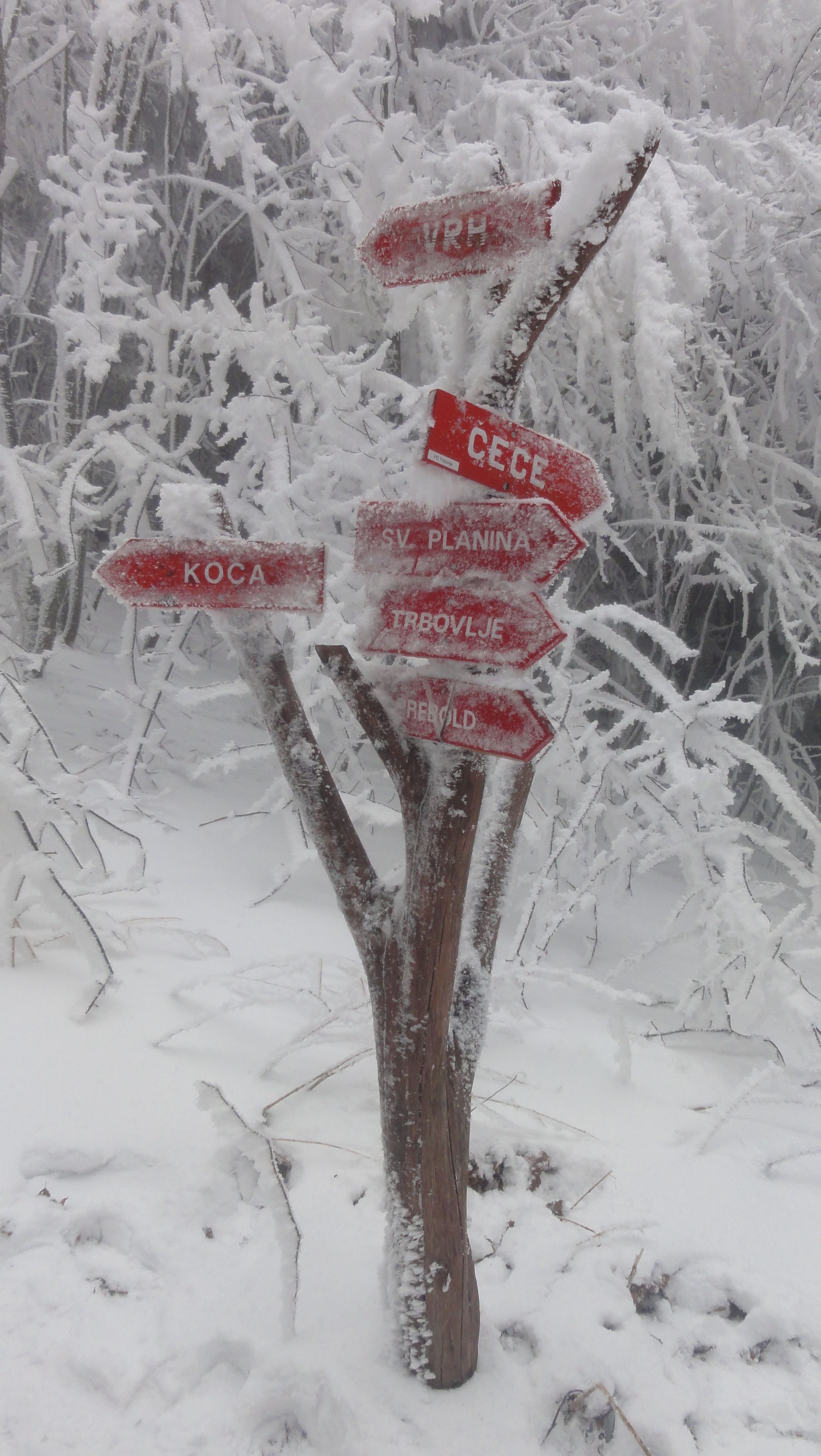 Ice is something that I seldom see in my area of the world, the only ice photos I can get now would be ones from a walk in freezer. Thanks for sharing and reminding me what ice and freezing looks like. Yes I can see your dilemma. Each of these is a winner in my opinion. I personally love the last one if I were to pick one to hang on my wall. It matches my decor and style.

Thank you! It really was a tough call.

Ice is great for photos. nice work there man! But anyway here I am at 30 plus with my beer reading this :)

Phaaaa!! 30!? We're just getting a new round of snowing at the moment in Ljubljana.

Yeah the moment I saw it i started pulling my camera out of the pocket :D

It's just woow :D took me a couple of minutes before I scrolled threw it lol. Nature at its best.

Thank you Olga! :) You have a great entry as well for mundane art. The ice looks like it's a hand made glass crystal!

It looks like perfect weather for trekking :D I love the picture with the ice (: good job taking those :)

At least I can't complain about the heat :D
Thank's for stopping by Eva.

Yeah and you don't have to clean it! :D

Sick shots! Also, a pleasure to meet you! :)

Thank you and the same!

Yeah especially amazing in the mountains.