This light-weight cross-country vehicle was designed in 1941 by Prof. Porsche under pressure.

It was the most built and most road worthy passenger car of the German army. Its undemanding nature and reliability under all weather conditions, in the African sands and on Soviet mud tracks, was legendary. In the army it was called "bucket seat car" or in brief "bucket". Based in the Volkswagen model, it had a reinforced chassis and the body was converted into military requirements, the transmission got a locking differential and a reduced total gear ratio. 50.000 vehicles have been delivered to the army. 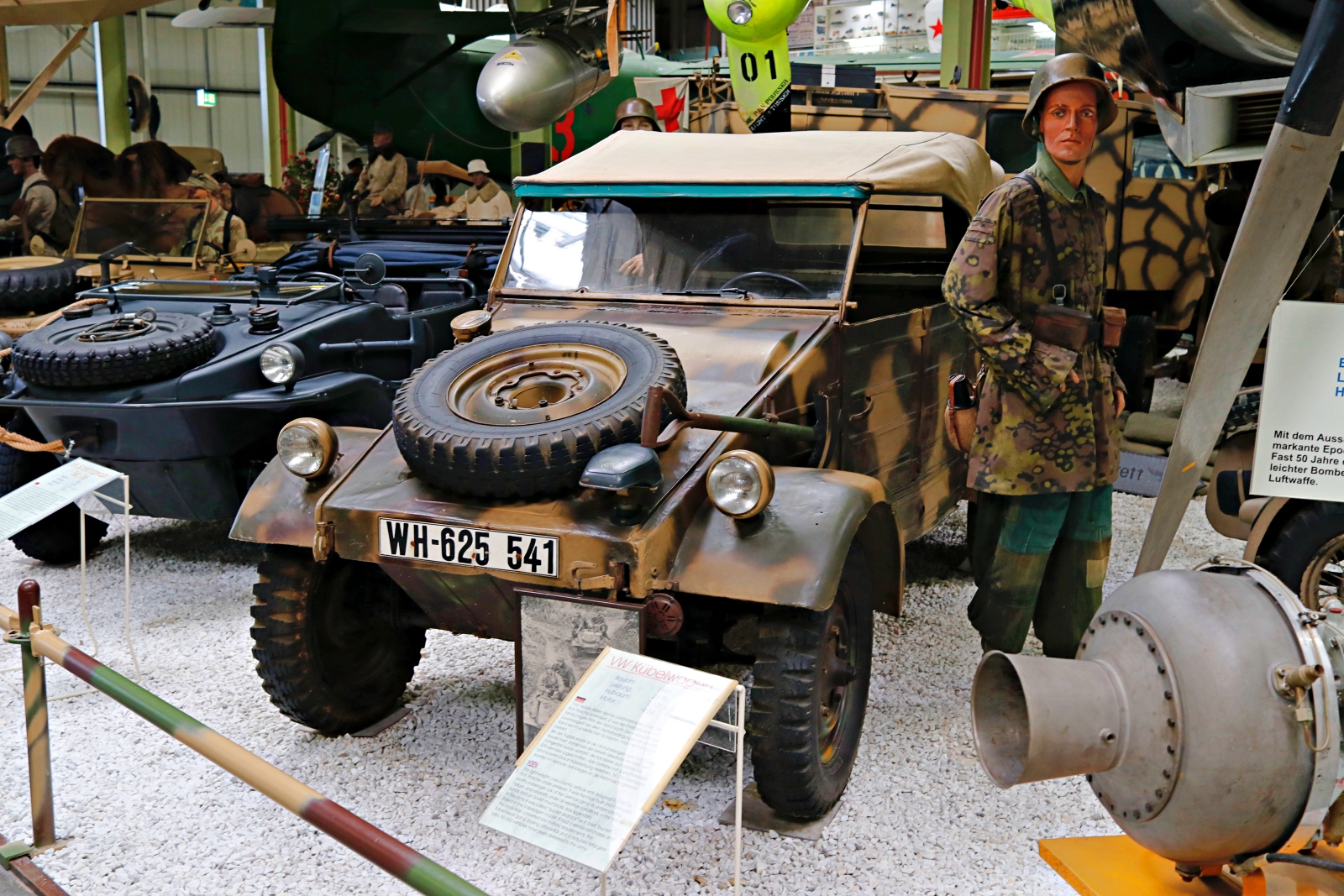 This is the first VW test vehicle that had no doors and therefore fitted with bucket seats to prevent passengers from falling out.

VW Kübelwagen best light car was prefer for US Army infantery officers, very economic low rate of gasoline and no use water for cooling engine, perfect for desert zone. Interesting model of XX Century and technology advance for WWII,

The VW manufacturers are amazing. Prof Porsche was able to make the perfect military car. sand and mud roads will not have barrier-free obstacles. I was amazed by his homemade military car.indeed your blog @alexko-steemit about museums and technology is very interesting and fun I like to be friends with you. if master @alexko-steemit there is time to stop by my blog @kurza233 thank you.

You got a 11.72% upvote from @postpromoter courtesy of @alexko-steemit!

Thanks for that great information I relay didn't know about it

Here are your recent posts:

Brought to you by Recent posts widget by @techstack

wonderful museum. your car art is beautiful. thanks for @alexko-steemit