From the booth to the blockchain

My experience of the electronic music industry, what needs to change and what has led me to my latest venture.

The music industry has been good to me.

It has allowed me to express myself, live a flexible lifestyle and meet great people for over ten years. It hasn’t been an easy road, nor should it be. But without the support of my family, friends and key industry figures it would have been an impossible path to walk.

Passion, action and blind faith are what got me started. Most of my education came from mentors and close friends. I read textbooks, magazine tutorial articles… the rest was trial, error, and self-discovery. I didn’t have the luxury of youtube tutorials and online courses that are available in abundance today.

I entered the dance music scene when technology was shifting. I started djing vinyl and moved over to the Serato scratch system. In fact, I skipped playing CD’s all together. It was around this time Beatport and Soundcloud appeared, which are online mp3 stores and publishing platforms. Also, the landscape of music production was evolving and was an absolute game changer for the whole dance music space.

Software instruments and audio tools were making leaps and bounds in quality and performance. It was now even more accessible to make professional sounding tracks on your personal computer. This gave birth to a whole new generation of audio creatives.

The early Beatport / Soundcloud days gave the spotlight to artists like Deadmau5, Avicii, Skrillex and countless others. Digital downloads killed the need for back-breaking record bags and awkwardly large cases full of scratched CD’s. Most importantly you could now export a brand new club weapon, transfer it over to a USB and test it out in the club with ease. It gave me a wave of inspiration to create and freedom to perform. 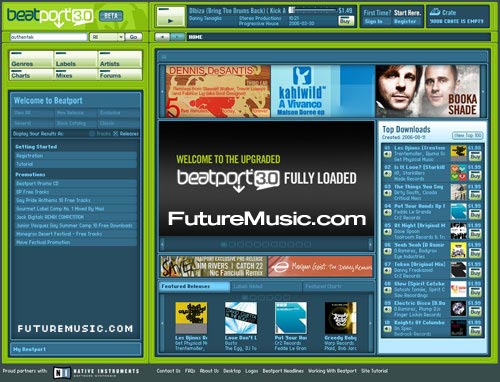 Loads of positive changes had been introduced, but it also came with downfalls. In the early Beatport days, you could make decent money off the release with a “pay per download” system. That stopped pretty quickly. MP3 files were easily accessed, distributed and made available illegally on the internet. As we all know this impacted the music industry on the whole and it took a massive hit.

Artists & record labels were faced with severe challenges and touring seemed to hold the only answer. 360 recording deals were a solution offered to emerging artists by labels to sustain themselves. For those who don’t know, this is when a label takes a cut of all traditional components of your business. Recording royalties, management and touring income. Artists were forced to hit the road to relentlessly work which had an impact on musical productivity, creativity, and mental health.

During these tough times, many talented and passionate artists just couldn’t survive. Some moved into different areas of the industry, some dropped out and some made their production services available to other DJ’s trying anything to survive making a living from their passion.

On a personal level, the industry has been supportive of me. Although at times like many others I’ve had struggles and successes releasing on quality music labels, landing major TV and Film placements and consistently getting booked at the right nightclubs. A combination of moves eventually leads me to a successful career in music for me. Although now… I’m much happier sitting behinds the scenes having the freedom to learn, explore new interests and ideas.

I’m acutely aware this isn’t the case for everyone. It’s no secret that the industry is super clicky and can feel impossible to break into. Not to mention how different fast genres go from hot to cold making it easy for artists to compromise their integrity, vision to stay working and relevant. So many talented artists and producers are left feeling helpless wondering what it will take to get a breakthrough or sustain their career.

If I can give any words of encouragement, I would say run blindly at your heart’s desires. Persistence, relationships, and community will be critical fundamentals to success.

One thing for sure is the electronic music industry continues to evolve and technology continues to drive it forward in all areas which leads me to my next topic.

In comparison to the early bitcoin “OG” adopters, without a doubt, I’d be given noob status. I’ve only been in the space for roughly a year keeping it brief I’ll explain how this happened.

I was going through some pretty significant changes in my life and was invited out to lunch with a long time friend of mine Sean Gardner. During the catch up we chatted about a bunch of topics but the conversation quickly changed direction. Sean excitedly explained to me the basics of cryptocurrencies and left me with a few links. A Joe Rogan interview with Andreas Antonopoulos, a link to coinmarketcap.com and Australian exchange called BTC markets.

After doing further research again, I jumped into the deep end back through trial, error, and blind faith. I figured out the basics of exchanges, trading and I lost a fair bit of cash in the process.

Initially, I was financially excited by the trading aspects of crypto ignoring its real value. Stories of early adopters making crazy gains weren’t easy to overlook. My understanding evolved and I started looking closer into the technology. Blockchain, smart contracts, and tokenized economies how did it all work? It wasn’t until then when I began to see all the potential, new ideas and opportunities.

I joined a few private crypto chat channels. One of the first things I noticed was the sense of community. Everyone seemed open and super willing to help each other and that blew my mind. I hadn’t felt that vibe since the early days of my music career!

Sean and I were talking day to day crypto and eventually, the conversations were lead to a brilliant new idea that he’d be stewing on for a while. It wasn’t until now that this idea could evolve and come to life with what blockchain tech had to offer.

He explained his vision on building both a platform and application on a blockchain. The idea was to create a community of audio creators that could effortlessly collaborate and monetize their entire workflow using smart contracts allowing them to connect with listeners and fans in ways never before possible.

Sean’s love and passion for music matched mine and we’d previously talked about some of the frustrations I’d experienced as well as others and we realized that this idea of his solved a bunch of them. The great thing was is that it evolved the entire industry rather than disrupting it. An ecosystem where creators, listeners, distributors, and label all played a valuable role and aligned all their interests. 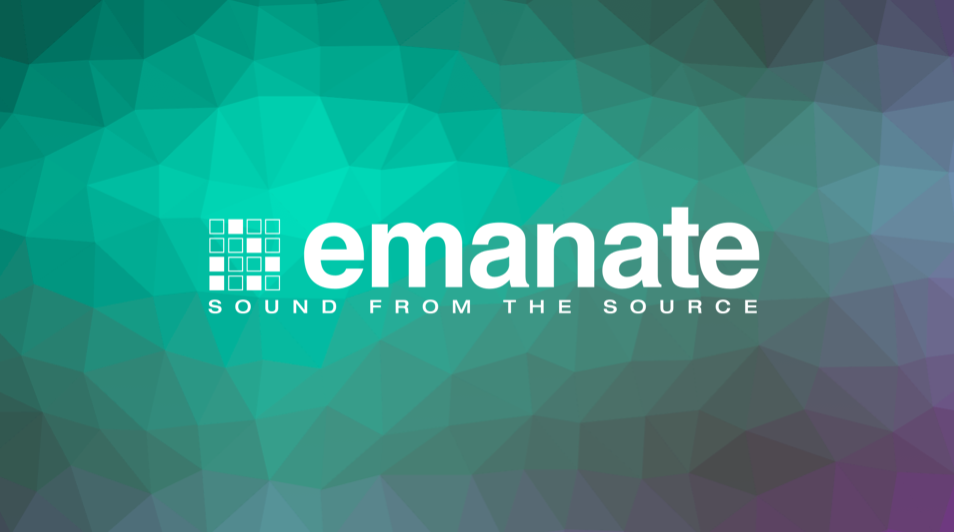 While researching and looking into other music projects, we came across Dsound.audio the work of Pedro Colaço. I was blown away. He’d already worked for three weeks solo on basically no sleep and created what we knew as the ONLY live and working proof of concept for music monetization on the blockchain.

Using Dan Larimar’s “Steem blockchain” Pedro built a platform similar to Soundcloud which allows users to upload their sounds and get rewarded over a seven day period delegated by community votes. Game changer… I quickly got in touch with Pedro and had a lengthy discussion about our passions. We passed around pictures of our studios and got to know each other. I explained to Pedro how Sean’s idea was very similar and asked if it was possible to introduce the two of them so they could have a conversation and he agreed.

I linked Pedro up with Sean and they got chatting about their visions and values, and it was pretty clear that they all aligned. With much excitement, Emanate was born!!!! The rest of the team has organically grown, and we are well on the way to making this vision a reality.

If you’re a DJ, musician, listener, artist or an audio creator I genuinely hope Emanate can help make a difference for you. We want to encourage all of you to follow your dreams. We’ll provide a supportive community, give you access to an abundance of creative tools and of course the ability to collaborate allowing you to push the limits all while getting paid effortlessly for your intellectual property!

It’s a funny and bizarre moment when I look back and see all the successes and pains and how they have contributed to being a perfect recipe for “Emanate.”

We are doing this to transform the lives of music makers. To evolve the industry not disrupt it. Please take the time to see how it could affect you by understanding all aspects of Emanate!

Join the Emanate ICO discussion on our telegram https://t.me/emanateofficial

Hi. I am a bot that looks for newbies who write good content!
Your post passed all of my tests. I also write bots and other code for crypto....

Interesting project. Thanks for sharing.

Congratulations @emanate! You have received a personal award!