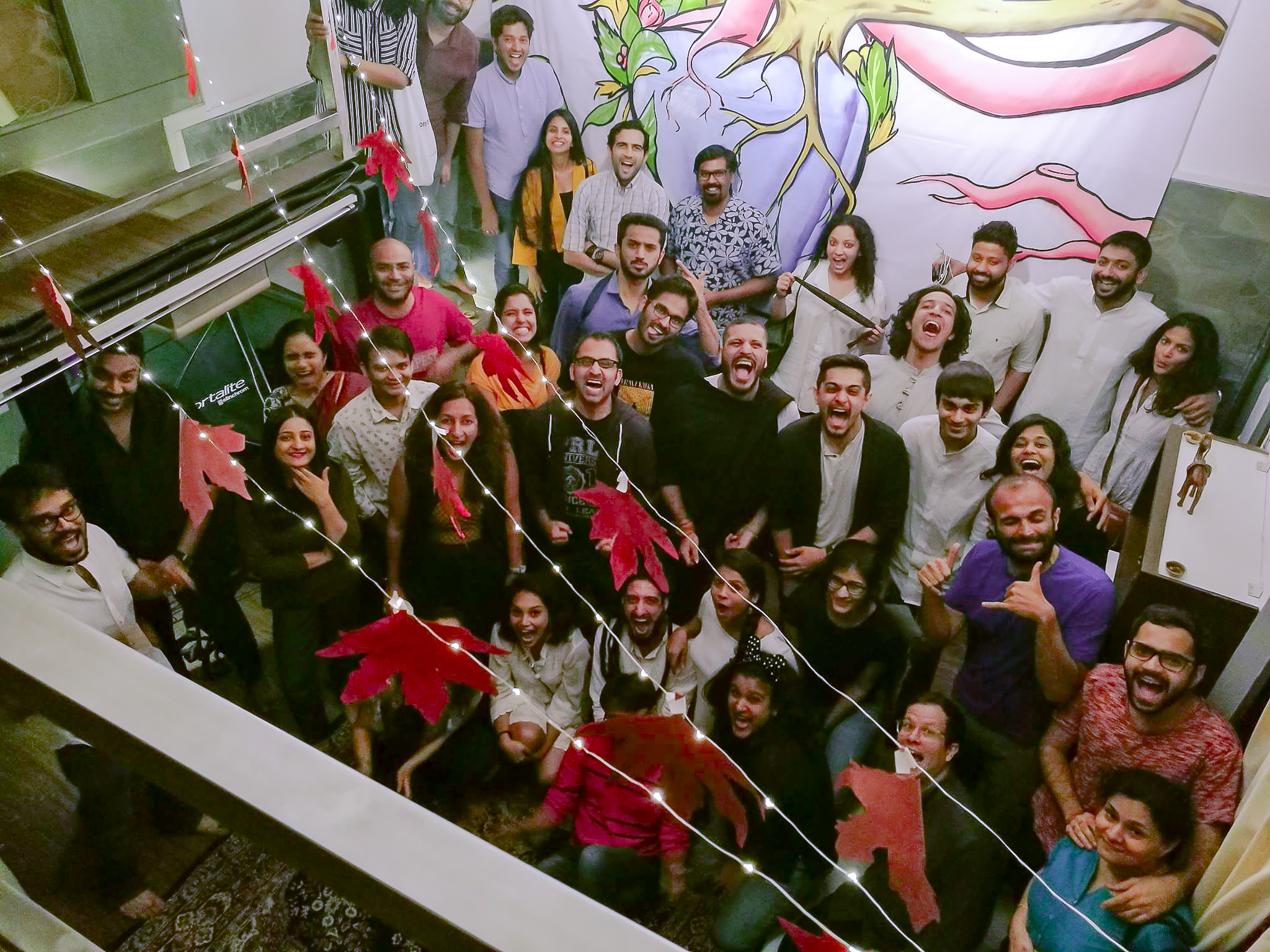 Value is created by scarcity,
And memorable experiences are the ultimate scarcity

There are very few moments which take you back and remind you of the reason you actually started playing music. The urge to use a piece of you, your emotions as raw materials, to craft masterpieces which would inspire others and give them a reason to laugh, cry, feel and connect.

I had the privilege to play such a gig last month.
We played to a small intimate crowd of around 40 people at the co-working space in Mumbai called Helm of Eight.

There were no microphones to hide behind,
no stage to distinguish yourself from your audience,
no amplification of the PA to make you sound larger than life,
no reverbs to cover your mistakes.

A bare and naked performance.

I was nervous before the show and actually wrote an article here on steemit just before going on stage!

Before the show, we switched off almost all the lights, gave the audience black ribbons and asked them to blindfold themselves!!
Then we began the show where vocalist Mohammad Muneem whispered poetry into people's ears, shouted on top of his voice and just completely felt and expressed the poetry which I supported with just choice notes on the piano to give the right feel!
It was a piece about celebrating darkness and death! 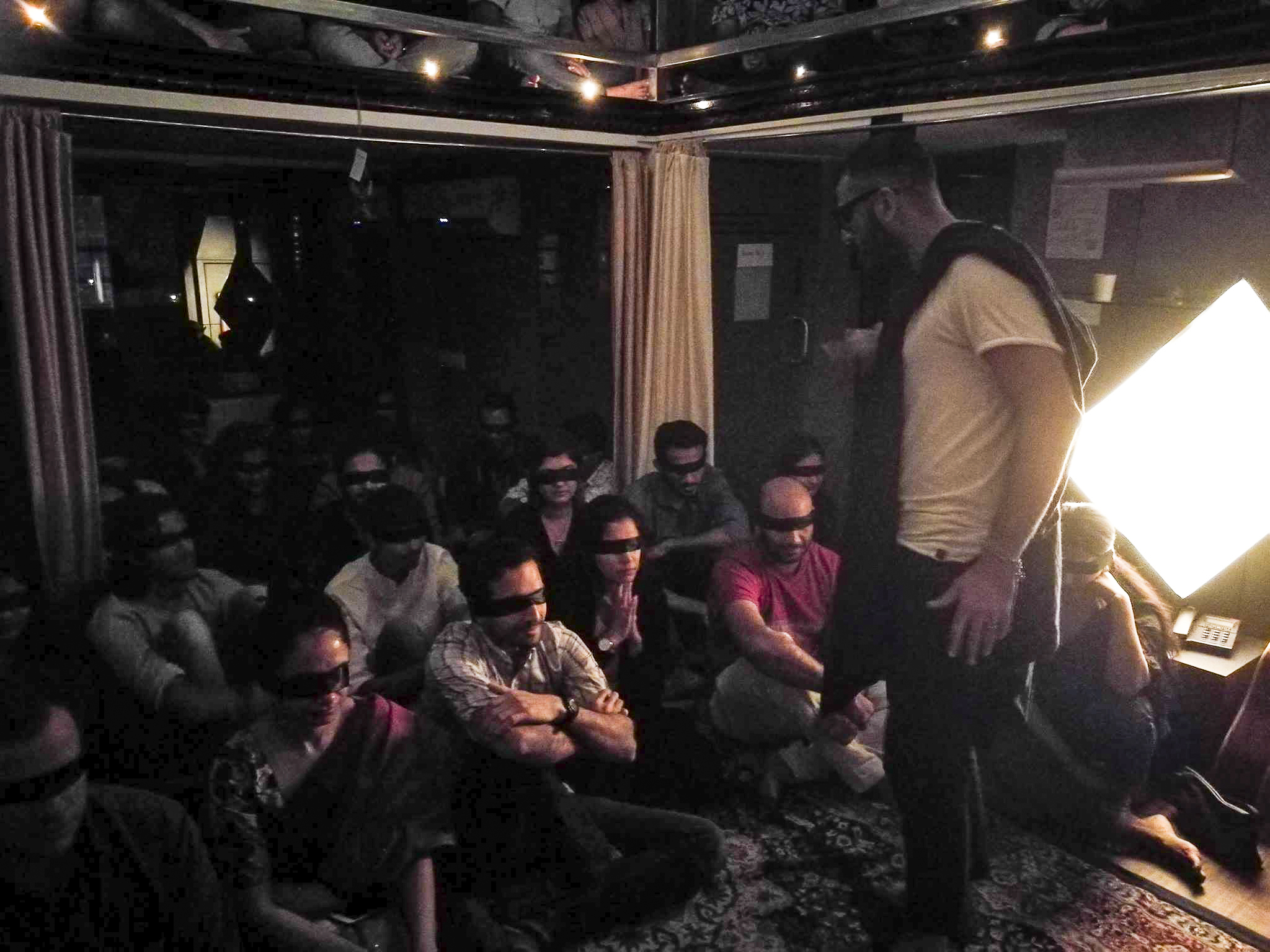 I can only imagine what the audience must have experienced with their visual sense shutoff only to rely on the sound and feel. When we finished the piece, we got a few seconds of silence and then a loud applause!

What followed was 2 and a half hours of pure emotions!
We played 20 of our original compositions, stuff which was new and stuff which we had never played before for an audience.
Most of the songs we played were dark or filled with intense poetry.
We do not get to perform these pieces often and they require a listening audience: people who actually care about the poetry and music, understand it and are there for an experience rather than just to have a good time.

We had heartfelt chats with the audience in between songs where they asked us questions about the songs, about our experiences, about our friendship and life in general.
We poured our hearts out (and we had a fitting backdrop to go along with the performance)! 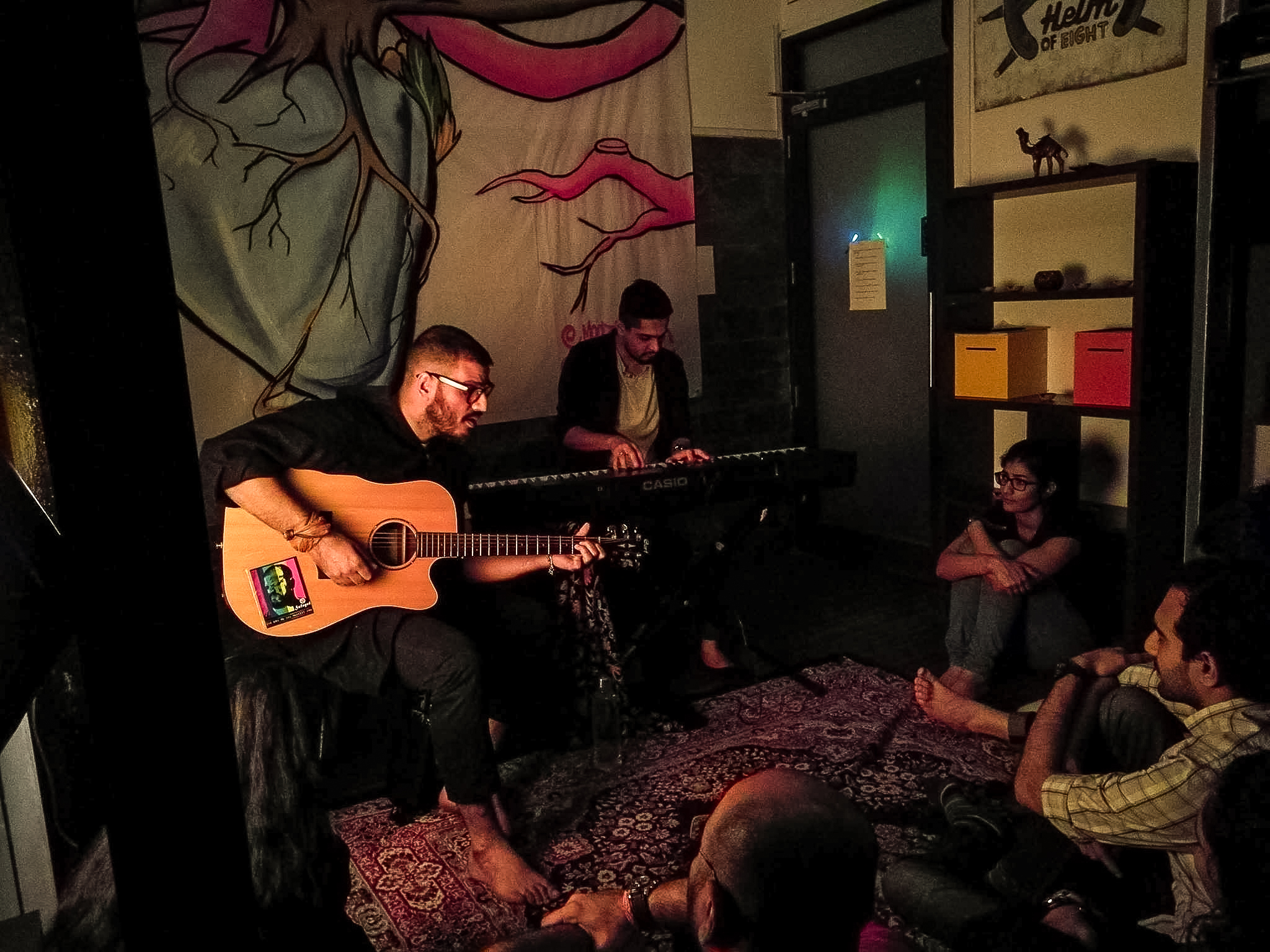 I felt emotionally drained after the performance, but intensely satisfied. I was almost in tears by the end.
This is one performance which will be etched in my memory forever, and I am sure our audience feels the same!

Someday, I would love to have an ALIF performance for fellow Steemians. May be at the Steemfest 3? 😉 😇

PS: I have just created my band's account on steemit. We shall start posting our poetry and music soon. Please follow @wordsofalif 🙏🏼 ✨

Brilliant! This is crazy stuff. The place looks amazing too. Keep rocking.

wow. 20 hours. I am also a musician. Soounds like an amazing experience. Thank you for sharing this with us

You got a 3.21% upvote from @buildawhale courtesy of @hardikv!
If you believe this post is spam or abuse, please report it to our Discord #abuse channel.

wonderful music....
thanks for sharing this post.
i love india.
best of luck.

wow. keep growing and one day, people will queue to see you. All the best. God is music, music is god

Thank you hardikv for making a transfer to me for an upvote of 12.79% on this post!

Wow must have been a wonderful time for your audience, specially the blindfold part. Are you again going to have any more shows in Mumbai in this month. I will surely come over if you have one

That would be wonderful. We have a few enquiries but nothing confirmed in Mumbai yet. But we are playing in Pune on the 15th of Feb. In case you can travel down please do join :)
Will send you details.

That would not be possible Hardik, since some things already lined up here, no worries I am sure something will work out. Do message me whenever you are in Mumbai

This is awesome and inspiring artistic work! Love it @hardikv ! :)