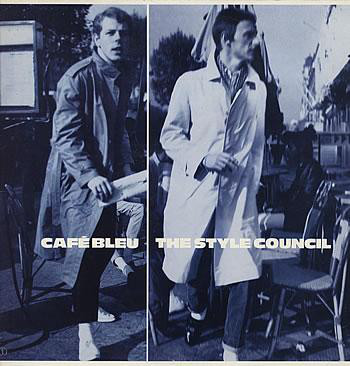 In 1983, Paul Weller took a huge turn in his musical journey. He left the 'rock myth' and 'rock culture' behind him and embraced a more soulful, jazz inspired sound. Style Council was born. In those early eighties, this was an oasis of sound for me. A retreat from the pop culture dominated sounds, the MTV generation.

Weller was criticized widely for his choice to form Style Council, but for me, it was one of the gems of that age. 'Cafe Bleu' being the absolute highlight of the union of Paul Weller and Mick Talbot.

Enjoy listening below. I was surprised to find a full album on YouTube. ;-)