Can narcissism be "cured"? 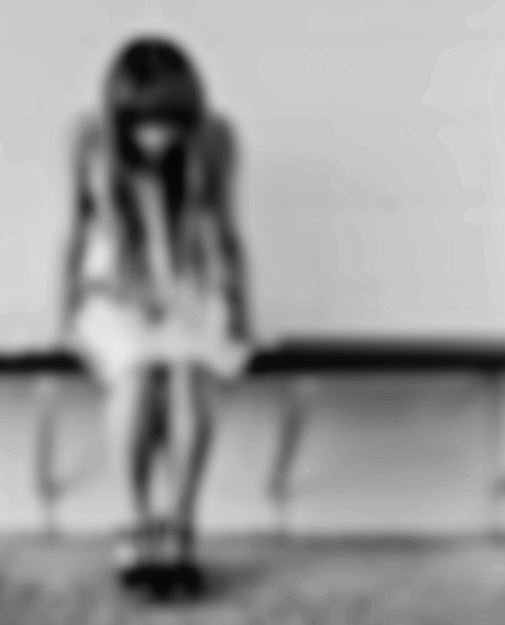 Maybe you’ve heard the one, familiar piece of expert advice on what to do if you’re ever in a relationship with a narcissist. That advice is to leave. Apparently, there’s no hope of ever changing the behavior of a narcissist. They either live in complete denial or they’ve made a conscious, sadistic choice to inflict a pretty calculated system of psychological abuse on their never-ending “supply” of victims.

Look, if your teenager is gaslighting you, leaving just isn’t an option.

I’ve always believed there are ways to affect, influence, and maybe even eradicate the abusive and destructive behavior of narcissists. I refuse to believe this is the one psychological problem we can’t solve. But in navigating the world of psychological abuse, I found it really useful — necessary, even — to let go of the label “narcissist.” Now, I have no psychological certifications or degrees, but I can still put forward rational theories about what I’ve observed and experienced in my own life. And I grew up drowning in this type of abuse: my father fit the criteria of a “malignant narcissist.” But I’m going to suggest to you that nobody is a true “narcissist.” In fact, labels like that can really skew our understanding of how possible or impossible it is to improve human behavior. Labeling someone a “narcissist” makes their behavior seem permanent and defining. Instead, it’s more helpful to simply describe them as people exhibiting narcissistic behaviors.

The experts I’ve read on the subject rarely admit this, but if you're in an emotionally abusive relationship, whether you identify as the victim or the abuser, you likely have a part to play. I’m not talking about physical or sexual abuse here; these ideas on narcissism can’t be applied to those types of abuse. But in the world of emotional and psychological abuse, it’s not a simple abuser / victim dynamic. Negative acts like manipulation, control, devaluation, and other narcissistic behaviors aren’t just bad ideas that originate in the mind of the abuser. These behaviors usually unfold over time, after many cycles of behavior/reaction between two people.

And here’s something else that may surprise you: everyone in a psychologically abusive relationship identifies as the victim. That includes the person labeled the “abuser” by therapists or family members. Which is why there’s no such thing as a “victim” in these situations.

Rather than a clear-cut abuser and victim, what’s more common in these relationships is that both people have habitual patterns of unhealthy behavior in the way they interact. Each behavior is met with a reaction, leading to further behaviors and reactions on both sides that lock people into unhealthy dynamics.

This is not only a more realistic view than to simply demonize the “narcissist,” but also a more hopeful one.

So who am I? I'm an empath. I wasn't born an empath; my mother (who, like my father, also exhibited narcissistic traits) trained me to be one. It’s pretty easy to train a young child to be empathic, and it’s usually done because the parent craves having a loved one who will empathize with them.

How do you teach a child to be empathic? It’s usually not a conscious thing, but if a mother wants empathy from her child (as opposed to giving empathy to the child, which is the norm), she’ll likely begin to reward the child in any number of ways when the child meets her emotional needs. Likewise, she’ll punish or ignore the child who fails to meet those needs. There are various terms used to describe this type of dynamic: enmeshment, emotional incest, or a form of codependency. But this is how a person learns to read and even experience the emotions of others. It isn’t a mystical gift; it’s a learned skill.

If you’re familiar with the literature on narcissistic personality disorder, you’ll already know that empaths tend to pair up with people who exhibit narcissistic traits. Many people assume that’s because empaths attract them. But the verdict on this isn’t in, and evidence suggests to me that empaths have something to do with inspiring narcissistic behavior. There is no clear-cut victim or abuser in this dynamic. Instead, there are submissive and dominant roles that fuel and feed each other. And to make things even more confusing, these roles can switch back and forth.

The point is that narcissistic behavior is less about one person’s disorder and more about an unhealthy relationship dynamic.

As an empath, I noticed a pattern of my own relationships with people exhibiting narcissistic traits. People who didn’t know each other tended to treat me in almost identical, uncanny ways. But it wasn’t until I started recognizing some narcissistic traits in my own children that I began to question all these “coincidences.” What was the common denominator here?

The common denominator was me. These weren’t bad people. And I didn’t feel like the bad person, either. On the contrary, I always felt like the “victim” of this behavior. But was I doing something that triggered in them these certain, specific types of reaction?

Looking at my own children, I certainly don’t see them as abusive. In fact, I don’t even see them as narcissists. But I do see some specific behaviors that I remembered my own parents exhibiting when I was growing up. And it began to seem possible that my children were reacting in a fairly logical way to their environment, which included my behavior and reactions when interacting with them. And, it began to seem possible that my behaviors were simply my own logical reactions in what has become a sort of endless, repetitive cycle.

Finding out what’s truly going on in a psychologically abusive relationship required, among other things, taking a hard and painful look at myself. Is narcissistic behavior entirely the “fault” of an empath? Not at all. Narcissistic behavior isn’t entirely the fault of anyone. But I'll be sharing what I've learned from personal experience about narcissistic personality disorder over the next several months. I hope you'll stick around, and thanks for reading.