I’d like to start making posts that are focused around fantasy sports. I’ve been a fantasy sports enthusiast since 2005. I participate in all 4 of the North American major sports, however my winning % has been much higher (50% of leagues) in NBA and NHL leagues. Over the years I’ve developed strong sports knowledge and I’d like to share that with the Steem community in the future.

I want to specifically focus on the players that have changed home venues and see whether or not their new threads will come with better fantasy stats.

I’d like to start making posts that are focused around fantasy sports. I’ve been a fantasy sports enthusiast since 2005. I participate in all 4 of the North American major sports, however my winning % has been much higher (50% of leagues) in NBA and NHL leagues. Over the years I’ve developed strong sports knowledge and I’d like to share that with the Steem community in the future. I want to specifically focus on the players that have changed home venues and see whether or not their new threads will come with better fantasy stats.

Often time, I’ve noticed the fantasy sports community over rate players that get traded or sign with new teams. This might be because we add the element of the “unknown”. We feel that change for a player is mostly a good thing and will rejuvenate his career. I completely disagree with this notion. In most cases, players stats regress (especially in their first year) with their respective new teams. This could be because of a plethora of reasons such as having to learn a new playbook, build chemistry with a new roster, getting your mind straight with the move and having to adjust living in a new city, etc. Seldom do you find that players excel on a new team unless all the chips fall perfectly in place, such as; good connection with the coach, team philosophy that fits your game, or you just get much more of the action being on a weaker team.

Without further delay, let’s have it. I’d like to start with… 1. D'Angelo Russell – Latest news is that the nets are committing to starting Lin and Russell together. Lord please have mercy on the Brooklyn’s away team scoreboard crew because they are going to be busy! No matter how poor that tandem will be defensively, I see Russell’s fantasy stats on the rise. 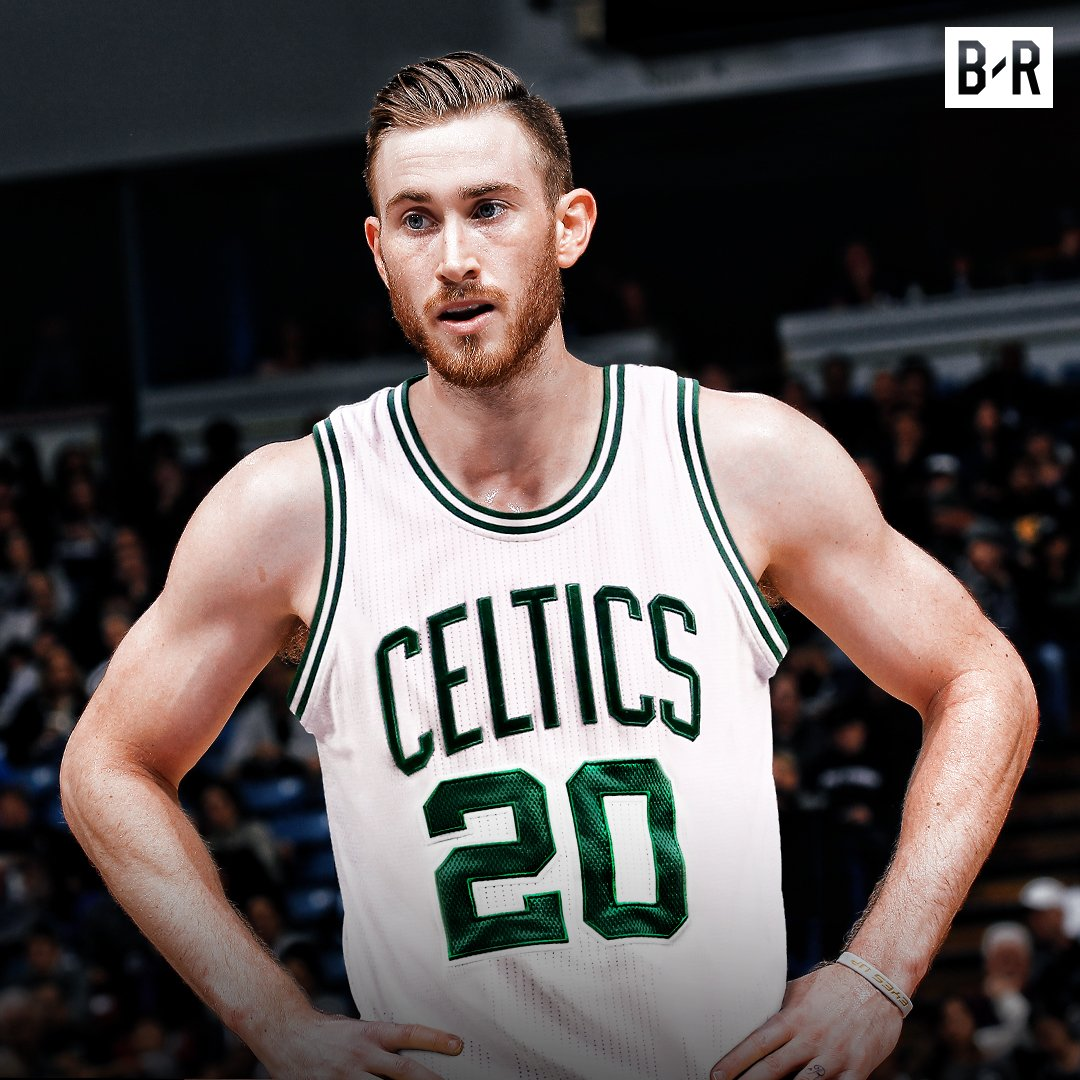 2. Gordon Hayward – All though this might be a good real life move for both Boston and Hayward, I see his scoring numbers taking a hit. Isaiah dominates the ball, they have many scoring options and Hayward has to get accustomed to a solid system already in place. With that said he’s still a very consistent producer across the board. Just don’t reach for him!

3. Dwight Howard – I personally dislike Howard solely because he never fulfilled his potential. He rode his freakish strength and athleticism for a few good years and lately have been coming back to haunt him. He did not work on his game in his 20’s and thus you see an aging center who can’t even hit an 8-foot hook shot. I see him fading even further this upcoming season. I would stay far away from him on draft day 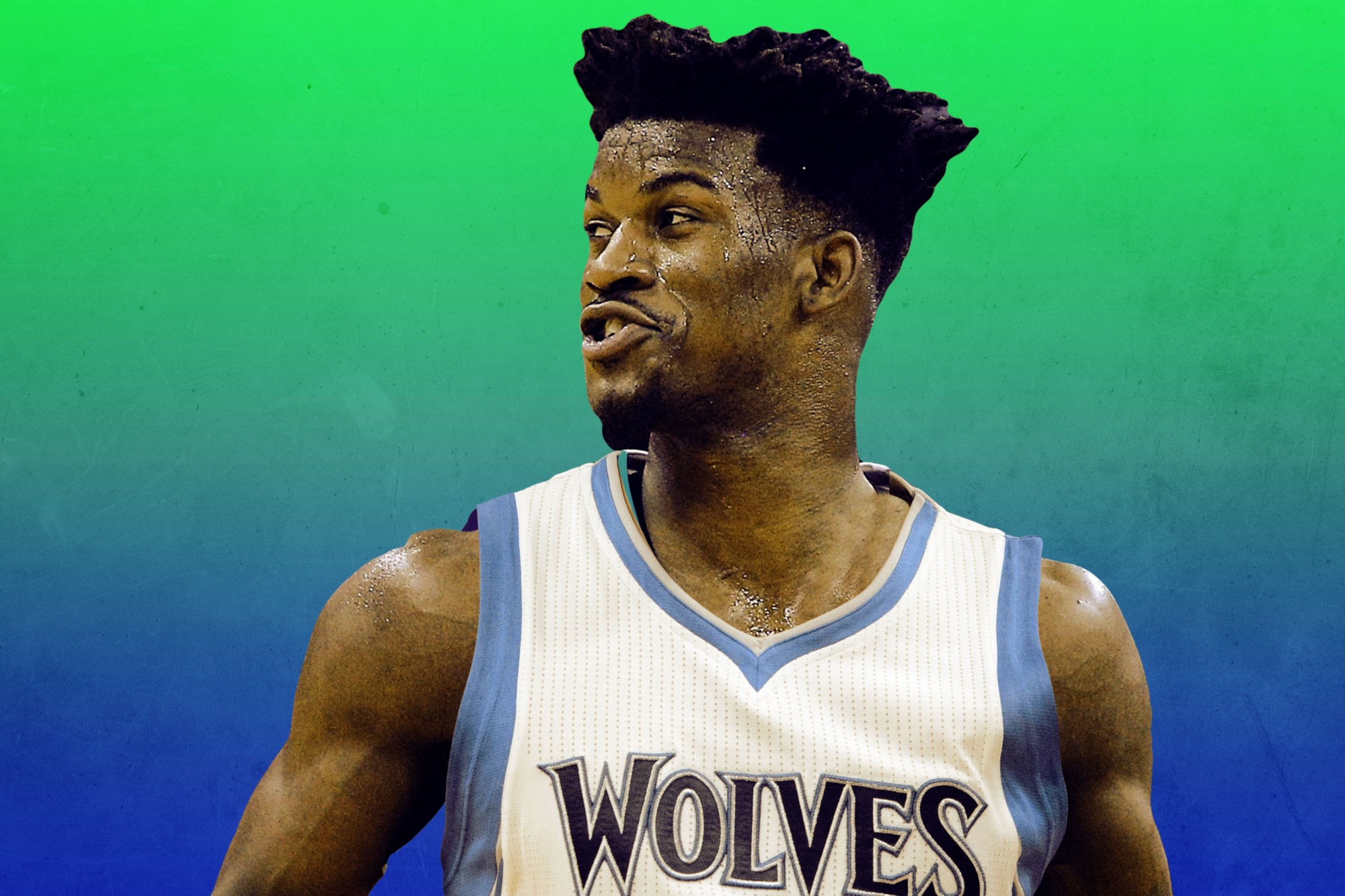 4. Jimmy Butler – We know that Tibs is looking forward to having Butler on his squad again. Butler will be asked to guard the best wing option on the other team on a nightly basis. He will also be competing with Towns and Wiggins for shots in a slow-paced offence. These reasons might take away from his offensive numbers. That being said, Butler is entering his prime looking to prove that he can help a franchise who hasn’t made the playoffs in more than a decade. Don’t pass on him if he falls to you but I wouldn’t reach expecting a total breakout year. 5. Paul George – While I do see George maintaining his efficiency from last year (career high fg% at 46), I just don’t see him being able to average 24ppg. Maybe it’s just me but Westbrook is who he is. This is the first time we’re going to see George play 2nd fiddle to a superstar so it should be interesting. I would drop him 5-10 spots on draft day. 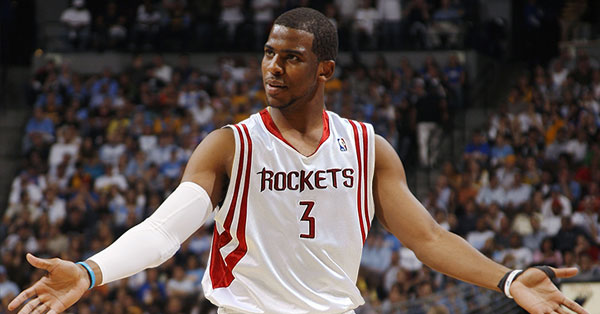 6. Chris Paul – Save the biggest name for last. He is easily the toughest prediction to make for the upcoming year. Some experts are completely against the situation in Houston. I understand where these experts are coming from. 1 ball for 2 premium playmakers. That’s not to mention Melo might end up in Houston as well.
I’m on the flipside of this argument. I believe Chris Paul’s overall talent will shine through and through in Houston’s fast paced offence. I understand this is a bit of a bold call but I think Chris Paul will thrive in the D’Antoni system. He will match if not surpass Harden’s assist totals from last year and hit a ton of triples. Don’t shy away from drafting him late in the 1st round.

I would love to hear your feedback and opinions on the NBA players that have moved this summer.

I want to see D-Lo succeeding in Brooklyn so bad to prove the Lakers wrong but at the same time, there are so many guards on this squad that it will result in a timeshare between them. Thus, limiting D-Lo's stats unless he can truly distinguish himself.

Yeah that's a good point. I'm curious to see how many minutes D-Lo ends up getting. I feel like the main scoring option on the team is his role to lose.

It's funny how Dwight is a double double machine and a pretty good defender in the paint yet he's such a liability because he wasn't able to evolve with the game and can't knock down FTs...hackadwight all day!

I like the list and the analysis. CP3 is the hardest one to call. I don't see a middle of the road scenario for him and Harden - they either work or they don't.

Where do you think Kyrie fits in here if he goes to say, the Knicks?

Great question! If he goes to the knicks or suns, his stats will take a bump in the positive direction. He's entering his prime and has a point to prove to the rest of the league. Don't be shocked if he challenges for the scoring title. I'd draft him a round higher (mid-early 2nd round) if he got traded.

Hadn't thought of him challenging for a scoring title, but that is a distinct possibility. Good point!

Through the short clips I've seen of CP3 and Harden playing together, they seem to have some decent chemistry and the ball was flowing. Worst case scenario though, Ty Lawson 2.0 where neither of them can work off ball enough to be productive although I do not see that happening.

Love the Jimmy Butler move for the Timberwolves...NBA should be great next season! Every game will matter because alot of teams improved this offseason.

Bitter-sweet that they got rid of Rubio. T-wolves fans have loved him and I would've liked to see what he could do with this team. Teague is definitely a better shooter which the T-wolves desperately need, but I'm not sold on him.

I am also a big fan of fantasy basketball
I'm feeling a breakout elfed payton season :3

Payton is fun fantasy player to own. His defensive prowess and above average rebounding stats make him a fun own. He does need to improve his shooting from the line and hit more triples to be an elite pg.

Hey man, great article and I hope to see you when I start hosting pick'em for the NBA season.
What do you think about JJ Reddick's fantasy value this year vs the past few years. His shooting just appears, like all the great 3 pt shooters, to get better with age and I think Philly is a place where he will be able to thrive in Brett Brown's offense. Your thoughts would be greatly appreciated.

Thanks for the feedback. I had to do some research on JJ after you posed the question. I feel that at this point in his career, he is what he is. He's been a model of consistency over the last 5 years. 15-16 ppg a game and 2.6 triples a game. We know he can't create offence off the bounce so his scoring numbers and assist totals won't take a bump. The one thing he could improve on is his 45% shooting which is not bad a for sg anyways. He did manage 48% in 2014 and 2015 though.

Factors JJ has going for him in 2017 - contract year, possibly a bigger focal point in the faster paced offence, going to be looked at as a leader in the locker room who's somewhat "been there, done that".

Factors against JJ - age (33), learning a new offence, he'll miss CP3 finding him at the 3 point line in transition, Griffin kicking out of a double team (all though Fultz and Embid will have something to say about that)

All in all, I won't bump him any higher on draft day.

JJ's tough to predict, but here's my two cents. He took the third most shots per game last season in a not-exactly-slow moving offense, and benefited from actually being healthy for the full season unlike most of the other Clippers. I don't see him continuing to get nearly 12 shots per game in a lineup that includes Embiid, Simmons, Fultz, and a very talented Dario Saric. Okafor likes his shots, so does Convington. He'll definitely be the beneficiary of Embiid double-teams, and Simmons (potentially) has a rare elite court vision...but that just describes the Griffin/CP3 situation he came from.

So I'd say lower shot volume, lower offensive numbers. And let's just say he's not going to start making up for that with steals and blocked shots ;)

Haha excellent analysis buddy! I agree it will be tough for JJ to get a lot of looks on a young Sixers team that's exploding with talent. Simmons does have great court vision though and I expect him, Fultz, and Embiid to find JJ on some open looks. It will also keep the defence honest in having to guard the rest of the team 1 on 1. You can't leave JJ to help on Embiid! He will burn you with the long ball!

Awesome man, appreciate you looking into it and dropping some knowledge. Your post got me to get my notebook out and start prepping for draft time. I needed a little boot in the ass and interesting articles that sound exactly like me and my friends talking, although obviously put together in a better way than our convos would be. Anyway, thanks again and I'll see ya soon!