In a tumultuous fortnight for the LNP-IPA government after explosive examples of corruption, rorting and a sex scandal, Barnaby Joyce has finally resigned as Deputy PM.

On July 2 2016 Barnaby Joyce was re-elected to his New England seat, later on October 27 2017, he was disqualified under s 44 of the Constitution and was removed from Parliament.

Despite what Joyce says, people are not concerned with his private life, instead they are concerned with his rorting of expenses and corruption. What this indicates is that it is time for a Federal ICAC to get rid of the rot of both sides of Parliament.

Debt and Deficit Disaster Ongoing under the LNP. The Abbott-Turnbull promised to reduce the debt and instead have increased it totally destroying the myth that LNP are better economic managers. Australia only has $2.5 trillion in superannuation yet the Turnbull government wants to give away $2 trillion to the US to bolster their ailing infrastructure.

PM Turnbull has flown over 22 superannuation fund managers to the US in preparation of signing off on the deal.

It appears that the move is a sweetener to get the US back into the controversial TPP deal that Australia is pushing.

Thanks for the update. I just heard on the news that Barnaby Jones's resignation. It just happens when the PM is out of the country - very convenient? What's happening to our country? What's left for us when we keep giving money away? 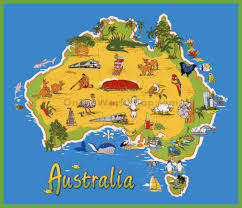 Exactly! The PM is holding onto his illegitimate government by a slither . He only has one seat majority and has lost 27 Newspolls in a row. What happens next is anyone's guess....

You got a 1.31% upvote from @buildawhale courtesy of @aussienews!
If you believe this post is spam or abuse, please report it to our Discord #abuse channel.