North Korea to Stop Nuclear Tests, peace on the horizon on Korean Penisula and more 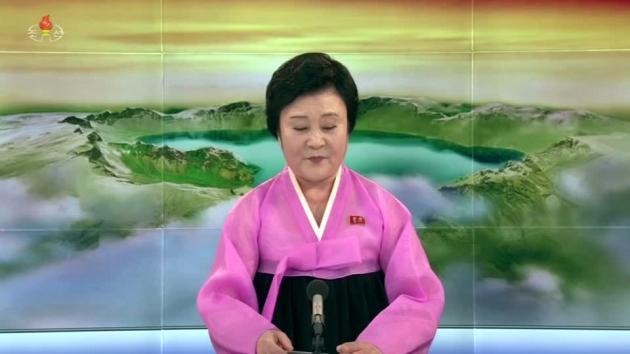 North Korea said on Saturday it would immediately suspend nuclear and missile tests, scrap its nuclear test site and instead pursue economic growth and peace, ahead of planned summits with South Korea and the United States. North Korean leader Kim Jong Un said his country no longer needed to conduct nuclear tests or intercontinental ballistic missile tests because it had completed its goal of developing the weapons, the state-run Korean Central News Agency said. Which is a big accomplishment for the Trump. A historic moment is set for this Friday when South Korea’s President Moon has a summit with Kim Jong-un. Ending the Korean War, 68 years after it started, is under serious consideration. But some mainstream media is trying to put a negative spin on this and possibly derail peace. For which media this is you can find in the Link.

Another western reporter who went on the ground in Syria reported for German state media broadcast ZDF. The veteran reporter, Uli Gack, interviewed multiple eyewitnesses of the April 7 alleged chemical attack and concluded of the testimonials: “The Douma chemical attack is most likely staged, a great many people here seem very convinced.” The German government supported the airstrikes by the US, UK, and France in response to an alleged chemical weapons attack. But a new report has said the airstrikes infringed upon international law. "Military force used against a state to punish it for infringing an international convention violates the prohibition of force under international law," said the report by the German parliament's non-partisan research service. OPCW Finally Arrive to Syrian ‘Chemical Attack’ Site, Collects Samples.

Weeks after President Donald Trump thanked Saudi Arabia’s Crown Prince for his country’s use of U.S. military power, the U.S.-backed coalition bombed a wedding party in Yemen, killing at least 20 civilians including the bride. Some reported that casualties rose to 120 people. On social media, journalist Glenn Greenwald reminded readers of the U.S. connection to Saudi Arabia’s assault on the impoverished country, which has led to what the U.N. has called “the worst man-made humanitarian crisis of our time” and which would not be possible without U.S. support.

You should also check out a great article about how the military has conducted dangerous biowarfare experiments on Americans, over and over. "On September 20, 1950, a US Navy ship just off the coast of San Francisco used a giant hose to spray a cloud of microbes into the air and into the city's famous fog. The military was testing how a biological weapon attack would affect the 800,000 residents of the city. The people of San Francisco had no idea...."

You should also check an article about how MSM Is Frantically Attacking Dissenting Syria Narratives, and It Looks Really Bad.

All the links to the stories you can find here: https://libertydotreport.wordpress.com/2018/04/23/north-korea-to-stop-nuclear-tests-peace-on-the-horizon-on-korean-penisula-and-more/