Syria, what happend so far 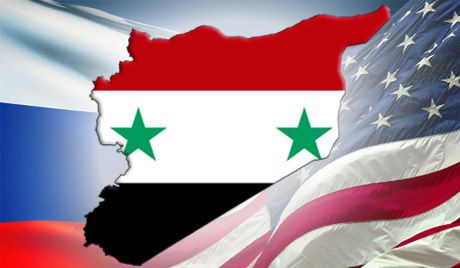 The USA on April 13th with France and the UK launched 105 tomahawk missiles on Syria. As a response for the alleged chemical attack in Douma by the Syrian government. Hitting 3 supposed chemical facilities. Who according to the USA government, all targets were hit successfully. Donald Trump did say that they are not going to launch any more missiles as long as chemical attacks don't happen again.

Donald Trump after the attacks posted on Twitter: "A perfectly executed strike last night. Thank you to France and the United Kingdom for their wisdom and the power of their fine Military. Could not have had a better result. Mission Accomplished!"

Interestingly it's the same words, "Mission Accomplished", George Bush used after the month of fighting in Iraq just before the real conflict started, with 10 000s of deaths with military presents still today.

While Russia claims that Syria air defense using Russian old air defense s120 and s200 systems destroyed 71 out of 105 tomahawks. Russia called this an act of aggression on another country without UN security council approval. Germany and Italy said that it will not participate in military action, and Germany also said that it does support it. UK prime minister said Theresa May said that those attacks are legal and moral. Russia did call for emergency security council meeting because of Syrian strikes and asked for a vote to condemn us strikes on Syria, but the vote didn't pass.

Syria released the footage of destroyed complex, where u can see a guy walking around the rebels without any protection, which puts in to question of chemical weapons in this facilities because if they were the chemical would be released and spread out miles from the facility.

While secretary of defense in the USA Mattis said before the attacks that they don't have any evidence of the supposed chemical attack in Syria. OPCW did arrive in Syria on Saturday on a fact-finding mission.

While the UK's independent journalist on the ground in Syria, says that this was oxygen deprivation rather the chemical attack. The confusion happened when white helmets yelled gas, one doctor in Syria said.

Russia warned us if they strike Syria again it will respond. It also its delivring newer defense system to Syria, S300s.
The USA will not pull out of Syria until it has accomplished its goals.

You can find links here: https://libertydotreport.wordpress.com/2018/04/17/syria-what-happend-so-far/