Sanctions against Russia? did not hear ... 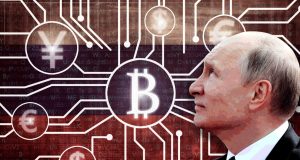 Ex-CIA official Mark Johnson told MSNBC television that bitcoins would be an alternative to international payments involving Russia. According to Johnson, bitcoins will allow Russia to bypass sanctions.
Bitcoin is a crypto currency that allows you to secure transactions through encryption. Since the transaction is checked and registered by other users, it can not be faked. But more importantly, it guarantees that the payer is anonymous.

Yes, I heard some sanctions, I think it is right. Making sanctions is the only on to have improvements.