Blockchain – the future of healthcare? 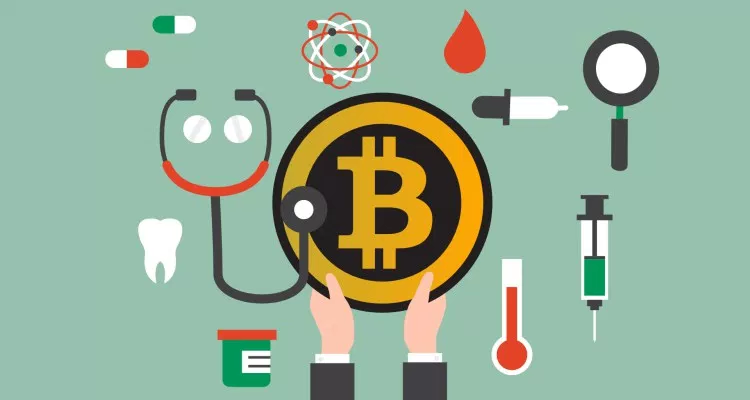 If you have not heard of Bitcoin, Ethereum or blockchain, it’s time to pay attention. The cryptocurrency world is exploding with entrepreneurs and investors wanting a piece of the new internet.

Whilst much of the hype is driven by greed, speculation and the promise of quick riches, there is a much more fundamental paradigm shift occurring. Blockchain (the foundational technology behind all of the above) is here to stay, and it’s changing the world. The use cases range from electronic cash to food provenance, land registry security to supply chain transparency. Let me elaborate a use case in healthcare by illustration:

Mr Jones sees his GP in the NHS. After some investigations she refers him to a specialist as she is concerned he has cancer. The earliest appointment with a specialist is in two weeks’ time. Mr Jones is distressed by this and requests a private consultation for tomorrow. Not having access to the GP record or his test results, the specialist repeats the blood taking and CT scan. This is inconvenient, costs money and poses some risks but Mr Jones wants to get it done. He pays upfront for the tests and applies to his insurance company to reclaim this expense. He is told it will take 3 weeks for his refund.

Surgery is booked when the tests confirm his fears. Unfortunately, the anaesthetist is concerned about his heart condition. The GP surgery has the details of this, but is now closed. The IT system they use is not compatible with the one in the private hospital so multiple faxes will need to take place in working hours when the receptionist gets time.

Eventually all paperwork is in place and the operation occurs. Mr Jones is billed for a number of procedures, some of which the insurance company now dispute were necessary. He finds himself out of pocket but is happy that his cancer is now removed.

Two weeks post operatively Mr Jones develops a wound infection. He attends his local A&E who has no record of him or his procedure. The private clinic is closed and they too have a different IT system. The admitting doctor prescribes some antibiotics. Though Mr Jones is allergic, he is too unwell to recall this and has a nasty reaction requiring Intensive Care.

The story illustrates problems with centralised data and lack of interoperability. We also see bureaucracy in action and processes taking much longer than they should. There are costs and risks of duplication. The providers want to do as many procedures as possible to generate revenue. The insurers want a healthy patient that pays his premium but doesn’t require care. The patient wants to feel secure he will have access to and be able to afford quality care, but is left in the middle, completely disempowered. Something needs to change. And blockchain can fix this how?

In a decentralised future scenario, Mr Jones has his medical record (well the hash or digital fingerprint thereof) on a blockchain. He alone has the private key to allow access to this information. Because the record is distributed and all participating parties have a copy (securely encrypted until Mr Jones provides the key) the GP, specialist and A&E doctors are all able to access this at any time. Mr Jones receives micropayments from big pharma when they perform big data analytics on his anonymised record. Perhaps he receives a discount on medications or benefits indirectly from the research knowledge gained.

His health insurance plan (also on a blockchain) interacts with the providers as he attends the different points of care. Pre-approved in his plan are the treatments and costs his insurance will cover. He only needs one set of blood tests and one CT scan (and therefore half the cost incurred). When he presents to A&E, his allergies are known about as are the details of his surgery.

In fact, the heart rate and blood pressure measurements he does at home have been uploaded to his medical record on the blockchain as they are IoT (Internet-of-Things) enabled. The GP has already had an alert and sent a prescription to his mobile phone (as a digital asset on a blockchain) which he has redeemed at his local pharmacy (which by the way is also linked to his medical record and insurance plan).

As a result, his wound infection is detected earlier; he avoids sepsis and doesn’t need A&E in the first place. Actually, he is in quite good shape. His insurance company validates data from the fitness monitoring devices and his regular visits to the gym (recorded on the blockchain) – bringing his premium down. The government are interested in this data too. By allowing access, his National Insurance contributions are lower too (Wellness encouraged means Illness reduced).

Of course we are a long way from this future. However, by adopting a decentralised approach to healthcare, we remove data silos, enable interoperability and enhanced process speeds. We maintain tight security but simplify access. Because the uniform platform is shared by all participants, the costs are not duplicated but shared. There is no delay in claim underwriting and payment because the smart contracts on the blockchain allow automated decisions.

Healthcare providers don’t need to send invoices to patients or insurance companies and wait for payment clearance. The transaction on the shared ledger represents the invoice, the transfer of funds and the receipt; it represents the episode of care; it even documents the outcomes or potential complications – which are then auditable and can be used to alter the value-based remuneration. Patient Reported Outcomes are used instead of the antiquated fee-for-service model. The incentives for good practice are built into the code. 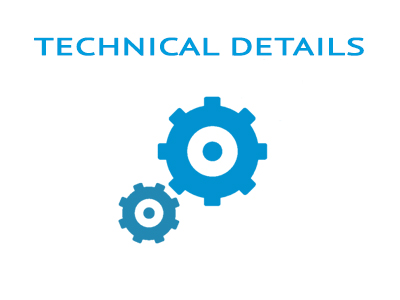 In essence, blockchain is a distributed, tamperproof database, which is shared and maintained by the multiple parties engaging with it. Each new record added can only be done so through consensus; agreement is reached by authenticating transactions through hashing and open source algorithms. Once confirmed by a majority, the timestamped events (in a block) are validated and remain cryptographically chained to the previous blocks – as an immutable, auditable, transparent proof of the event. It may sound confusing but read on.

Participants in the ecosystem broadcast transactions onto a shared ledger (i.e. everyone shares an identical copy). Once enough of the community agrees the event is true, it is permanently added to the record and linked to the previous records. The links are unique fingerprints (hashes) in the chain and must be traceable back to the very first block. Any attempts to change the ‘version of the truth’ will need the transaction (and all related blocks) to be altered simultaneously – on all records, on all computers holding a copy. This requires an enormous computing and energy commitment.

In addition to that, the rules are such that only the longest chain of events is valid. Any attempt to create a different chain will need to be created faster than the other (more commonly agreed) version of truth in order to be accepted as true.

Finally, miners compete to validate each block (in the Bitcoin proof-of-work scenario at least). First to solve the puzzle wins and is rewarded with bitcoin. Because it is expensive to mine (provide electricity and computing power to solve the puzzle), good behaviour is incentivised with bitcoin and bad behaviour (e.g. trying to create a false version of truth such that you have the longest chain) is dis-incentivised. It’s clever crypto-economics and game theory.

What this all means is that in any situation in which multiple parties unknown to each other need to transact, we have traditionally employed an intermediary. Visa, Paypal, Amazon and our banks are obvious examples. We agree a ‘trusted’ central authority as arbiter of our affairs. The proof of ownership of your home resides on the land registry. Your bank balance is what your bank says it is.

Of course, for the most part, we can trust these institutions. But once in a while, a central database is hacked or manipulated. Suddenly, your identity has credit card debt or has committed a criminal offence. Or is having medical procedures for which your insurance company is being billed.

Perhaps the medication you take is not the compound made by the pharmaceutical company but has been substituted along the way. Which database do you trust? wow, that's really interesting. What do you think, which country would be the first one implementing that?

Congratulations it's beautiful @gazur . Must feel great - that is a lot of work!

@originalworks
It's a really great post @gazur! Read through the whole thing and damn did it take some time haha :). Keep up the great work!

The @OriginalWorks bot has determined this post by @gazur to be original material and upvoted it!

For more information, Click Here! || Click here to participate in the @OriginalWorks sponsored writing contest!
Special thanks to @reggaemuffin for being a supporter! Vote him as a witness to help make Steemit a better place!

you read it in 4 minutes? XD

@reported has voted on behalf of @minnowpond. If you would like to recieve upvotes from minnowpond on all your posts, simply FOLLOW @minnowpond. To be Resteemed to 4k+ followers and upvoted heavier send 0.25SBD to @minnowpond with your posts url as the memo

Congratulations @gazur! You have completed some achievement on Steemit and have been rewarded with new badge(s) :