Combined with a lot of stress, the fight for water 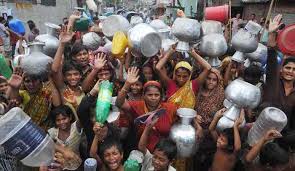 There are many other lacks in the Rohingya camps, now it is again fighting morning and evening for the water. In the Rohingya camps, each tube is surrounded by 30 to 40 women, men and children. Someone is bathing and others are busy with smoke and smoke. The children are also standing by the line, waiting for the opportunity when the stars will move away. Here, 100 to 150 Rohingya families use each tube. 85 percent of shallow tubewells installed at the beginning of the Rohingyas are now in vain. As a result, Rohingyas have a severe crisis of drinking water.

The Directorate of Public Health Engineering, Ukhia said that 338 government officials have been installed in the Rohingya camps till now and 473 deep tube wells have been set up privately. Apart from this, 20 percent of the deep tube wells set up by NGOs are inefficient. Many deep tube-wells are being rendered inadequate due to lack of reform. As a result, it is known that the problem is not bigger than 50/100 rupees for the spare parts.

Due to the drop in the water level in the dry season, water is coming in few tube wells. Can not meet the needs of everyone with this little water. As a result, there is a severe crisis of food water in Ukhia's Rohingya camps. The Department of Public Health Engineering started the installation of deep tube well to meet the demand of water but it is not yet finished. These information was revealed on Monday morning with the Rohingyas in Madhurachara, Lambasiya, Moinarna Gona, Tajenimarkhola Camp in Ukhiyar. They alleged that the contractor involved with the installation of the tube well was looted money. As a result, the defective tubewells are not looking for reforms.

Naim Islam, 26, son of Shamsu Alam, from Tambazar, Myanmar said that it was difficult to keep inside polythene jumps in the Kutupalong Lambasiya Camp at the extreme temperatures. Children and older people suffer more due to lack of water. They are being attacked by various diseases.

Rohingya moderator Abdul Majid of Lambasia camp said that many people from the countryside have been working day to day collecting water. However, most of the Rohingyas are using canals, canals, ponds and water bodies. For that reason, many Rohingya women, men and children are being affected by water borne diseases.

In this regard, the engineer of the Upazila Public Health Engineering Department, Iqbal Hossain said, in the meanwhile, fifty five deep tube-wells have been set up for Rohingya camps and locals. However, the camps set up by different organizations in camps

Due to lack of reform most of the people have become inactive. Apart from this, the problem has worsened as the water level goes down in the current drought season.

Asked about this, Ukhia Upazila Health and Family Planning Officer. Mejbah Uddin said, due to the decline in water level in Ukhia-Teknaf, there was a severe shortage of drinking water. As a result, the situation of Rohingyas can be more dangerous. He said that the number of patients born in the water year-less is more. However, the spread of camps is a little more.

He said that due to the location of toilets and tube wells in the Rohingya camp, it can easily be mixed in the water of ointment germs. As a result, the number of diarrhea, typhoid, jaundice (hepatitis-hepatitis-E) in Rohingya camp is expected to increase day by day.