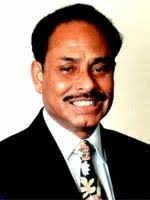 Unrest in the country is everywhere. So the people of the country want change. Former President and Jatiya Party Chairman Hussein Muhammad Ershad commented that the common people want to see a peaceful government led by the Jatiya Party again.

He said many more BNP leaders now join the Jatiya Party. Because the National Party is the potential power in the next election.

Ershad said, there is no further election. In the name of election seals are killed. I hope no one can beat the next election. Because the world has looked at this election.

ATM Alamgir was a member of the BNP Parliamentary Party in the 5th and 6th parliament from Comilla-10 (Laksam-Manoharganj) parliamentary constituency.