So today i desided to bring Nigeria and its political issues to Steemit.
This post is on the most recent order by the president whict is the "OPERATION PYTHON DANCE".

Please read through before you start commenting and don't forget this is just one man's opinion. 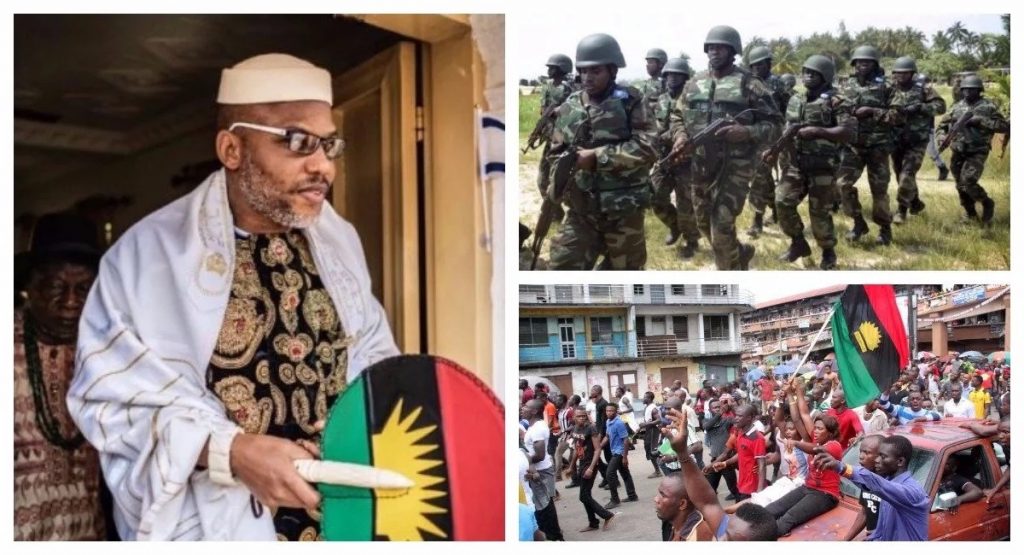 Sometime last year, I was discussing with Obinna about IPOB and Nnamdi Kanu. He said something poignant to me. He said that for him, he thinks Nnamdi Kanu is a clown and that his IPOB followers are just a bunch of misguided fellows. He told me he has no support for their movement and would rather they just shut up. But, he also said that even as he doesn't support them, if he has a brother or cousin among them who gets killed by the Nigerian Gov't on account of peacefully protesting in the streets, he would have no choice but to support their agitation and not let his brothers die for nothing.

Just like Obinna, I do not support the IPOB agitation, neither do I have any affection for Nnamdi Kanu. I think all he has done is spread hate and lies. My views about him and his deluded supporters notwithstanding, it will be hard for me to ignore the fact that these guys have been treated with utmost injustice here.

It is important for us to remember, that up until now, all these guys have done is talk nonsense. Sure, there have been a lot of hate speeches, outright lies and just plain idiocy from them but all it has been, has been just talk. For all their hate speeches against other tribes, there have been no account of them murdering those other tribes living within their towns.

Furthermore, while we all agree that Nnamdi Kanu has flouted ALL his bail conditions, he still has an upcoming court date. Either of two things could have happened that day. He shows up in court and gets thrown back in Jail for flouting all his bail conditions as the rule of law demands OR he doesn't show up in court and a warrant goes out for his arrest. All this Gov't had to do was WAIT.

Wait for the stipulated court date.

But no, Nnamdi Kanu called Buhari Jibrin from Sudan and he has to be shown that you can't insult a retired general and live to tell about it.

Again, we have to point out that up until the army decided to do their "show of force", IPOB members had not killed anybody yet. No one, in good conscience can look at this situation and say these guys are to blame for the current escalation into violence. You cannot blame the violent outbreak now on the fact that they threw stones and bottles at fully armed soldiers, because even when they were alone in an enclosed space, they had been shot and killed. There is only so much bullying someone can take before they lash out, even at a superior force.

You call yourself a Humanist but you laughed when they ran away on seeing the tanks and then you still called them foolish for regrouping and throwing stones and bottles at the tanks. It appears to me, that just because you don't like them, any thing they do is wrong and deserving of violent repression. Your Gov't is carrying out human rights abuses on unarmed citizens of its own country and the best you can come up with is "Why did they have to throw bottles at the soldiers?" 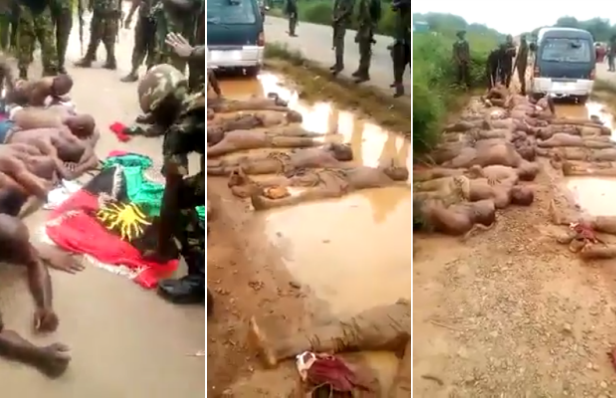 The Nigerian Gov't and it's Army have been known to carry out extra-judicial killings and human rights abuses everywhere they go. That is a known fact. As a Humanist that you call yourself, I don't see how that would bother you less than the fact that these guys threw bottles at soldiers. This is simply victim blaming.

I think however, that all this stems from our screwed perception of freedom and choice. For many of us, we tend to support freedom of choice only when the choice is what we like. This is why religious people will scream "Live and let live" but have no problem using loud speakers to disturb their neighbours at night.

This is why we are quick to lynch Homosexuals and justify it by saying "It's not our culture."

This is why we applaud it when Policemen beat up a girl for having tattoos all over body or beat up a boy for sagging his trousers and braiding his hair. We say "It's immoral."

We all have our reasons but it all boils down to the fact that we don't like the choices of those people. Those 'Others'.

We don't like them. Therefore, what ever happens to them is their own fault.

What is happening now is but a symptom of our collective moral failure. Our system of correction by violence. Where every perceived insult, stubbornness, immorality etc is met with strong violence, and violence only. 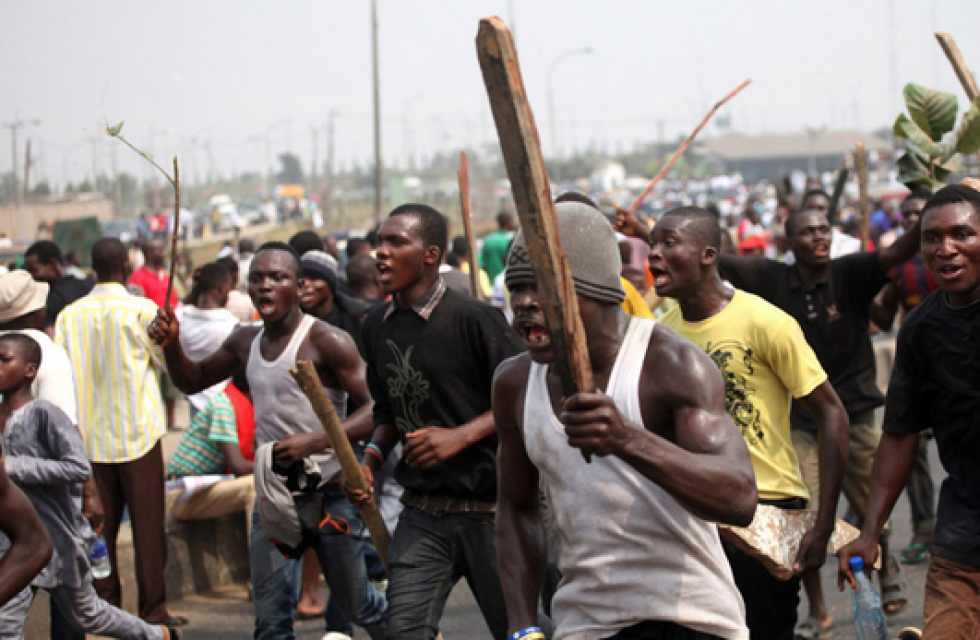 Your child is recalcitrant? Beat him.
That guy stole? Lynch him.
IPOB is Insulting the Nigerian Gov't? Murder them. Show them who's boss.

Something has to change. Sadly, I don't see this change anywhere is the nearest possible future.

I guess I'm just tired.
Please air your view in the comment section we might get lucky and someone in autority will get to read this.