I love ice cream. It was one of the things I thought I would miss most about LCHF (low carb / high fat nutrition). It turns out I'm fine without it. Nonetheless, it appears they make keto ice cream. The only reason I'll look into it is when I research fat bombs. So, no Keto Dream ice cream but I did find a mug! I'm about 2 weeks into LCHF and am pretty sure I'm in ketosis. If not, that would be awesome because it means I'll be more woke. It's funny that if I tell anyone what I'm doing they generally eye me up and down and say "you don't look like you need to lose weight." Note that I called LCHF nutrition and not a diet. I'm doing this for my brain more than my body. Of course, the physical benefits are huge as well and that's outside of weight loss.

Weird things happen as you transition to LCHF and ketosis. I've worked hard to avoid worry and similar emotions / thoughts as there are better solutions. So when my body gives me a hint that something is amiss, it's easier to turn to Google and query keto + [whatever is happening].

I found this on a forum in answer to someone's question about keto dreams. It's an interesting thought (and wishful thinking but I don't think that's the answer.

I wonder if it's some indication of a healing process that's taking place.

A couple of LCHF friends asked me how I was sleeping when I began transitioning off of carbs. It was fine so I didn't think anything of it. Well, it turns out I just had to wait. First came the dreams. Then my sleeping patterns changed. During my divorce I started taking sleeping pills. From there, I discovered that out of my marriage I was able to be calm and didn't need them anymore.

So I did what I say I do and I googled it. People in ketosis find they can't fall asleep and they wake up earlier. Yeah, both sides of it. Some of them say they cheat and add carbs to sleep. I've committed to 30+ days of strict keto eating so I'm not cheating. I'm going to enjoy the ride and make adjustments to everything but the carbs and see what happens.

My friend Bernd is from a small town outside of Munich. He is the most efficient person I know. By that I mean that he eats and sleeps less than any other person I've ever met. Always has (and I've known him since the last time the Dodgers won the World Series so you know it's a long time!) No, he doesn't eat LCHF. Bernd eats like crap. What does Bernd have to do with my being in ketosis and not sleeping much, you ask? I also find that I'm not eating as much or as often. I'm not at the point of fasting (so maybe I'm not in ketosis yet). I am at the point of having by Bulletproof coffee in the morning and then having 2 meals (brunch and linner). Last night I ran off schedule and wound up skipping dinner with no problem and didn't wake up very hungry. I'll snack on some nuts during the day but really not much else.

Obviously, it's more efficient to fuel on fat than sugar. So I'm wondering if the same is true for sleep having fallen asleep around 1:30am last night and woken up a little before 7:00am this morning. [He yawns as he types that.]

I don't know if I'd call them nightmares (yet!) but I had to google it. Here's the first thing Google returned. 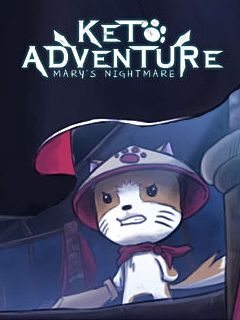 I dunno. I guess you can follow me as I'll be posting about my keto journey with my experiences and discoveries.

This post has received gratitude of 2.13 % from @appreciator thanks to: @dlew.

You got a 100.00% upvote as a Recovery Shot from @isotonic , currently working as a testing trial, courtesy of @dlew!